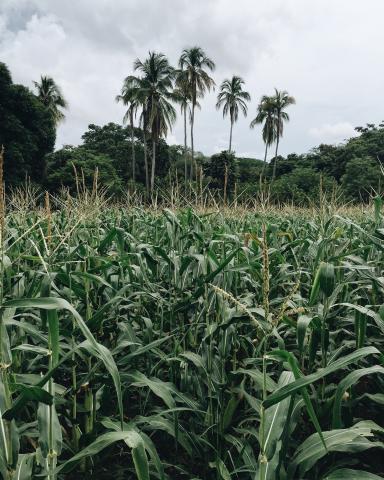 Laudato Si': First anniversary: The following article examines the impact of the encyclical Laudato Si’ one year since its publication.

Nuclear disarmament: Lessons from Hiroshima: August 6 marks the anniversary of the atomic bombing of Hiroshima. Despite President Obama’s visit to Hiroshima in May, where he called for a “world without nuclear weapons,” nuclear weapon spending by the U.S. is at an all-time high. In May, Pax Christi International Washington Working Group (which includes the Maryknoll Office for Global Concerns) hosted a webinar entitled “Nuclear abolition and why we as U.S. Catholics should work for it at this time.” The following is an excerpt from the opening talk by Joan Chittister, O.S.B.

Global migration crisis: From bad to Brexit: The following article examines the passage of the referendum in the United Kingdom to leave the European Union, commonly known as “Brexit.”

Cambodia: Human rights abuses: The government of Cambodia is currently implementing one of the worst crackdowns against the opposition political party and human rights organizations in recent years.
Syria: A memoir of a mission of peace: Maryknoll Office for Global Concerns intern Maggie Heidepriem contributed to the following review of Never Can I Write of Damascus: When Syria Became Our Home, a memoir by Theresa Kubasak and Gabe Huck about their seven- year mission of peaceful presence among the Syrians, Iraqi and Palestinian refugees in Damascus, newly published by Just World Books. Immigration: Supreme Court deadlocked: The Supreme Court ruling leaves approximately five million people in the shadows of our economy and our communities. Honduras: Berta Cáceres on military “hit list”: The following is an update on the investigation into the murder of Berta Cáceres in Honduras on March 3.
Panama: Barra Blanco hydroelectric dam: The indigenous Ngäbe people resist construction of a dam on their land in Panama.
Venezuela: Calling all to the table: Returned Maryknoll Lay Missioner Lisa Sullivan, who has lived in Venezuela for more than 30 years, writes about the current economic crisis.
Sustainable peace: Ending torture: On June 22-23, members of the Maryknoll Office for Global Concerns attended the 19th Annual June Torture Survivors Week conference and advocacy day in Washington, D.C., organized by Torture Abolition and Survivors Support Coalition (TASSC).
Economic justice: IMF's failed policies: The following article describes the study “Neoliberalism: Oversold?” published in the June issue of Finance & Development by the International Monetary Fund.
UN: World Humanitarian Summit: On May 22-23 the first–ever World Humanitarian Summit took place in Istanbul, Turkey.
UN: New plan for ending HIV/AIDS epidemic: Following the UN civil society hearing on ending HIV/AIDS in April, ministers, heads of governments, and civil society representatives gathered in June for a UN High Level Meeting on ending HIV/AIDS.
Resources: Read and endorse the final statement of the Nonviolence and Just Peace conference, register for the upcoming Pax Christi USA National Assembly, prepare for World Day of Prayer for Care for Creation, and much more.