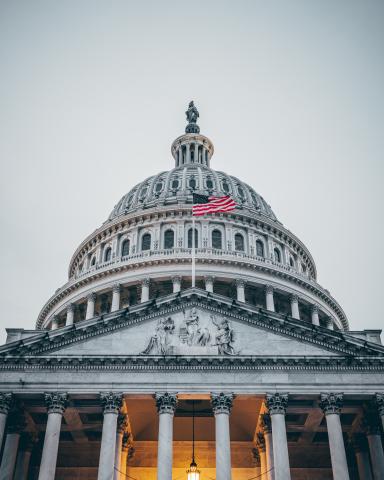 The Maryknoll Office for Global Concerns is producing a series of two-page policy issue briefs on key global concerns topics. This is an excerpt from the latest brief on U.S. sanctions policy. The following article was published in the March-April 2022 issue of NewsNotes.

Economic sanctions are often presented as a nonviolent alternative to military action by governments seeking to influence or coerce foreign leaders. Far from nonviolent, however, many sanctions target non-combatants and result in death on a scale comparable to war. There are many forms of sanctions, targeting different kinds of economic activity, from freezing a corrupt leader’s assets to imposing broad trade embargos. Both their effectiveness and their impact on civilians vary widely.

Economic sanctions became a popular tool of foreign policy during the 1970s and ‘80s when an international program of boycott, divestment, and sanctions was employed against the apartheid regime in South Africa. But the potential of sanctions to devastate vulnerable civilian populations – especially women and children – became evident when U.S.-led United Nations sanctions in Iraq in the 1990s and early 2000s reportedly led to the deaths of over 250,000 Iraqi children.

When sanctions are solely punitive and too broad, civilians pay the price. Under current U.S. sanctions in Iran, for example, essential items such as medical goods are exempt, but by targeting institutions such as national banks, shipping, and currency exchanges, sanctions make it exceedingly difficult for hospitals to import needed equipment and medicines. Risk-averse financial institutions are unable to secure assurances that they will not run afoul of sanctions, so they either refuse to do business in sanctioned countries, or charge exorbitant fees to do so, thus driving inflation and making food and medicine unaffordable.

The impact of sanctions on civilians depends upon a combination of financial, political, and diplomatic factors. After the U.S. withdrawal from Afghanistan, the United States chose to recognize the Taliban as an international terrorist organization subject to sanctions rather than a legitimate government. As a result, desperately needed Afghan government funds were frozen as millions of Afghans faced food insecurity and impending starvation. Despite U.S. efforts to license humanitarian activities, lack of clarity over what activities fall under Taliban rule might violate sanctions inhibited relief efforts.

The United States has increasingly employed sanctions with the express goal of regime change, often explicitly seeking to inflict suffering on civilian populations to provoke them into rising up against their own leaders. Studies have repeatedly found that this strategy has the opposite effect, leading populations to rally around otherwise-unpopular governments in the face of foreign economic aggression.

Experts suggest sanctions are most effective when employed by international coalitions, in conjunction with other diplomatic efforts, and with a combination of “carrots and sticks” offering the target country a clear path toward having them lifted. Instead, U.S. sanctions have too often been leveled unilaterally, as punishment alone, without accompanying diplomatic efforts. The Iran nuclear agreement exemplified the kind of multifaceted approach most likely to succeed, but the U.S. pulled out of this international agreement in 2017.

Too often, the use of sanctions violates Catholic values of nonviolence and just peace by failing both to protect the vulnerable and to effectively advance the cause of reconciliation and sustainable peace. Even when employed with legitimate objectives such as halting corruption, human rights violations, or preparations for war, Catholic social teaching requires that sanctions “be used with great discernment and must be subjected to strict legal and ethical criteria.”  They should be applied:

Sanctions are a complicated tool of international relations, taking myriad forms and functioning within a wider framework of diplomatic or military action. Faithful citizens must: