Zimbabwe between a crisis and a kairos opportunity 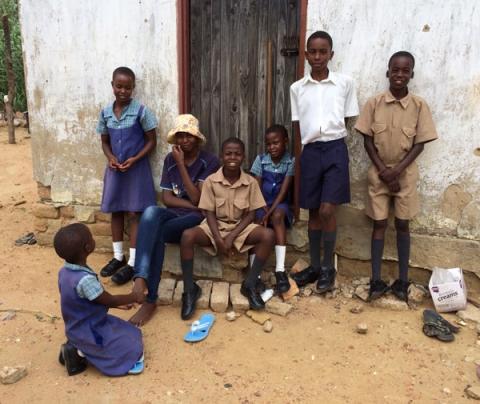 The current situation in Zimbabwe is not just a crisis but an opportunity for the birth of a new nation, according to the major Christian church bodies in the East African country. Leaders of the Evangelical Fellowship of Zimbabwe, the Zimbabwe Catholic Bishops' Conference, and the Zimbabwe Council of Churches detailed the opportunity as they see it in a pastoral statement issued on November 15, two days after military leaders seized control of the government from longtime president Robert Mugabe, who leads the ruling Zanu-PF party, and left the citizens of Zimbabwe uncertain of who is in charge. The three-page statement entitled "Zimbabwe between a crisis and a kairos (opportunity): The pastoral message of the churches on the current situation," is as follows.

Luke 19:41-44
As he came near and saw the city, he wept over it, saying, “If you, even you, had only recognized on this day the things that make for peace! But now they are hidden from your eyes. Indeed, the days will come upon you, when your enemies will set up ramparts around you and surround you, and hem you in on every side. They will crush you to the ground, you and your children within you, and they will not leave within you one stone upon another; because you did not recognize the time of your opportunity (KAIROS) from God.”

1. The Moment of Truth

Many Zimbabweans are confused and anxious about what has transpired and continues to unfold in our nation. While the changes have been rapid in the last few days, the real deterioration has been visible for everyone to see for a long time, especially during the public political rallies of the ruling party, coupled with the deteriorating socio-economic situation.

On the 30th of October 2017, during the signing ceremony of the Memorandum of Association between Zimbabwe Catholic Bishops’ Conference and the Zimbabwe Council of Churches, it was again highlighted that the abrasive and exclusionary politics, the increased use of ethnic identities dominating the public discourse, especially at the public political rallies and in the media, would further fragment and threaten the already weak cohesion of our society.

Now we have reached a new chapter in the history of our nation.

As we look at this situation as the Zimbabwe Heads of Christian Denominations (ZHOCD), we are reminded of the warning of Jesus in Luke 19:41-44. Jesus weeps over Jerusalem when he saw the catastrophe of its destruction and the massacre of the people that was imminent, “because they had not recognized their opportunity (KAIROS) when God offered it” (Lk 19: 44).

We see the current situation not just as a crisis in which we are helpless. We see the current arrangement as an opportunity for the birth of a new nation. Our God created everything out of chaos. In order for something new to be born we need to clearly define our problem. Proper naming of the problem will give us a clear sense of where we must go as a nation.

2. What is the nature of our problem

It may be easy to describe our problem in terms of the economy and the accompanying myriad of social challenges. But all these are manifestations or symptoms of a deeper disease that has affected the nation for a long time. This was the challenge of the loss of TRUST in the legitimacy of our national processes and institutions. There is a strong sense that our hard-earned Constitution is not being taken seriously. There is not enough confidence whether the separation of the three arms of the State, the Executive, the Legislature and the Judiciary are functioning in proper relationships of checks and balances. There is a deep concern that there seem to be no clear distinction between the ruling party and the Government. There is concern that the priorities of the poor have become relegated to charity of those who have access to national resources without proper commitment to addressing the root-causes of these problems. There is a general feeling that the wheels of democracy have become stuck in the mud of personalized politics where the generality of the citizenry plays an insignificant role. It is this lack of democratic renewal and the resulting stagnation, sterility and fatigue that has culminated in the current situation.

To be fair, this situation is not only the doing of the ruling party and Government. It is also the result of the connivance of the different arms of the state and complicity of the Church and Civil Society. All of us at some point failed to play our roles adequately. The Church has lost its prophetic urge driven by personality cults and superstitious approaches to socio-economic and political challenges. Civil Society over time has become focused on survival and competition and lost the bigger picture of the total emancipation of the population. But the current situation is also a result of the many people in the ruling party who feel outdone, who enjoyed unbridled access to the trough of patronage. Journalists fanned the politics of hatred by giving it prime space in the name of sales and profits. All Zimbabweans must take some blame for our current situation.

The Church makes the following calls:

4.1 Call to Prayer for the Nation We call the nation to a moment of prayer for repentance, deep reflection and discernment. We all need to go before God and ask God to forgive us for ways in which we contributed to the situation through neglect or wrong action. We need individual and collective deep reflection on what this means for all of us as individuals, families, churches and the nation. We need to find meaning in this situation. We also need to collectively and individually discern the next direction for us as a nation.

4.2 Call to Calm and Peace Right now, there is not enough information and many people are peddling opinions as facts. Some misinformation is causing despondency and fear. We are calling for peace and calm. Let us not sensationalize the situation but encourage calm and be modest in our engagement.

4.3 Call for the Respect of Human Dignity We are aware that the Zimbabwe Defense Forces is currently managing the situation. But we want to make it clear to them that it is their responsibility to ensure that human dignity and rights are respected. This is not a time to allow for lawlessness and vindictive and selective application of the law.

4.4 Call for a Transitional Government of National Unity The Zimbabwe Defense Forces have stressed that theirs is not a military coup, but an effort to manage the current situation. In the light of this position, we are calling for the formalization of a transitional government of national unity that will oversee the smooth transition to a free and fair election.

4.5 Call for National Dialogue Finally, we are calling the nation to a table of dialogue. The current situation gives as an opportunity to reach out to each other. There is no way we are going to go back to the political arrangements we had some days ago. We are in a situation that cannot be solved by anything other than dialogue. This dialogue cannot only happen within the ruling party. What we need is a National Envisioning Platform (NEP) that will capture the aspirations of all the sectors of society. The church alongside other stakeholders in the private sector, academia, and other spheres can establish a NEP as an inclusive space to enable Zimbabweans from all walks of life to contribute towards a democratic transition to the Zimbabwe We Want.

Finally, the Church derives its mandate from its stature as a sign of hope in a situation of despair and discouragement. God has put the Church in the nation so that it can be a conduit for the healing of the nation.

God has promised that: “If my people who are called by my name humble themselves, pray and seek my face, and turn from their wicked ways, then I will hear from heaven, and forgive their sin and heal their land” (2 Chron. 7:14). We are the people of God who are being called to champion the spirit of reconciliation. The Church is made up of those who have been reconciled to God and hence is called to be a sign of this reconciliation by calling the nation to reconciliation. Zimbabweans can find each other again as they did in the 1960s and 1970s when they joined hands against the colonial forces; Zimbabweans can find each other again like they did when the signed the Unity Accord and stopped the self-destruction in Matabeleland and Midlands; Zimbabweans can find each other again like they did when the produced the current national Constitution; when they shared power during the Government of National Unity; there is no chasm that is too big not to be crossed through the power of reconciliation. Without reconciliation and openness to a process of shared national envisioning, we are all doomed.

We can either take the current situation as a mere crisis to be resolved by a winner-takes-all mentality or we use this as an opportunity for us to find one another to build something that is permanently healing for our nation. The first option spells disaster for us and future generations. The second option allows us to embrace our situation as a Kairos, an opportunity given to us by God to dream together that another Zimbabwe is possible!

“If you, even you, would only recognize on this day the things that make for peace!” Luke 19:42