What is in the ‘new NAFTA’? 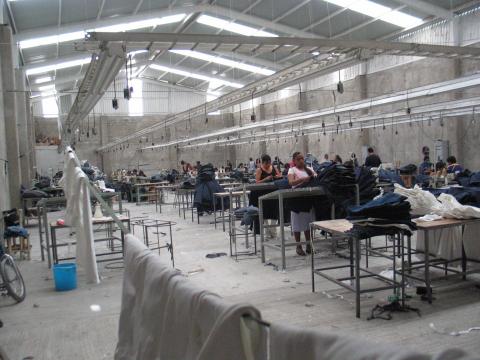 A new trade deal between the United States, Mexico, and Canada makes improvements in a few areas but expands corporate rights in others. The following article was published in the Janaury-February 2019 issue of NewsNotes.

On December 1, the three North American countries signed the United States-Mexico-Canada trade agreement (USCMA) to replace the twenty-five year-old North American Free Trade Agreement(NAFTA). Commonly referred to as the ‘new NAFTA’ or ‘NAFTA 2.0,’ the USMCA will only go into effect after it is ratified by each country’s legislature.

Overall, the USMCA makes tweaks around the edges of the original deal and leaves in place a broken economic model that will not lift people out of poverty or allow creation’s glory to flourish.

The USMCA rolls back protections for medicines, giving more power to the pharmaceutical industry. NAFTA already enabled drug prices to rise in all three countries. Domestically, U.S. legislators and the Trump administration want to reduce wait times for generic drugs and lower medicine prices but the new deal will lock in current U.S. law.

For the first time, biologic drugs – costly but life-saving drugs for cancer and existential conditions made of living cells – will be patented. The patent will be longer than other drug classes. The agreement will also allow companies to reformulate a drug from a capsule to a liquid and extend the patent life.

The USMCA offers improvements for workers in Mexico and the United States. In order for the agreement to go into force, Mexico must first pass reforms such as contract transparency, the right to collective bargaining, and protections for union activities. The three countries must also meet obligations to the International Labor Organization Declaration on the Rights at Work.

The new deal mandates that 40-45 percent of auto content be manufactured by workers making at least $16 per hour. This could raise wages for Mexican autoworkers and prevent further job loss in the United States’ auto industry. Real wages have stagnated in Mexico by nine percent since NAFTA went into effect in 1994. These improvements will be useless without strong enforcement measures, however, which the USMCA lacks.

Mexico’s water and land became more polluted under NAFTA due to the boom of maquiladoras and extractive industries. The new NAFTA will roll back environmental protections. It doesn’t mention all seven multilateral environmental treaties standard in trade agreements.

One bright spot is the cut of a NAFTA chapter on “energy proportionality” which required the United States and Canada to export a portion of oil and gas to each other. This will make it easier for the countries to reduce greenhouse gas emissions.

The new deal mostly ends privileges that allow corporations to sue governments for lost profits when they feel their investments have been treated unfairly. Litigated in secret and judged by a panel of corporate lawyers, this process was used by companies to avoid regulations protecting public health, the environment, and others that serve the common good. Maryknoll-supported DHUMA (Association for Human Rights and the Environment) in Peru defended indigenous communities in one such case against a Canadian mining company.

Unfortunately, the USMCA provides a provision for oil and gas companies to continue using the mechanism. If the deal goes into effect, all companies will have three years to use the mechanism before it is phased out.

The elimination of this mechanism is welcomed, but a new chapter may give corporations an even stronger voice in regulatory laws. The deal’s “good regulatory practices” and sectoral rules go beyond the system and allow corporations to challenge, delay, and weaken new regulations. It also encourages deregulation.

In February, the House is scheduled to convene a series of hearings on the USMCA text and impacts of NAFTA. Congress has 90 days to vote up or down on legislation to approve the text based on rules established in the “Fast Track” trade authority legislation. Once the International Trade Commission releases its economic assessment of the new deal in late February or early March, a vote in Congress will likely follow.

The Maryknoll Office for Global Concerns is working with the Interfaith Working Group on Trade and Investment and the USCCB to advocate for greater access to medicines in the final text. We also plan to advocate for tougher enforcement of environmental and labor provisions.

Image: Maquiladora in Mexico. Photo by By Guldhammer/Public Domain.