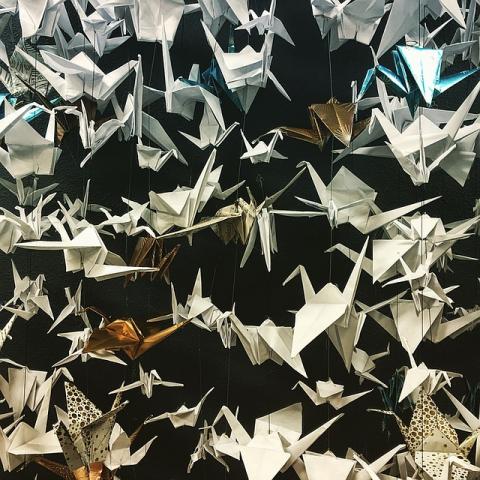 The following article raises our concerns for the global common good in the U.S. presidential and congressional elections in 2016. This article was published in the September-October 2016 issue of NewsNotes.

As the United States approaches the 2016 presidential and congressional elections, Maryknoll missioners recognize that people around the world are growing more and more interconnected each year. While Maryknoll is based in the U.S., Maryknoll Sisters, Fathers and Brothers and Lay Missioners work in over 30 countries, in Asia, Africa and Latin America. Maryknoll missioners know that the people we serve embrace the same desires for peace, security, economic prosperity and human dignity that people in the U.S. hold.

Yet in this election season we see our beloved country torn by rhetoric of extremism and partisanship, hatred and division, with political discourse appealing to our basest instincts. In stark contrast to ‘shock politics’ that demonizes opponents and fears the other, Pope Francis reminded Americans in his address to Congress last September: “You are called to defend and preserve the dignity of your fellow citizens in the tireless and demanding pursuit of the common good, for this is the chief aim of all politics.”

Our bishops and many Catholic leaders have called for more civility in our public discourse to promote genuine democracy as we approach the November elections. As the Leadership Conference of Women Religious eloquently reflected: “We cannot let the voices of hatred and fear carry the day. We call for a return to civility in our discourse and decency in our political interaction that promotes the common good, reaches out to others, engages in constructive dialogue, and seeks together the way forward.”

It is our hope that presidential and congressional candidates will clarify their commitment to the global common good, and that voters will crutinize candidates’ policy proposals through the lens of those who, both in the U.S. and overseas, are affected by poverty, violence, human rights violations, trade policies and ecological destruction.

In upcoming debates and campaign messaging we call on candidates to address the concrete ways they hope to promote sustainable pathways to true security and peace – through cooperative engagement and support for intrinsic human needs: housing, access to healthy food, access to clean water, medical care. We look to our political leaders to advance U.S. policies that will promote a new economic model that embodies social and ecological values bound by Earth’s limits, a sufficiency-based economy where all people, regardless of gender, race or other characteristics, equitably share access to the gifts of the land that nourish and sustain them.

Pope Francis urges us in his encyclical Laudato Si’ to respond to “the cry of the earth [and] the cry of the poor” to “protect our common home”. We face today a climate crisis of unprecedented proportions that is contributing to global migration levels never before seen, with over 60 million refugees and displaced persons on the move in a life and death struggle.

At the same time we see a world beset by terrorism and violent conflicts, “a kind of Third World War being fought piecemeal” as Pope Francis has called it. On the other hand, “within this atmosphere of war, like a ray of sunshine piercing the clouds, resound the words of Jesus in the Gospel: ‘Blessed are the peacemakers’.” The Vatican conference on nonviolence in April that Maryknoll, Pax Christi International and other Catholic organizations convened was part of this ‘sunshine.’

It has sparked a new dialogue on nonviolence in the Catholic Church with the aim of transforming a world engulfed by war and challenging the mindset that sees violence as justified or even redemptive. As if he’s speaking to U.S. voters in this election, Pope Francis reminds us in Laudato Si’: “We must regain the conviction that we need one another, that we have a shared responsibility for one another and the world, and that being good and decent are worth it. We have had enough of immorality and the mockery of ethics, goodness, faith and honesty.” (229)

We urge U.S. citizens to exercise the right to vote and help our country advance the common worldwide desire for peace, genuine security and human dignity. Let us leave behind the acrimony and language of fear and violence. Let us make these elections a positive contribution to the better world we all believe is possible.§