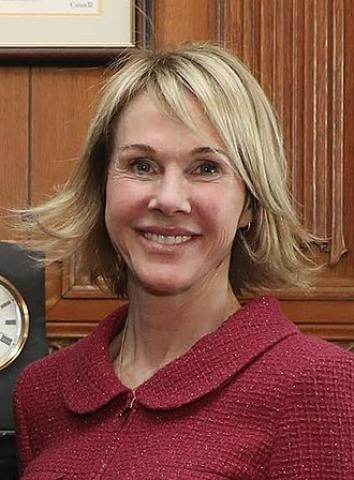 At a Senate Foreign Relations hearing on June 19, Kelly Knight Craft, the current U.S. Ambassador to Canada, and nominee for U.S. Ambassador to the United Nations, was questioned about her hundreds of absences and conflicts of interest related to extensive investments in coal and other fossil fuel industries in light of the UN’s priority focus on combating climate change. The following article was published in the July-August 2019 issue of NewsNotes.

President Donald Trump’s nominee for U.S. Ambassador to the United Nations, Kelly Knight Craft, together with her husband, holds investments in 54 different energy companies, and is estimated to be worth close to $1.2 billion. These numbers come from a 2018 financial disclosure form Knight Craft had to file with the State Department and the Office of Government Ethics to serve in her current position as U.S. Ambassador to Canada and were reported in PassBlue, an independent journal focusing on United Nations matters.

At a Senate Foreign Relations hearing on June 19, Senator Edward Markey of Massachusetts observed that Knight Craft’s disclosure form showed her personal holdings in oil, coal and gas assets were worth more than $63 million. Because of the structure of the standard financial disclosure form, a solid estimate of the Crafts’ net worth is hard to pin down, but a good guess would be $1 billion to $1.2 billion.

The Crafts showered Donald Trump’s presidential campaign and the Republican Party with millions in campaign contributions in 2016. Since then, they have spoken in support of the president’s pro-coal agenda —despite its deadly impact on the environment and the health of billions of people around the world. President Trump named Knight Craft the U.S. Ambassador to Canada in 2017. Presumably, Trump expects the couple to continue contributing large amounts of money to the Republican Party through the 2020 elections.

Knight Craft was nominated to the UN job partly because she had won Senate confirmation before, when she was appointed ambassador to Canada, and is likely to win confirmation again, even though the UN post has until now been reserved for more highly skilled and experienced individuals. The Crafts are also old friends of Senate Majority Leader Mitch McConnell, whose campaign has also benefited from their largess. In the hearing, Senator Robert Menendez stated, “I have deep reservations about your lack of qualifications for such a complex and challenging role.”

When she began her stint in Canada in October, 2017, Knight Craft was asked her views on climate change and responded, “I believe there are scientists on both side that are accurate.” However, at the hearing on June 19 she reversed herself, saying, “Climate change needs to be addressed, as it poses real risk. Human behavior has contributed to the changing in climate, let there be no doubt.”

Despite this, she did not completely separate herself from the Trump Administration’s denial of climate change, asserting that “We withdrew from the Paris (Climate) Agreement because we feel like we don’t have to be part of an agreement to be leaders.” She also referred to an Environmental Protection Agency report last April showing a 14 percent drop in U.S. human-generated greenhouse gas emissions from 2005 to 2017. However, she ignored the report’s finding that these emissions increased by three percent in 2018.

The seriousness and immediacy of climate change has become impossible to ignore. Articles in the New York Times in June reported that melting sea ice forced a starving polar bear to search for food 300 miles south of the Arctic and that glaciers in the Himalayas are melting in summer more quickly than can be replenished in winter.

In an agreement with the Office of Government Ethics, Knight Craft has pledged to recuse herself from personally participating “in any particular matter that to my knowledge has a direct and predictable effect” on her financial interests in the fossil fuel business.

The Senate committee is expected to vote on her nomination in July and there is little evidence that she will have any difficulty getting confirmed despite the many questions that remain concerning her suitability for the UN post.

Photo: Kelly Knight Craft in photo taken by Flickr/Andrew Scheer on January 9, 2018 and available in the public domain.