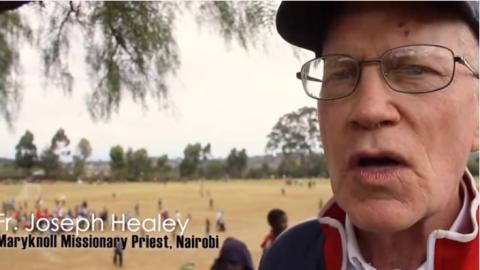 Decades of conflict have taken their toll on the efforts by the United Nations to foster peace. The following article shares the findings of three recent reviews of UN peace and security operations that are at the center of a debate in the UN General Assembly about the necessary changes needed to meet a changing world. The following article was published in the May-June 2016 issue of NewsNotes.

Seventy years ago the United Nations was created to foster peace and stability and to promote economic prosperity and social justice for all. Today there is a shared sense that the global structures entrusted with peace and security are not keeping pace with today’s more complex and interconnected world. Some critics maintain that the peace and security structures of the UN are not doing their job and that the UN bureaucracy is getting in the way of its peacekeeping efforts.

In May, the UN General Assembly will conduct a high-level thematic debate on the concerns of peace and security. The theme of this debate will be “In a New World of Risks, a New Commitment to Peace.” The main purpose of this event will be to engage in a strategic reflection on current challenges to international peace and security. There will be much to discuss.

Last year the UN published three important reviews on its peace and security operations – the report of the High-level Independent Panel on Peace Operations (HIPPO), the report of the Advisory Group of Experts on the UN Peacebuilding Architecture (AGE), and the Global Study report on the implementation of UNSCR 1325, a resolution that reaffirmed the importance of the equal participation and full involvement of women in all efforts for maintaining and promoting peace and security. These lengthy reviews contain valuable lessons about the challenges and difficulties of peacekeeping in the early 21st century.

These extensive reviews shed light on today’s complex and complicated global world and present a detailed analysis of what the UN is doing in peacemaking programs throughout the world as well as detailed recommendations about what to do in the future. Fortunately, two scholars from the Norwegian Institute for International Affairs (NUPI) have synthesized the common themes, key challenges and recommendations of these reports.

Among their findings are the following:  Because the very nature of conflict has changed, it is necessary to shift towards a more people-centered resolution process open to working with new actors and recognizing in a special way the contributions women are making to peace and security. The importance of prevention and the need for a long-term focus is mentioned in all three reports. In a controversial but candid way the reports say that the privileging of the military response to violent conflict is counterproductive.

In commenting on the NUPI synthesis, Youssef Mahmoud, the former secretary general’s special representative and head of the UN peacekeeping mission in the Central African Republic and Chad, makes several important observations. First, the UN can no longer address interconnected global problems in “separate structural silos.” Rather, as the secretary general has recommended, the UN should move from silos to synergy, from fragmentation to partnership.

Second, the NUPI report shows that there is a common concern about the increase in the use of Chapter VII mandates of the UN Charter, the provision that allows a militarized response by UN peacekeepers, to respond to violent conflicts. The reviews suggest that the UN peacekeeping programs should be tools for the advancement of peace and not military solutions to conflict.

Third, the emphasis when responding to current and emerging crises should be on preventing conflicts earlier on by addressing the many political causes of violence. Finally, the reviews recommend that the concept of “peacebuilding” be replaced by the term “sustaining peace.” This concept would free peacebuilding activities from the short-term approach which would allow peacebuilders time and space to identify, engage and support local actors and national structures that would strengthen peace.

As the high-level debate on the future of UN peacemaking efforts draws near, the concept of “sustaining peace” appears to be the overarching framework that will guide the UN in these important discussions. This concept links peacemaking to the current thinking around development, especially the Sustainable Development Goal 16 which focuses on the promotion of just, peaceable and inclusive societies. Building sustainable peace involves activities aimed at preventing the outbreak, escalation, continuation, and reoccurrence of conflict.

Photo: Watch a video about Maryknoll Father Joe Healey and "Playing for Peace," in Kenya, an initiative by Maryknoll missioners in collaboration with other peace workers from Molo Sub-county, Nakuru County in Kenya's Rift Valley Province to bring the people together through sports.