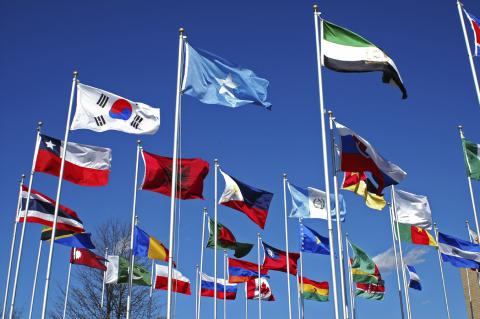 The following report onthe February 2013 meeting of the UN Commission on Social Development was written by Sr. Elizabeth (Claris) Zwareva, MM, who represents Maryknoll at the UN.

On February 5, the NGO Committee on Social Development hosted a Civil Society Forum, jointly sponsored by the UN Department of Economic and Social Affairs’ Division for Social Policy and Development and the Friedrich-Ebert-Stiftung [Foundation], in preparation for the 51st Session of the Committee for Social Development (CSD), which was held February 6-15. The CSD’s theme this year was “Promoting empowerment of people in achieving poverty eradication, social integration and full employment for all.”

The direct service providers, development and grassroots NGOs who attended the Civil Society Forum prepared a statement in which NGOs who live and work among impoverished people elaborated on their desired outcome for the CSD. The document states, “We seek to partner with [people who are poor and most vulnerable] in overcoming inequality. We support their efforts to move out of poverty, have decent work and live in an inclusive society.” In this document, empowerment is defined as “effective participation of individuals and groups in decisions that affect the social, legal, political and economic dimensions of their lives.”

It is evident that the root causes of poverty, social disintegration, unemployment and inability to obtain decent work are found in insecurity: Frequent wars, inclement climatic conditions, social exclusion, among other factors, strip people who are impoverished of the power to make positive change in their lives as well as depriving them of their dignity as persons. The values of integrity, respect for persons and justice together constitute a firm foundation upon which social development needs to be constructed if it is to be sustainable. Without integrity, social conscience is lost, and individualism and power hunger stifles the growth process that is integral to social development. Poverty thrives where the community of life and the integrity of the earth are ignored and therefore people become the means and the earth a mere commodity to be exploited and degraded.

Integrity as honest endeavor is the efficient guide towards inclusive sustainable development that takes into account people who are poor and vulnerable, protecting them from poverty’s harshness. The document states, “Without integrity, there is no social conscience or responsibility.” If there is no conscience and responsibility, people become objects, are excluded and converted into non-participants of the development process. Measures that do not consider the fate of people who are most vulnerable merely tramples upon their rights as persons, converting them into objects or means that facilitate the façade of social development and its stated goals. People – especially those who are most vulnerable and excluded – need to be put into the center of development, a measure that can be achieved through policies that protect them. Therefore political will can be “conceived as a means for pursuing social justice through redistribution.” In order for social development to take root, governments need not only listen to the voice of civil society but to act upon their promises.

The UN’s inclusion of civil society in the discussion is a step forward towards this process. By nature, social development is an ongoing process towards the promotion of wellbeing through “the expansion of the capacity, volition and vision necessary for people to become effective agents” and active participants in decisions that affect their “social, legal, political and economic dimensions of their lives.”

In the process of empowerment, mutual respect can be perceived as enhancing the value of human dignity where every member of society is given the chance to contribute according to his/her maximum capacity. The inclusion of all – children, people with disabilities, people who are elderly, women, and all vulnerable peoples – was of great importance during the 51st Session on Social Development. Therefore, participation can be used as one of the parameters for measuring social development which in turn is expressed within the principle of respect for persons articulated as social justice and the redistribution of power and goods articulated as distributive justice.

Distributive justice spans throughout all aspects of social life. Peaceful living and development cannot effectively prosper because disagreements, schisms, wars and other negative factors disturb the process. Fanaticism and increased arms trade have hampered sustainable social development by disrupting the education process for children, causing hunger and the displacement of peoples from their homes. Development will not prosper in the face of wars and divisions. Therefore distributive justice needs to be articulated as stakeholder justice that takes into account the inherent value of the human being as the main actor within the development agenda in which mere survival cannot be justified.