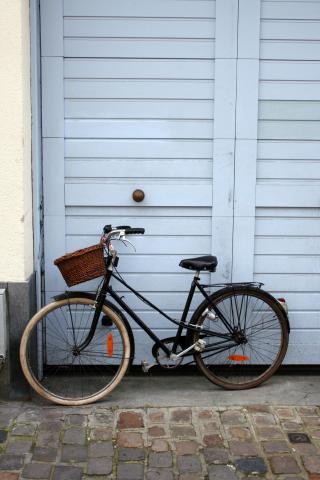 Chuck Collins, senior scholar at the Institute for Policy Studies, recently wrote an excellent article (Can we earn a living on a living planet? The need for jobs and the ecological limits to growth, The American Prospect, Fall 2014) that summarizes well the long-running conflicts between labor activists and environmentalists that make the struggle for a “New Economy” (one that fits within the physical limits of Earth while providing adequate livelihoods) so difficult. Labor organizers often accuse environmentalists of ignoring the real concerns of workers in their struggles for environmental sustainability while environmentalists accuse labor of being unrealistic in demanding ever-increasing economic growth on a finite planet. These and other differences often result in these two groups that should be united, ending up on opposite sides of important struggles.

The economic growth issue is a key area of conflict. Former AFL-CIO leader Ron Blackwell has said, “For most trade unionists, growth means jobs. For many environmentalists, growth means destruction. Given that difference, it is mighty tough to build solidarity.” But it is essential that these two movements find a way to work together. Joe Uehlein, a long time organizer on both sides of this divide, says, “We will fail if we can’t bring these movements together. There is so much at stake. We have to blend our interests if we are going to reduce economic inequality and address the climate crisis.”

Collins sees “an approaching political and cultural clash. As the ecological crisis worsens, environmentalists become bolder, opposing any new fossil fuel extraction and working to put a price on carbon. But as economic inequality accelerates, we demand that our politicians create jobs, raising pressure to weaken environmental standards.”

Uehlein reinforces, “[T]he ‘enviros’ need to understand that we won’t build a movement to reduce carbon emissions without addressing the economic security concerns facing a majority of workers.”

Two policy proposals offer an excellent opportunity to overcome these differences and unite labor and environment to achieve important changes that will be essential to both worker security and environmental sustainability in the future.

One is the pitch for a shorter workweek. As we confront limits to growth such as diminishing resources and climate change, one likely result will be increasing unemployment, which can be partially offset by everyone working fewer hours and sharing the remaining jobs. A variety of methods could shorten the workweek while maintaining salaries at adequate levels. The New Economics Foundation recently released a study, “21 hours: Why a shorter working week can help us all to flourish in the 21st century,” that shows the labor and environmental benefits of this policy and various ways to implement it.

For workers, a shorter workweek would provide more job security and allow more free time to spend with family and friends, care for sick loved ones, volunteer in the community, etc. For environmentalists, a shorter workweek is an important part of reaching a steady state economy that respects Earth’s limits. If humans are to diminish their impact/ecological footprint on Earth, they will need to produce and consume less. A shorter workweek would be a good step in that direction.

The second policy proposal that could unite labor and environment is a guaranteed minimum income. Uehlein points out that in most European countries the labor movement has already embraced the need to move to decentralized renewable energy. But it is easier for them because “German workers have less to fear. They already have a just transition in the form of a social safety net. These German workers are not afraid of losing their health care, pension, paid vacations, and affordable educations for kids.” A guaranteed minimum income or universal basic income would provide that needed security as the economy goes through major changes in coming years and decades. Without a stronger safety net, the labor-environment conflict will likely grow into the political and cultural clash that Collins describes above. Yet, while expanding most aspects of the social safety net is not supported by conservative or libertarian forces, a universal basic income has been supported by thinkers such as Friedrich Hayek, Milton Friedman, William Buckley and the Cato Institute. So while some policies could unite labor and environmentalists, the universal basic income has the potential to unite an even more diverse spectrum of society.

Collins offers other areas that labor and environmental organizations see as important and could serve to unite these historically divided groups, such as increasing energy conservation through retrofitting houses, raising emissions standards and new technologies; putting a price on the release of carbon through a tax or cap; shifting investments away from fossil fuels toward renewable sources of energy; increasing taxes on excessive consumption and very high incomes; and working to re-localize economies, especially food and energy systems.