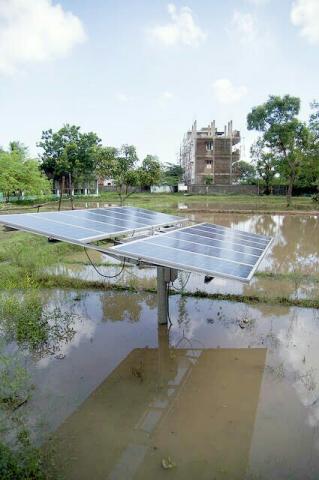 On February 24, the World Trade Organization (WTO) ruled against the government of India’s national solar mission, an initiative designed to reduce the cost of solar power generation in the country. The United States brought the complaint forward despite seeming out of step with the Obama Administration’s climate policy, especially as we approach the likely ratification of the Paris climate agreement in April. In fact, India’s justification for the initiative is that it is a critical piece to meeting their commitment to cut carbon emissions as part of the United Framework Convention on Climate Change (UNFCCC) climate agreement.

According to Ben Beachy at the Sierra Club, since the program began in 2010, India has gone from nearly no solar energy capacity to become one of the world’s fastest growing solar energy producers. The total capacity of India’s installed solar power projects reached 5,000 megawatts in February and is projected to reach 100,000 megawatts by 2022. Solar companies have been flocking to India to join the program and meet the requirement that they use solar components produced domestically. The WTO suit brought by the U.S. was against the “buy local” preference in the law.

The ruling raises questions about whether U.S. state-level efforts to create renewable energy programs and green jobs under the Clean Power Plan could also be at risk for a counter suit by India or a suit from other nations under the WTO. The ruling was cited under the General Agreement on Tariffs and Trade (GATT). It essentially permits countries to bring suits based on antiquated WTO rules that are out of step with the global effort to address climate change. It also jeopardizes preferences for state or local workers or goods.

Similar language limiting “buy-local” preferences is included in the Trans-Pacific Partnership trade agreement. If the TPP is enacted, we may see more conflicts between clean energy programs and trade. India has already started asking the U.S. to justify other state-based renewable energy projects such as Michigan’s Clean, Renewable, and Efficient Energy  Act, which  gives preference to Michigan manufacturers, and Los Angeles’ Solar Incentive Program, which offers incentives for the production of renewable energy and local solar energy job creation.

Over multiple decades we have seen incidences of trade laws trumping efforts to protect and improve the common good. As the U.S. Congress and other nations’ legislatures consider approving the TPP, they will also need to consider whether they want to protect and grow local jobs for a clean energy future.