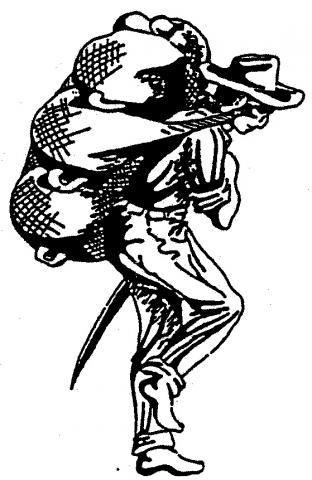 In October Taiwan's legislature passed an amendment to the Employment Service Act, which eases a significant burden on migrants working there. The following article was published in the November-December 2016 issue of NewsNotes.

In the lead up to the vote, thousands of foreign workers took to the streets of Taipei to demand changes in the law that allowed unscrupulous employment brokers to collect brokerage fees from legal foreign workers when they had to leave and re-enter every three years.

"The scrapping of the requirement will be the first step toward cutting the exploitation of migrant workers and toward Taiwan becoming a [land] that adheres to human rights”, said Chen Jung-jou, secretary general of Taiwan International Workers' Association, which organized the protests.

Maryknoll Father Joyalito “Joy” Tajonera, who ministers to the migrant community in Taiwan said the new Taiwan Labor law will save foreign migrant workers from paying exorbitant brokers fees, which range from $3,000 to $7,000.

“The Ministry of Labor also said that in order to protect the workers' rights, employers will be fined up to U.S.$10,000 if they refuse to pay migrant workers their wages while they take annual leave in their home countries,” Father Joy explained.

Migrant labor is one of the largest international industries and especially important to developing countries where unemployment is high and income from remittances sent home by foreign workers can boost the national economy. A report from the International Organization for Migration estimates that the Philippines sent 1.8 million migrant workers overseas in 2013 to 190 countries and Taiwan. The remittances that those workers sent home to their families in the Philippines totaled $27 billion in 2014, nearly 9% of that country’s Gross National Product.

For migrant workers, however, the opportunity to find employment in a foreign land comes at a high cost: Not only do they endure separation from their family for years on end but they also must pay employment brokers, in both the sending and the receiving land, thousands of dollars in fees for finding a job.

In June, Gerry Lee, the director of Maryknoll Office for Global Concerns, visited Father Joy at the Ugnayan Migrant and Immigrant Center, a project of the Maryknoll Fathers and Brothers in Taipei that serves mainly Filipino migrant workers who endure hardships in order to support their families back home. Most Filipinos working in Taiwan work as factory workers, domestic workers, construction workers, and fishermen. Father Joy explained that Ugnayan means “connecting” in the Filipino language of Tagalog and that the center is set up like a Catholic Worker house of hospitality, whose doors are always open to those in need of connection. The center has a chapel, a library and classrooms, a kitchen and dining hall, and rooms for workers to sleep, rest, or hold social events.

“The migrant workers I spoke to at the center prefer to go back home,” Lee said. “but they can only find work overseas.” One 35-year-old mother of two teenage boys described had come to Taiwan as a migrant worker for a second time. “She first came to work as an elder care aide in order to pay the medical bills of her ailing parents in Manila,” Lee recalled. After her parents passed away, she needed to find work to pay for her son’s education but with few jobs available in the Philippines, she was forced to return to Taiwan. “She told me that, after 11 years in Taiwan, she is still paying off the broker’s fee for her jobs.”

Heartbreaking stories like this bring to mind Pope Francis’ condemnation of the global “economy of exclusion” that condemns people to inhumane choices that break up their families:

“Such an economy kills,” Pope Francis says in The Joy of the Gospel. “Today everything comes under the laws of competition and the survival of the fittest, where the powerful feed upon the powerless. As a consequence, masses of people find themselves excluded and marginalized: without work, without possibilities, without any means of escape.”

With Pope Francis, we are called to build a more just economy that supports families rather than separating them, and that affirms life and the dignity of workers.