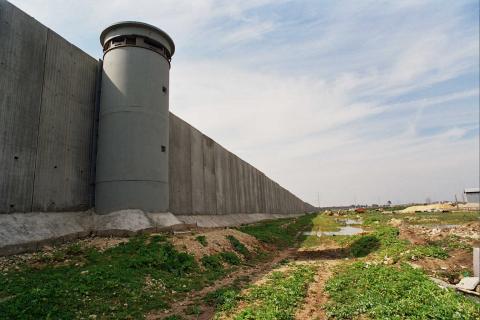 1) “Right of Refugees, Right to Demonstrate Peacefully, Right to Dignity,” Statement of U.S. Churches and Christian Agencies on Gaza, April 12, 2018

…” As U.S. churches and Christian agencies, we support the Palestinian people as they courageously stand up for their rights. We have worked in our own context in the cause of justice, peace, and equality, and continue to do so even as we recognize we have too often fallen short in these efforts. We reject the use of violence by individuals, groups or states. In the wake of demonstrations that have resulted in tragedy and death, and anticipating the continuation of Palestinian protests over the coming weeks, we cannot be silent.”… Read more…

2)  Take Action: Tell Congress to Stop the Killing of Palestinians

From the Conference of Major Superiors of Men: Send a letter to Congress urging them to "speak out against these killings, call for an independent investigation, for the re-instating of humanitarian aid to Palestinians, and for ending the occupation once and for all." Take action

“It’s hard to understand how one can look at tens of thousands of people in their cage and not see them. How is it possible to look at these protesters and not see the disaster wrought first and foremost by Israel?”… Read more…

“The presence of journalists in the field is critical to understanding what is happening on the Israel-Gaza border. Shooting them is criminal, according to any criteria.

“It was another bloody and lethal Friday for the tens of thousands of Palestinian protesters along the border with the Gaza Strip. Nine unarmed protesters were killed by Israel Defense Forces snipers and some 300 people were injured by live fire, about 20 of them seriously to critically.”… Read more...

“An exposé on Israel's detailed projects – some public, some covert – to influence what people see on the Internet, and what they don't. From "How Israel and its partisans work to censor the Internet" a blogpost published on March 8, 2018. Watch the video