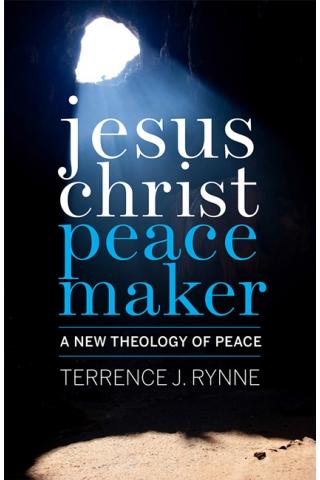 The following resources were published in the May-June 2016 issue of NewsNotes.

An Appeal to the Catholic Church to Re-Commit to the Centrality of Gospel Nonviolence: Read and share the statement affirmed by the participants of the Nonviolence and Just Peace conference held in Rome, April 11-13. http://bit.ly/PaxChristiGospelNonviolence.

Today I put before you life or death: Read and share this pastoral letter on the drug trade by the Catholic Bishops’ Conference of Bolivia, released on April 7. Available in Spanish at http://bit.ly/BoliviaBishopsdrugtrade.

SOLD, a film about modern-day slavery: Watch this film in theaters across the U.S. Adapted from the best-selling novel by Patricia McCormick, SOLD tells the story of a girl who was trafficked from Nepal to a brothel in India. ECPAT-USA is partnering with the film SOLD to spread awareness about human trafficking and to raise support for our programs. For a list of screenings or to bring SOLD to your theater, visit http://www.soldthemovie.com/screenings.

Jesus Christ Peacemaker: Read this new book by Terry Rynne, published by Orbis books. Rynne details a new theology of peace that renders the just war theory near mute by making Jesus and his teachings the cornerstone of both theory and practice. Terry Rynne participated in the Nonviolence and Just Peace conference in Rome in April. He is co-president of the Sally and Terry Rynne Foundation, and the founder of Marquette University's Center for Peacemaking. Available for purchase at http://www.orbisbooks.com.

CommonBound Network Gathering: Join people of faith in seeking strategies for creating an inclusive economy, in Buffalo, New York, July 8–10. Hear from people of faith who are building the “inclusive economy” that Pope Francis and other faith leaders are calling us to embrace. Learn why this is a multi-faith movement. Share your strategies for creative change from worker-owned co-ops, local food systems, alternative currencies, affordable housing, small-scale, community-driven energy and more. Register for one day or more; fee based on sliding-scale. Learn more at http://commonbound.org/.

Torture Awareness Month: Every June, human rights and faith organizations join together to mark June 26 as the International Day in Support of Victims of Torture and to raise awareness throughout the month. This June, the National Religious Campaign Against Torture (NRCAT) invites faith communities to incorporate the color orange into worship services or other gatherings throughout the month, as a symbol of solidarity with all who endure torture: those in orange jumpsuits in Guantanamo to all those held in conditions of torture. Find resources for vigils, educational events, film screenings, petitions at http://www.nrcat.org/torture-awareness-month-june

¡NO to NAFTA, NO to the TPP!: Read and share this statement on potential harmful effects of the Trans Pacific Partnership, issued by the indigenous communities of Oaxava, Mexico. Available at http://bit.ly/NoNAFTANoTPP.

ICCR press release: Read and share the press release by the Interfaith Center for Corporate Responsibility on the third anniversary of Rana Plaza collapse in Bangladesh. http://www.iccr.org/bangladesh-apparel-workers-still-risk-investors-say

Interfaith statement on the Humanitarian Consequences of Nuclear Weapons: Read and share this statement drafted by Pax, Soka Gakkai International and World Council of Churches and endorsed by the Maryknoll Office for Global Concerns. The Open-ended Working Group on Nuclear Disarmament, which was re-established by the UN soon after Pope Francis’ speech to the UN General Assembly in September 2015, is tasked to “address concrete effective legal measures, legal provisions, and norms that will need to be concluded to attain and maintain a world without nuclear weapons.” It will operate as a subsidiary body of the General Assembly for up to 15 days in 2016 and will hold discussions from May 2–13. Read the statement at http://bit.ly/NuclearWeaponsFaithStatement.