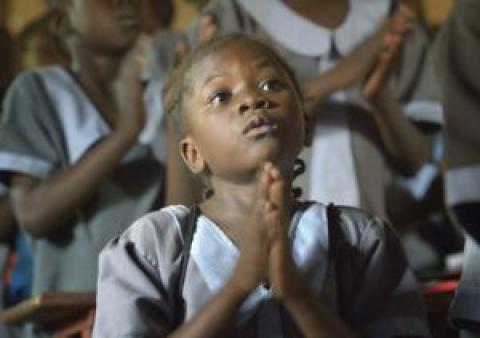 The following resources were listed in the July-August 2017 issue of NewsNotes.

Pray for South Sudan in commemoration of Independence Day on July 9. Friends In Solidarity offers a prayer at http://bit.ly/2sv93vS

World Day Against Trafficking in Persons is July 30. Find talking points, prayers from various faith traditions, and suggestions for actions in a toolkit offered by The Washington Inter-Religious Staff Community Working Group on Human Trafficking, at: http://bit.ly/2uvCeR2

Read the 2017 Trafficking In Persons Report  https://www.state.gov/j/tip/rls/tiprpt/2017/ For analysis of some of the changes in this year’s report, see the statement by Alliance to End Slavery & Trafficking http://bit.ly/2uPzr4B

64th Anniversary of the Korea Armistice is July 27. To sign the Korea Peace Petition, go to www.endthekoreanwar.org. To read our analysis on current options for peace on the Korean peninsula, go to http://bit.ly/2tveXhM

In commemoration of the atomic bombings at Hiroshima and Nagasaki on Aug. 6 and 9, 1945, read the personal stories of the hibakusha, the Japanese word for the survivors of the bombing, at  http://www.hibakushastories.org/ Also, learn more about “Why a nuclear weapons ban?” on the website of the International Campaign to Abolish Nuclear Weapons. http://www.icanw.org/why-a-ban/ Send a copy of the Vatican’s “Nuclear Disarmament: Time for Abolition” to your elected officials and urge them to support the Nuclear ban treaty. Find the document at http://bit.ly/HolySeeNuclearAbolition

Watch this 8-minute video about the leaders of the Aymara people in Puno, Peru, who are on trial for criminalization of social protest.  Maryknoll Sister Patricia Ryan works with the community to defend their rights as indigenous peoples and of the rights of Mother Earth, especially her water. http://bit.ly/2tWWHRJ

Learn the facts about refugees in the U.S. in this new report by the Migration Policy Institute. http://bit.ly/2sv40vk

Read and share “Just War? Enough Already?” by Gerald Schlabach, published by Commonweal Magazine in May 31. Gerald Schlabach attended the Nonviolence and Just Peace conference in Rome in April 2016. He argues that “Just war teaching has distracted Catholics from learning and practicing strategic nonviolence.” https://www.commonwealmagazine.org/just-war-0

Watch the movement of every refugee on earth since the year 2000 in this infographic published by Fast Company  http://bit.ly/2tWWuhc

Listen to “The Anatomy of Resistance,” a new free podcast produced by Fellowship of Reconciliation. Co-hosts Erica Chenoweth and Anthony Grimes spotlight the stories and methods of innovative nonviolent resistance around the country and world. They’ll look at why moments of resistance worked, how they connect with historical victories, and in what ways they shape a new vision for the world. Listen at https://soundcloud.com/user-588641014

New free “Discover Your Neighbor” resource initiative produced by the Maryknoll Fathers and Brothers provides teachers and religious educators with access to resources that help young people make faith and life connections to their global neighbors,   engage with global issues throughout the liturgical year, explore Scripture and Church teaching, and    take action to serve others as missionary disciples. The program for the Fall season, “Care of Creation,” is free and online now. https://www.discoveryourneighbor.org/

Photo: A student prayers at the John Paul II School in Wau, South Sudan. Photo courtesy of Friends in Solidarity.