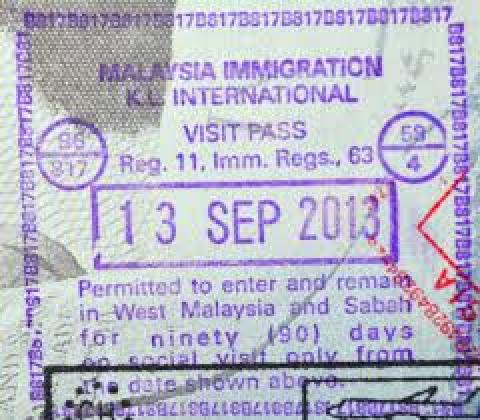 Fourteen religious organizations with a presence in the U.S. and in countries overseas today sent a letter to members of a conference committee in Congress to express deep moral concerns related to H.R. 644, the “Trade Facilitation and Trade Enforcement Act of 2015” (also referred to as the Customs bill), particularly the version that passed in the House. The chief concern was that the final bill could weaken strong anti-trafficking provision in the trade promotion authority bill signed into law June 29, 2015.

It has been reported that Malaysia, a country that the U.S. State Department’s Trafficking In Persons report had elevated to a “Tier 3” country for their lack of action to combat trafficking will be back to a “Tier 2” status this year. Malaysia is a party to the Trans-Pacific Partnership trade agreement that the Obama Administration hopes to complete by the end of 2015.

According to Sr. Simone Campbell, executive director of NETWORK, A National Catholic Social Justice Lobby: “This can only be seen as a cynical political action meant to bolster Malaysia’s trade status with the U.S. at the expense of countless human trafficking victims. Coming so soon after the discovery in May of almost 150 graves in Malaysian camps of trafficking victims, the State Department’s reported decision cannot be justified on any level.”

Reverend J. Herbert Nelson, II, director of the Presbyterian Church (U.S.A.)’s Office of Public Witness stated: “The United States' willingness to compromise on holding Malaysia accountable for its human rights abuses simply to secure the Trans-Pacific Partnership is yet another mark of a broken trading system. Actions such as this show an active disregard for those with the least power in our societies. The Presbyterian Church (U.S.A.) does not support the TPP, nor does it support weakening our stance against human trafficking in any form. As a country, our diplomacy should be focused on improving the quality of life for all individuals around the world - without exception.”

“We are very concerned about the possible upgrading of Malaysia from the lowest tier of the U.S. State Department annual Trafficking in Persons list of worst human trafficking countries,” reported Sr. Ann Scholz, SSND, Associate Director for Social Mission, Leadership Conference of Women Religious. “It is problematic on many levels. It disregards the suffering and death of trafficked persons in Malaysia; sends a dangerous message to countries who continue to turn a blind eye to the exploitation of persons within their borders; and threatens the integrity of the TIP report and the commitment of the U.S. government to ending human trafficking.”

“In April 2014, Pope Francis condemned human trafficking as a crime against humanity, a scourge and an open wound in contemporary society. The TIP report has been an important tool to encourage governments to curb and one day end this terrible offense,” reported Gerry Lee, director of the Maryknoll Office for Global Concerns, “We urge the State Department to uphold high standards rather than to make exceptions for countries when convenient for economic gains for the few that will benefit from the TPP.”

The Interfaith Working Group on Trade and Investment is a group committed to asserting a stronger presence of communities of faith in public policy discussions on trade and investment.