Refugees are not numbers 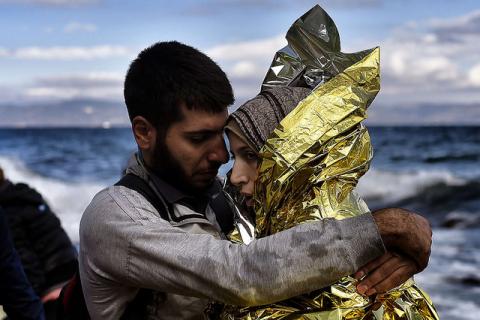 Maryknoll Sister Elizabeth Zwareva and Maryknoll Father David Schwinghamer were in attendance when world leaders gathered at the first-ever UN Summit on Refugees and Migrants in New York on September 19, 2016. This high-level meeting happened two days after a bombing injured 29 people in New York City.

"It was a twelve hour saga of standing in the rain waiting to get a pass and navigating through the multiple police barricades and UN security checks," Father David said, "then sitting in the General Assembly balcony as the New York Declaration was commented on and adopted, followed by long hours of listening to dozens of speeches about the root causes of migration in the three roundtable events." (Read our summary of the New York Declaration.)

The 22-page "New York Declaration for Refugees and Migrants" calls on countries to protect refugees' human rights, boost humanitarian aid and increase resettlement of refugees but fails to set concrete commitments and is not legally binding.

The next day, President Obama hosted a Leaders’ Summit on the Global Refugee Crisis. "We have to open our hearts and do more to help refugees who are desperate for a home," he said in his address to the United Nations General Assembly on Tuesday. "We have to have the empathy to see ourselves."

According to the UN, there are more than 65.3 million forcibly displaced people (refugees, migrants, internally displaced and asylum-seekers) around the world – nearly half of those children. The world's largest source of refugees is Syria. More than 4.8 million Syrians have fled the country since war broke out five years ago.

Photo: Refugees arrive on the shores of the Greek island of Lesbos after crossing the Aegean sea from Turkey on a inflatable boat on September 29. 2015. Credit: Anadolu Agency

"We have been largely failing."

“The bitter truth is this summit was called because we have been largely failing – failing the long-suffering people of Syria in not ending the war in its infancy,” Zeid Ra’ad al-Hussein, the UN High Commissioner for Human Rights, said in his speech at the opening session.

"Failing others in now chronic conflict zones, for the same reason. Failing millions of migrants who deserve far more than lives marked by cradle-to-grave indignity and desperation. It is shameful [that] the victims of abominable crimes should be made to suffer further by our failures to give them protection."

Al-Hussein underscored that the global migration crisis cries out for a global collective response. But, he warned, in many countries, people working to help refugees and migrants are facing grave challenges “by race-baiting bigots, who seek to gain, or retain, power by wielding prejudice and deceit, at the expense of those most vulnerable.”

He pointed his finger at individuals present and accused them of pursuing extremism and dividing people. “We will continue to name you publicly. You may soon walk away from this hall. But not from the broader judgement of ‘we the people’, all the world’s people – not from us.”

"When the hundreds of people sitting with me in the General Assembly balcony heard Prince al-Hussein's blunt accusation, they erupted into tremendous applause and a standing ovation," Father David said. "They were a mix of people from around the world who are accompanying, serving, and advocated for refugees and migrants. They know that world leaders need to do more." 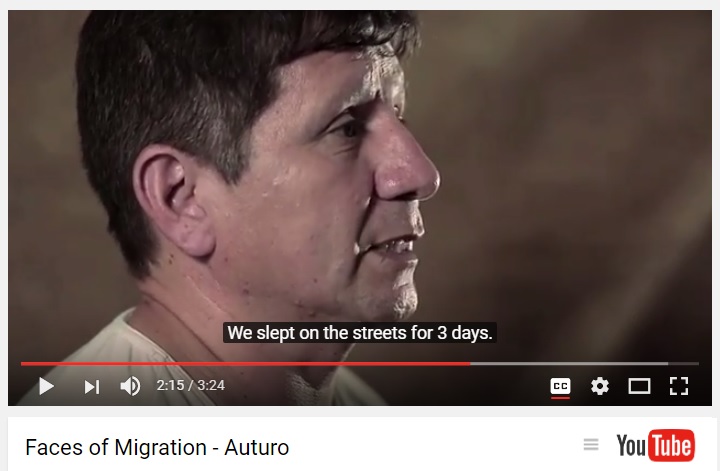 Maryknoll missioners in Asia, Africa, and Latin America also know that world leaders need to do more. They are working to help refugees and migrants who share similar stories of being forcibly displaced from their homes due to violent conflict, war, persecution, and disasters exacerbated by climate change. All migrants suffer tremendous difficulties, but women, children, and the elderly are most vulnerable to being subject to human trafficking, forced labor, and exploitation.

Greg Fischer, a Maryknoll Lay Missioner in Brazil, has created "Rostos da Migração / Faces of Migration" an online photo and video journal of refugees and migrants in Brazil. In this 3-minute video, Greg presents the story of Auturo, a father of two children who fled Colombia because of threats of violence and now lives in São Paulo. Listen as Auturo shares his story in his own words in Spanish, with English and Portuguese subtitles. You can search the website (Rostos.org) for more stories from migrants from around the world and follow the Facebook page, www.facebook.com/rostosdm, where migrants and refugees tell their stories in their own words.

What does it mean to do more?

It means to lead by example. In the weeks leading up to the summits, we joined forty other organizations in a postcard campaign to President Obama asking him to take the lead at these meetings because the world is watching how the United States responds to the global refugee crisis. More than 300,000 people joined  postcard and petition campaigns – including more than 15,000 electronic postcards sent by Catholic networks!  Nearly 10,000 printed postcards will be hand-delivered to members of Congress to ensure they hear the voices of those they represent.

Our postcard campaign asked President Obama to set global goals at the summits:

Now that the summits are over, the work continues. 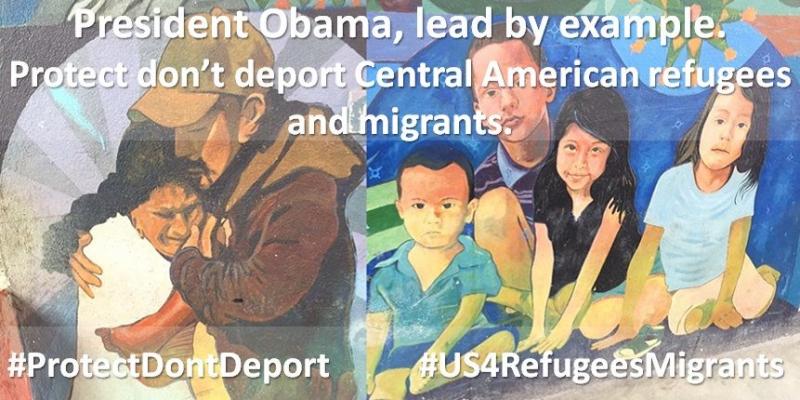 This September President Obama announced his plan to increase the number of refugees resettled in the U.S. from 85,000 in 2016 to 110,000 in 2017. This is an opportunity for the U.S. to act more in line with the magnitude of the refugee crisis and return the U.S. to a leadership position in welcoming refugees. There is a significant number of members of Congress who do not agree; and Congress controls the purse strings.

We will continue to ask Congress to:

Ask your members of Congress and governor to welcome refugees: http://bit.ly/USWelcomeRefugees

Ask President Obama to extend Temporary Protected Status to Central Americans who have fled violence and come to the U.S. http://bit.ly/TPS4CentralAmer

Photo: Refugees and migrants arrive at the Greek island of Lesbos after crossing the Aegean sea from Turkey on September 30, 2015, by ARIS MESSINIS / AFP / Flickr.