A politically possible alternative to GDP 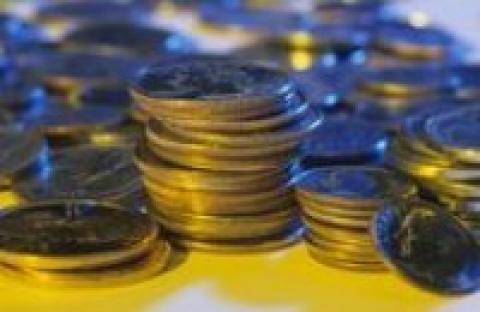 The following article, prepared by Dave Kane, appeared in the March-April 2014 NewsNotes.

Many have expressed concerns with the use of gross domestic product (GDP) as a measure of the well-being of a country. (See related article here.) Simon Kuznets, the founder of the U.S. national accounting system, warned, "[T]he welfare of a nation can scarcely be inferred from a measurement of national income." As Robert Kennedy famously opined, GDP "measures everything, in short, except that which makes life worthwhile."

But workable alternatives are not yet part of mainstream policy discussions for a variety of reasons. Now a paper prepared for Congress – 21st Century GDP: national indicators for a new era, written by Ben Beachy and Justin Zorn, public-service fellows at Harvard’s Kennedy School of Government – has recommendations that may be able to break the political stalemate and create feasible alternatives to the monolithic GDP figure.

While complaints about the GDP are not new, alternatives to it have had varied and limited levels of success in terms of having an effect on public discussions and policies. Beachy and Zorn examined these experiences and found a number of key technical questions to consider when constructing a GDP alternative.

First, should the supplemental indicators be a single number made by aggregating variables or a dashboard of various disaggregated variables? The authors choose the first option and point to Maryland’s Genuine Progress Indicator (GPI) that has been influential in public discourse because it aggregates its 26 variables into one number that is easy to be understood and discussed in the press. "Maryland’s aggregated GPI tells a clear, potent story about the state’s sustainable economic welfare – that it has not risen for three decades," while state-level dashboards like Virginia Performs’ 49 variables or Oregon Benchmarks’ 158 variables have not made headlines in newspapers or influenced election cycles.

Second, if you use an aggregated number, how should it be portrayed? One option is as an adjustment to GDP where you alter the original amount, adding the dollar value of positive things like household labor and volunteerism while diminishing the value for negatives such as income inequality, pollution. This has the advantage of being easily understood, but introduces the difficulty of determining a price for non-market values (what is the monetary value of shorter commute times? Or the true monetary value of an acre of undisturbed forest?)

Another option is to portray the alternative as a composite index that assesses the relative performance on different variables on a scale of zero to one (for example, educational attainment, pollution, child mortality). These numbers are then averaged (usually with equal weighting between the variables) to determine a final welfare score. This option has the advantage of not needing to determine the monetary value of difficult items like biodiversity, but is not as clearly understood by the public and the weighting of variables is arbitrary. "What," the authors ask, "is the relative importance of health versus education versus income?" Most composite indexes avoid the difficult task of weighting more important items more heavily by weighting them all the same. But as the authors point out, "declaring commuting time and deforestation to be of exactly equivalent importance for human welfare seems specious."

Beachy and Zorn choose the adjusted GDP format as the most easily understood and likely to have an impact on public discussion and policies. The difficulty of defining prices for non-market items will improve with time, they say, as research improves.

Finally, what variables should be chosen to be part of the alternative to the GDP? The authors gathered input from interviews with a wide range of political players and commentators, and created five different GDPs:

These proposals present a workable alternative that should appeal to people of various political persuasions. "As new comprehensive accounting measures, G2-G5 hold the power to break through tired left-right divides in a common reassertion of what constitutes progress," explain Beachy and Zorn. By doing so, their proposal could play an important role in finally moving beyond GDP toward better measures of progress.