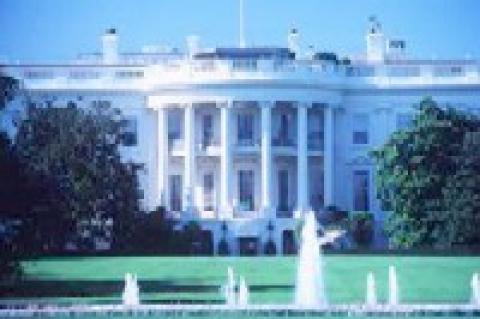 The following document was endorsed by 23 faith-based groups, including the Maryknoll Office for Global Concerns, and was delivered to the White House, the U.S. Agency for International Development, and the State Department.

As religious bodies and faith-based organizations, we represent a broad U.S. constituency. We also maintain vital relationships with millions of partners in every part of the world. These common bonds, a commitment to the dignity and basic human rights of all people as children of God, and theologies calling us to ministries furthering a just peace in the world, form the basis of the foreign policy agenda that we offer to the President for the next four years.

We are inspired by faith traditions that share the conviction that all people – women and girls equally with men and boys – must have the opportunity to live securely while fully participating in the decisions that shape their lives and addressing the challenges that face the human community. Our faiths also recognize that responsible care and respect for the earth and all life is a sacred calling. Responding to human suffering, protecting the natural environment, and seeking true human security for our neighbors near and far are commitments deeply imbedded in the shared values of the American people.

While as a broad coalition none of our organizations addresses all the policies recommended here, members of and coalitions within our interfaith community will advocate in the years ahead on behalf of the following policies:

I. CONFRONTING POVERTY, DISEASE AND INEQUALITY

We have witnessed the incredible courage and resilience of our global neighbors who struggle daily to meet their basic food, shelter, and health care needs. Even with our own economic and budget challenges, the United States has a tremendous capacity to reach out in compassion to those who are hungry, thirsty, and homeless. Beyond the question of funding is the divine imperative to establish right and just relationships among the peoples of the world – acting to remove the economic inequality and power disparity between peoples that prevent authentic development. Our wellbeing as Americans is inextricably bound up with the wellbeing of the entire human family. We cannot prosper unless all prosper.

Using less than one percent of the federal budget, countless lives have been saved, many new livelihoods created and hope restored through international aid programs supported by Republicans and Democrats alike.

Recognizing the dignity of each person and the integrity of creation, food and nutrition security must be viewed in light of the fundamental human right to food and the human responsibility to respect and care for creation.

It is estimated that 61 million children and 74 million adolescents – the majority girls -- across the globe do not attend school. No nation can hope to end poverty and inequality without prioritizing education for all.

Water, Sanitation and Hygiene (WASH) provides among the most efficient investments for reducing poverty around the world: for every $1 invested, at least $4 is returned in increased economic productivity.

The number of the world’s refugees spiked in 2012, with the onset of new conflicts and new displacement from ongoing complex crises, including violent conflict, political oppression, climate change and other natural disasters, and the usurpation of land for natural resource extraction or large-scale infrastructure projects.

Investment in programs to address preventable diseases in developing countries results in healthier and more productive communities in the U.S. as well as globally. U.S. leadership, technical resources, and funding have contributed hugely to impressive, sometimes even spectacular, improvements in child survival; control of HIV/AIDS, diarrhea, and malaria; reduction in vaccine-preventable diseases; and maternal and family health. By expanding U.S. leadership, lifesaving knowledge, technologies, and services can be disseminated to unreached populations, transforming lives globally while providing substantial benefits for the U.S.

International trade and investment policies and practices present a moral challenge because of their profound effect upon the lives of people around the world and upon creation. U.S. trade policies and practices must further genuine social and economic development for our neighbors around the world while preserving and creating good jobs here at home. U.S. trade policy should protect public health and the natural environment at home and abroad.

According to the World Bank’s 2011 report, 1.5 billion civilians live under the threat of violent conflict. Even though the number of armed conflicts has declined significantly over the last few decades, civilians are still indiscriminately targeted in armed conflict and killed at increasing rates. What is needed is a new vision of a just peace, which fully embraces alternative conflict engagement methodologies and peace building efforts including:

In Latin America and the Caribbean

In many parts of the world today, human rights are threatened. Children face myriad threats to their civil, political, economic, social, health, and cultural rights. Victims of human trafficking, though too often an unseen population, comprise an estimated 700,000 to two million people around the globe. The number of the world’s refugees spiked in 2012. All human beings possess human dignity and are entitled to the full and equal protection of their human rights. These rights include, but are not limited to: freedoms of belief, speech, and movement; freedom from violence, fear, and torture; freedom from undue repression and want.

IV. RESPECTING AND PROTECTING THE EARTH

People in less industrialized countries, especially those that live in conditions of poverty, suffer disproportionately from human-caused climate disruption. As temperatures and carbon-related pollution continue to increase, their broad ranging effects exceed the capacity of more and more communities to respond. The U.S. Department of Defense recognizes that climate change may play a role in sparking, accelerating and exacerbating future conflicts. Inaction not only jeopardizes development gains, but also yields a world overwhelmed with humanitarian crises.

The sooner the United States becomes a world leader in mitigating greenhouse gas emissions and building resilience to climate related impacts, the greater the chance all peoples, future generations and the earth upon which we all depend, will be protected from harm. Investments in climate resilience and clean energy infrastructure efforts will reduce emissions, promote stability and mitigate future costs in less industrialized countries. Equitably applied reforestation programs provide economic opportunities, continued subsistence and other benefits for indigenous and local peoples while maintaining the ecosystem health.

Church of the Brethren Advocacy and Peace Witness Ministries

Sisters of Mercy of the Americas - Institute Justice Team