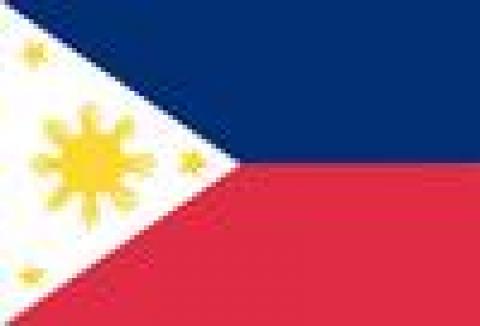 The following update, published in the March-April 2015 NewsNotes, was prepared by Fred Goddard, a former Maryknoll lay missioner who served for several years as the executive coordinator of the Maryknoll Affiliates. Fred has returned to the Philippines and now works with the Mindanao Peacebuilding Institute Foundation, Inc.

Prior to January 25, 2015, few people in the Philippines had heard of Mamasapano, a small municipality on the southern island of Mindanao. That all changed when the Philippine National Police Special Action Force (SAF) clashed with members of the Moro Islamic Liberation Front (MILF) and the Bangsamoro Islamic Freedom Fighters (BIFF). In the early morning hours, the SAF was on a mission, called Operation Exodus, to deliver an "arrest warrant" to Zulkifli Abdhir (alias Marwan), a Malaysian bomb making expert associated with Jemaah Islamiyah, and Basit Usman, a Filipino allegedly trained by Marwan. Both men have been wanted by the U.S. for their activities.

Throughout all of this, many question the involvement of the United States. Immediately after the encounter, U.S. military personnel in civilian clothes were on the ground assisting in the evacuation of the wounded. According to one news source, Evergreen helicopters -- used by U.S. service members serving in the Joint Special Operations Task Force-Philippines (JSOTF-P) -- were utilized. According to the independent news source Mindanews, Zamboanga-based journalist Frencie Carreon said the Evergreen helicopters "belong to an Alaska-based U.S. private contractor subcontracted by the U.S. military and deployed in the Philippines to help the U.S. soldiers or their partners or beneficiaries, sometimes for medical evacuation, especially when there are persons in medically critical situations."

Many believe, though, that this was not the extent of the U.S. involvement in the Mamasapano tragedy, even though Kurt Hoyer, press attaché and spokesperson for the U.S. Embassy in Manila, said that U.S. troops were not involved at any other level in the operation to get Marwan and Usman. But the U.S. had a clear interest in seeing these men captured or killed: The U.S. had offered a $5 million reward for anyone who could provide information leading to the arrest of Marwan, who was killed in the operation. Usman, who escaped, carries a $1 million reward.

It is also public knowledge that the Philippine government turned to the FBI to assist in the positive identification of Marwan. When members of the SAF knew they would not be able to bring the body of Marwan out of the area, they cut off one of his fingers; it then was sent to the FBI who "would match the sample with the DNA sample from Marwan’s brother, Rahmat Abhir, who is presently detained at the U.S. facility in Guantanamo in Cuba." (Mindanews) This process, alone, raised suspicion that the U.S. was at least advising the SAF prior to Operation Exodus, since it has never been reported before that Philippine police or military would gather evidence in such a manner.

On February 16, The Philippine Daily Inquirer quoted an anonymous source from within the SAF that claimed that the U.S. was extensively involved in the planning and execution of Operation Exodus.

According to the Inquirer, the source said a U.S. American named Allan Konz was in fact in command. "He (Konz) was the immediate supervisor of the 84th [SAC (Seaborne)] for Marwan’s intelligence packet."

On February 25, one month after the encounter in Mamasapano, The Philippine Star reported that SAF director Getulio Napeñas testified to the Philippine Senate that U.S. assistance came in the form of gathering intelligence information against their target and the use of equipment during operations.

Other sources, including groups from fact-finding missions, have accused the U.S. of greater involvement than what Napeñas claimed in his testimony or that the U.S. has admitted, including the possibility that some U.S. military actually accompanied the SAF in the operation. Witnesses in the area claim to have seen white men with blue eyes alongside the members of SAF, even being protected by the SAF during the firefight, some going as far as saying that some of the foreigners were killed during the encounter. None of these claims or accusations has been substantiated, and the U.S. mission here in the Philippines continues to deny any involvement beyond the rescue operation.

Whether or not the U.S. was directly involved in the operation is not the most critical issue, though the U.S. should be transparent and forthcoming in all aspects of its relationship to the events in Mamasapano. Of greatest concern is that the interests of the United States -- in pursuing one or two people they consider a threat to their security, either through pressure or direct involvement -- overrode the greater good of the Philippines’ peace process and has even threatened to destabilize the entire nation.