Path to Paris: Rising sea levels are the cry of the earth 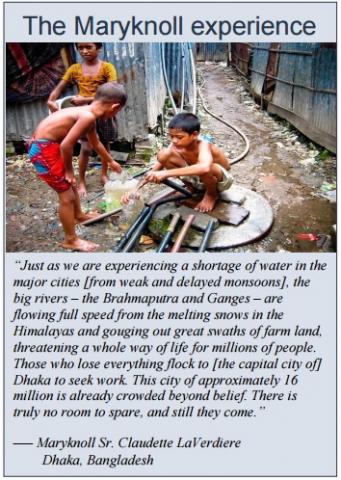 Click HERE to see all four issues of the Path to Paris.

Climate change is having dramatic consequences: extreme and erratic weather patterns, loss of sea ice, and accelerated sea level rise. A solid scientific consensus indicates that global warming is due to carbon emissions from burning fossil fuels for more than 200 years; and while high-income nations produce the bulk of carbon emissions, low-income nations are most vulnerable to its impacts.

“These situations have caused sister earth, along with all the abandoned of our world, to cry out, pleading that we take another course,” Pope Francis said in Laudato Si’. “Never have we so hurt and mistreated our common home as we have in the last two hundred years.”

Bangladesh, where Maryknoll missioners have served for nearly 40 years, is one of the world's most impoverished and heavily populated nations. It is also the country most vulnerable to flooding. Most of the country is less than 40 feet above sea level; a rise of only three and a half feet would flood 10 percent of the country. Erosion of coastal farmland is forcing thousands of Bangladeshis to migrate inland to the capitol of Dhaka.

Small island nations like the Maldives and Kiribati will likely be underwater in the coming decades. Overall, more than 600 million people around the world live on land less than 30 feet above sea level.

With sea levels projected to rise from one to four feet by the end of this century, it is critical to build climate resilience to prevent and respond to the worst impacts.

Climate resilience is built through a country’s ability to adapt to the effects of a changing climate and mitigate the impacts by investing in low-carbon technology. Wealthier countries, whose economies have benefited from fossil fuel consumption, have a responsibility to help fund climate resilience and also to pay their climate debt to countries experiencing loss and damages from climate change. 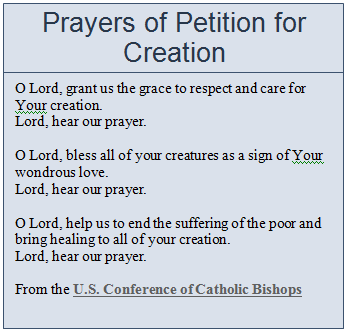 Driving a car, using electricity to light and heat your home, and throwing away garbage all lead to greenhouse gas (GHG) emissions. You can reduce emissions through simple actions like changing a light bulb, powering down electronics, and recycling.

Find out how much carbon you produce with the EPA’s Household Carbon Footprint Calculator.

Cut down on your energy consumption

Avoid leaving appliances on stand-by, install energy-saving bulbs, and choose appliances with the highest energy efficiency rating. And don’t forget to insulate your home and windows.

Phase out fossils fuels from your life

Join Maryknoll and hundreds of thousands of Catholics and people of faith in supporting the following efforts of the Global Catholic Climate Movement. 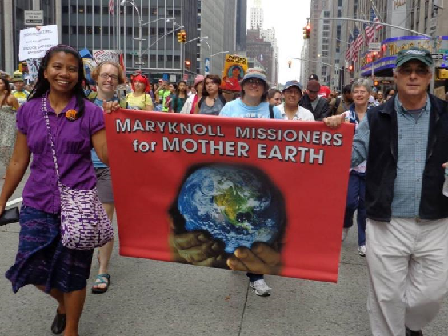 Add your name to urge our political leaders to commit to ambitious climate action at the U.N. Climate Summit. Sign the petition today!

COP21 is the abbreviation for the UN Climate Summit since it is the 21st meeting of the Conference of Parties. Through the #Pray4cop21 prayer chain we are praying for world leaders to have courage and take bold action. Click HERE to sign up as an individual or as a religious congregation.

On November 29, join millions of people in major cities around the world as we march to show that we care about climate change and ask governments for bold action. Click HERE to join a march in a city near you.