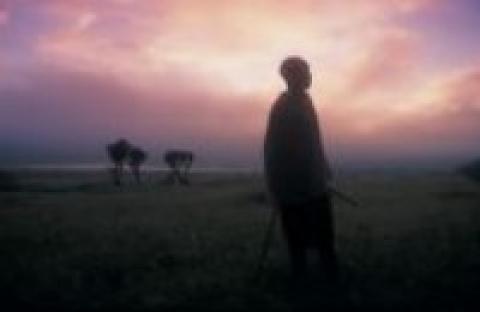 In recent weeks a flood of reports about the Ebola outbreak have inundated print and electronic media. Many of these reports have relied on information from well-known government and health institutions like the State Department and the Center for Disease Control and Prevention. Commentary on this major global issue from the grassroots in Africa has been less available. Below is a statement from the Pan African Network on Nonviolence and Peacebuilding. A key point of their report, based on their extensive grassroots contacts, is the connection between the spread of this disease and the potential for increased violence and conflict in countries most affected. The list of 27 signatories and their organizations can be found here.

We are a Pan-African network of peacemakers from over 30 countries across the African continent and represent more than 20 organizations. Our 20-member steering committee has representatives from West, East, Central Africa, southern Africa and the islands. Some of our members are also from the Middle East, Asia, Europe, and the Americas, with strong African connections. We work at the grassroots level, training in nonviolence and mobilizing communities for peacebuilding.

We are disturbed by the ongoing and alarmingly vicious spread of the preventable and controllable Ebola virus that is not only killing people but is spreading fear and further destabilizing West African communities. While the Ebola crisis has become a global emergency, we are concerned that there does not seem to be a concerted political will at the global level to launch sufficient, well-­planned and immediate actions to put an end to the epidemic and save precious lives. As stated by the World Health Organization (WHO), it can take six to nine months to bring this devastation to an end. We are deeply disturbed that grossly unequal treatment is meted out by the world in its response towards this preventable crisis in West Africa. While those from more developed countries have received swift medical treatment and have positively responded to the trial drugs, those in African nations are succumbing to the virus unnecessarily. As observed by Peter Piot, the researcher who discovered the virus, “It took the death of a thousand African(s) and the repatriation of two Americans before a public emergency was declared.” Our failure to act now can only lead to more catastrophes in Liberia, Guinea, Sierra Leone and West Africa at large.

Failure to act now could also lead to intensified conditions for violence and conflict, as people scramble for food, medicines and other basic necessities. While recognizing the responsibility that the African Union has already taken, the swift intervention of Cuba and the work of grassroots commitments already underway, we appeal (to both governmental and non­governmental leaders from within and outside the continent) OR (the United Nations and leaders of countries with efficient resources) for urgent medical and humanitarian interventions which will ensure that a maximum number of lives are saved.

We call upon the AU to strengthen its response by appointing a special envoy on Ebola with immediate effect. The special envoy must have a mandate to take all necessary measures, and with both the budget and the authority to take short-term action so as to respond effectively to the rapidly changing circumstances. We also call for the special fund to address immediate and long term medical and socio-­economic needs of those nations and communities affected by the crisis.

At the same time, we strongly caution against any militarization of humanitarian assistance to the affected areas. Utmost care must be taken to ensure that the deployment of military health personnel is strictly subjected to civilian authority. We are concerned that this medical and human crisis not be exploited for continued military, political or economic advantages by any country or party.

The Ebola crisis is a manifestation of under-development and the deplorable health­care delivery systems in most parts of Africa, often emerging from war and violent conflicts. Liberia has been hit hard by this crisis because it is a fragile state, recovering from decades of turmoil and civil war. We call for immediate steps to improve the health and medical infrastructure for all countries on the African continent to ensure better healthcare now and for the future.

We can only defeat the Ebola epidemic if we acknowledge that this is not a local problem, but a global threat with common responsibilities for which there should be coordinated international actions utilizing without bias the latest medical and health care technologies available in our world With coordinated international people centered action, we can heal the sick and build healthy, peaceful societies as well.