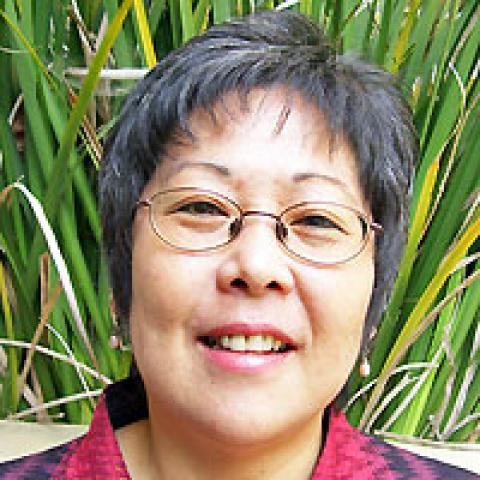 Maryknoll Sister Joanne (Járuko) Doi currently teaches at Chicago Theological Union. Previosuly, Sister Járuko was on mission to the Aymara indigenous people of the southern Andes (Altiplano) of  Puno and Chinchera, Peru. Inspired by the Aymara people, Sister Járuko left Peru to study and understand her own Japanese American faith history, including her parents’ internment by the United States during World War II.

I lived and served in the altiplano (high plains) of Peru among the Aymara people as the internal terrorism reached its peak (1983-1994). From 1990-1993, with a population of 22 million people, Peru led the world in the number of disappeared persons. Since 1980, the political violence claimed some 30,000 lives with terrorist groups, police and military sharing about equal responsibility.

Due to classism and racism, indigenous peoples are often the first to be caught in this net of structural and political violence, marginated in their own land since the arrival of the Spanish conquest over 500 years ago. Yet instead of resignation, retaliation or capsizing from fear, I witnessed defiant hope and a tenacity of life embodied in spiritual practices and gestures of solidarity whether it be struggling against a frost or terrorist attack or the economic crisis.

The Solidarity Office of the Prelature worked together with such popular religious practices and the cosmology that understands all peoples and the earth as interrelated. Reaching out to the local police to provide a space to reflect on their experiences of trauma, violence and escalating fear proved helpful in reconnecting them to their own local communities and treatment of their own people.

Festivals for Peace with pasacalles (parades for peace) and contests for peace songs counteracted the climate of fear and isolation. Maintaining their popular religious practices of pilgrimage to sacred sites strengthened their identity, resilience and hope across time as they touched the deep memory of the earth and their ancestors.

Even as I was in pastoral ministry in Peru as a Maryknoll Sister during those years, the resonance and affinities with the unknown world of the Aymara began to challenge and encourage me to enter into my own unknown world as a Japanese American woman, to enter into our “underside of history” during the WWII Internment period 1942-1946.  My parents’ and grandparents’ generations were swept up into the “evacuation and relocation” to ten “internment camps” of those of Japanese ancestry who lived in the designated military security zone of exclusion (California, the western parts of Oregon and Washington, and the southern part of Arizona). Two-thirds were U.S. citizens and more than half were children.

I reconnected with my own heritage by participating in the annual Manzanar Pilgrimage, a return to the site of the Japanese American concentration camp. Such pilgrimages revisit shadowed ground, uncovering sacred traces of suffering and hope. The land holds memory.

The cemetery obelisk at Manzanar expresses the message, “This is the place of consolation for all of humanity.” It is about reconnection with each other, with our ancestors, with mystery and the depth of life.  It is not an escape like tourism, but a return to the center of pivotal events that have marked us and to narratives implanted in the land itself.

The pilgrim’s journey seeks a restoration of wholeness by a re-centering, a re-entering, and recover of history, and recovering from history. It is a rediscovery that we are part of a living and vital collective memory. It creates a space for community to mourn and honor our dead and our losses as the losses endured that cannot be recovered require the ability to mourn, a measure of our humanity, rather than be forgotten or compromised.

The pilgrimage practice engenders compassionate relatedness and solidarity with those facing similar conditions today: Arab Americans in a post 9/11 world, undocumented immigrants, family detention centers (for women and children fleeing violence), Syrian refugees. It begs the question and concern for reparations for African Americans and Native Americans in the U.S.

In Lima, the capitol of Peru, there is a garden with a stone that symbolizes “El Ojo que Llora,” the crying eye in remembrance and mourning for those who suffered and died during the terrorism years. Although it is still a contested space since many want to forget those years, the desire to remember so that it “never happens again” is in the background. This sentiment is also expressed at the Manzanar Pilgrimages. There has been a realization however, that such dynamics are often happening and we fail to perceive them. Simply remembering and mourning will not deter such dynamics but it may teach a healthy vigilance and strong interrelatedness in order to respond in compassion, to break the cycle of violence by not recycling it.

How are these kinds of popular religious practices considered practices of active nonviolence? How do we learn from the wisdom of cultures that have lived through cycles of violence or centuries of oppression?  As Easter and the Triduum nears, how do we deepen our Catholic sacramental practices by connecting them to our Catholic social teachings and practice of nonviolence?