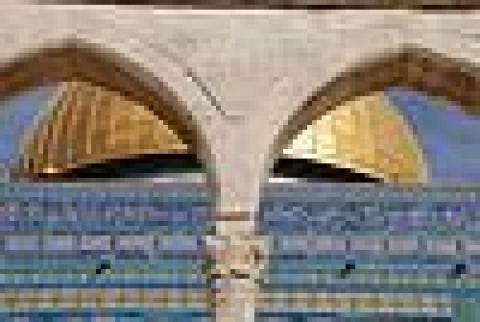 This issue’s articles highlight Israeli opposition to the nuclear arrangement being negotiated by the U.S. and European nations with Iran, the underreported continuing repression and oppression of Palestinians, possible actions to be taken by the Palestinian Authority in the International Criminal Court (ICC), the need for Israel to deal with the underlying causes of the Gaza conflicts, or face the prospect of renewed armed conflict, the responsibility to criticize elected leaders of democratic states, and links to many other issues of interest.

Commentary: Opposition to any Iranian nuclear program or arrangement from the Israeli government and its supporters in the U.S. Congress continues to grow without any suggested alternatives other than a tightening of sanctions or possible military intervention. While this is being debated, the repression of Palestinians continues, especially in Gaza. The Palestinian Authority continues to use nonviolent means to end Israeli settlements on the West Bank and may now appeal to the ICC to deal with these still expanding settlements. Israel is seen by many commentators to be a de facto one state with a bi-national population of Jews and Palestinians, but only Jewish Israelis have full political, social and economic rights, with limited rights for “Arab” Israelis, and none for the Palestinians of the West Bank and Gaza. The reelection of Netanyahu has eroded the unquestioned support of Israeli actions towards the Palestinians in the U.S. White House, State Department, among some members of Congress, and the younger U.S. Jewish population.

I must start with a shocking confession: I am not afraid of the Iranian nuclear bomb. I know that this makes me an abnormal person, almost a freak.

But what can I do? I am unable to work up fear, like a real Israeli. Try as I may, the Iranian bomb does not make me hysterical. …

According to foreign experts, Israel has several hundred nuclear bombs (assessments vary between 80-400. If Iran sends its bombs and obliterates most of Israel (myself included), Israeli submarines will obliterate Iran. Whatever I might think about Binyamin Netanyahu, I rely on him and our security chiefs to keep our “second strike” capability intact. Just last week we were informed that Germany had delivered another state-of-the-art submarine to our navy for this purpose. …

However, for those who live in terror of the Iranian nuclear capabilities, I have a piece of advice: use the time we still have. Under the American-Iranian deal, we have at least 10 years before Iran could start the final phase of producing the bomb. Please use this time for making peace.

The Iranian hatred of the “Zionist Regime” – the State of Israel – derives from the fate of the Palestinian people. The feeling of solidarity for the helpless Palestinians is deeply ingrained in all Islamic peoples. It is part of the popular culture in all of them. It is quite real, even if the political regimes misuse, manipulate or ignore it.

Since there is no ground for a specific Iranian hatred of Israel, it is solely based on the Israeli-Palestinian conflict. No conflict, no enmity. …

… President Obama used much clearer words in response to Netanyahu’s surprise demand that the nuclear deal include Iranian recognition of Israel’s right to exist.

What Israel is demanding, Obama told NPR, “is really akin to saying that we won’t sign a deal unless the nature of the Iranian regime completely transforms. And that is, I think, a fundamental misjudgment.”

Israel doesn’t really want regime change to be part of a nuclear deal. It doesn’t really need or want Iran to recognize its right to exist, not as a Jewish state or as anything else. What is taking place is Netanyahu is adapting the “no partner” lexicon he long ago coined as an excuse for not seeking a two-state solution with the Palestinians — or rather, one of his excuses. …

What Israel really wants is a different Iran. Of course any deal that delays or eliminates any nuclear weapons program is good for the region, is good for Israel and is good for the world. Israel knows that. Netanyahu knows that. But his decades-long campaign against Iranian nuclear proliferation has not really focused on Iran’s nuclear program. It has been about the Iranian regime, about the mullahs, about the ayatollahs, about irrational actors and messianic fanatics — “the insatiable crocodile of militant Islam,” as he described it a few years ago.

There never was and there never will be a nuclear deal with the current Iranian regime that Netanyahu will or can accept. Doing so would mean deflating the larger-than-life boogieman he has so scrupulously crafted for decades. It’s much easier to find red herrings, to explain why the other side can’t be trusted, or why they are not even a partner worthy of building trust.

Iran, to Netanyahu’s Israel, is not an equal — it is not worthy of equality. For if the world recognizes Iran’s right to a peaceful civilian nuclear program, of its right to live without sanctions, what is next? Do they also have a right to “keep all options on the table?” And more significantly, if Iran and Israel are equals, worthy of being treated equally as sovereign states, what does that say about Israel’s “right” to nuclear weapons?

… Throughout much of history, instead of experiencing love in the land where the world's savior taught human beings to love one another as he loved us, Palestinians have often experienced the great pain and suffering of injustice, war and foreign occupation.

And today, the story is sadly much the same. In the occupied territories of the West Bank in Palestine, Israeli government and military oppression is very real yet underreported by corporate-owned U.S. media sources.

According to B'Tselem, an Israeli human rights organization made up of academics, attorneys and members of the Israeli parliament (Knesset), tens of thousands of hectares of the West Bank, including farm and pasture land, has been seized from Palestinians by Israel. Hundreds of thousands of Israelis live in the more than 200 Jewish settlements and settlement outposts established in the Palestinian West Bank.

The Palestinian West Bank came under Israeli control as a result of its conquest during the 1967 Arab-Israeli War. Because of the Israeli settlements, much of it for all practical purposes has become a permanent part of Israel in violation of international law according to the International Court of Justice.

The same court ruled that the Israeli separation barrier of walls, barbed wire and trenches in the West Bank is also illegal. This barrier -- built overwhelmingly in occupied territory -- effectively takes more land away from the Palestinians and prevents many Palestinians from normal access to their vineyards, olive groves and fields. …

At the conclusion of Pope Emeritus Benedict XVI's pilgrimage to the Holy Land in 2009, he said: “Let it be universally recognized that the State of Israel has the right to exist, and to enjoy peace and security within internationally agreed borders. Let it be likewise acknowledged that the Palestinian people have a right to a sovereign independent homeland, to live with dignity and to travel freely. Let the two-state solution become a reality, not remain a dream.”

No one is saying it out loud, but it appears that the Palestinian leadership is choosing to pursue the settlement track rather than the Gaza track in the war crimes efforts against Israel. Palestinians have publicly talked about pursuing in the International Criminal Court (ICC) war crime cases against Israel for the deaths and destruction in Gaza during last summer’s war and for the ongoing illegal settlement activities in the occupied territories. …

On the other hand, the case against Israeli settlement activities, land confiscation and the movement of persons from the occupying country to the occupied areas form a much easier case to win. The Fourth Geneva Convention makes very clear that settlements and those directing and protecting the settlers are committing a violation of international humanitarian law — which makes the settlement track stronger for Palestinians, since it is a crime that is still continuing, and no denial of its existence is possible. The Israeli government, through its military leadership, is responsible for the settlements enterprise, which constitutes a war crime. Furthermore, the 2004 advisory decision by the International Court of Justice referred clearly to the fact that settlements in the occupied territories run contrary to international law. …

… The international community, including the Obama administration, should be given credit for recognizing the need to unify the Palestinian political system in order to address the humanitarian crisis in Gaza and stabilize the security situation. However, this consensus must now be backed by sustained pressure to implement reconciliation agreements between Fatah and Hamas and to end Israel’s closure of Gaza. It is incumbent on the world to engage at the highest levels with the Palestinians, Egypt and Israel to push this process forward.

If there is no reconciliation, the international community must be willing to promote new arrangements for rebuilding Gaza and ending its isolation. Donors will have to coordinate directly with local and international NGOs, as well as the de facto Hamas authorities, while continuing to urge that the current Palestinian government of national consensus deploy in Gaza. …

So, after Prime Minister Benjamin Netanyahu thought it was acceptable to address a joint session of Congress without coordinating it with the White House, he has now engaged in a media blitz to tell the U.S. public why he thinks the deal reached by the six world powers and Iran on its nuclear program is bad and unacceptable. …

So here is a very simple suggestion: you can feel perfectly fine finding Netanyahu an embarrassment and still be totally pro-Israel. …

The essence of democracy is that while you are expected to respect majority decisions, this doesn’t mean you have to think they are right. It is part of the democratic ethos that you are not only allowed to criticize elected leaders, but obliged to do so if you have good reason to believe they are wrong.  …

We didn’t need Netanyahu to tell us that a nuclear Iran is not a thrilling prospect. Nobody in the Free World and Arab countries are enthusiastic about a nuclear Iran, and all of us would want this to go away. But politics is the art of the possible. As several commentators have pointed out, no deal at all would have been the worst of options, among others, because Russia and China would have walked away from the sanctions regime – thus rendering it ineffective – if no deal was reached. It is also no secret that Obama’s long-term objective is to end more than three decades of a cold war with Iran, in the hope that this may, in the long run, facilitate a gradual transformation of Iran’s regime. …

But there are many other reasons to think that Netanyahu has been a bad prime minister. I speak a lot with European diplomats and politicians, and I can assure you that Obama’s dislike for Mr. Netanyahu is by no means an exception but the rule.

Most major European leaders do whatever they can to avoid him, his patronizing lecturing, and his shameless use of tragic occasions – such as the recent terror attacks in France – for his personal political advantage. In the last six years, he has been increasing Israel’s isolation, done nothing to alleviate the country’s widening economic inequality, and significantly contributed to a sharp increase in racist incitement not only of Jews toward Arabs, but between Jewish ethnicities in Israel. …

Israel has existed before Netanyahu and it will exist after him. He does not represent the best, most humane, moral and creative aspects of Israel. …

The beginning of the American Spring, Gideon Levy, Ha’aretz, April 12, 2015

The promise of nuclear deal with Iran — for Israel, Meir Javedanfar, The Jewish Daily Forward, April 10, 2015