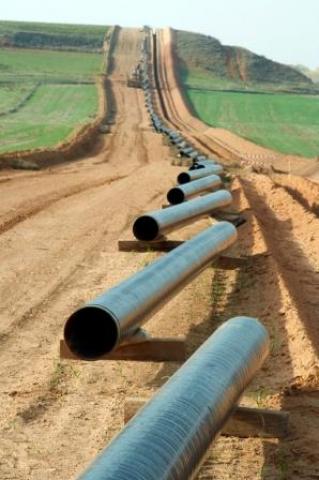 The Maryknoll Office for Global Concerns, along with many of our faith-based colleagues, signed the following letter that was delivered to every member of the U.S. Senate. As we stated at the end of our 2009 statement, Global economy imperils Earth, humanity, "We stand with others of good will ready to make decisions to serve the good of our one common humanity and the best interest of Earth, mindful of its need to rest, regenerate and repair." (Letter is also attached as PDF below.)

Use this link on the Friends Committee on National Legislation (FCNL) website to send your letter to the Senate.

As faith-based organizations and denominations united in our shared commitment to care for God’s creation, we stand in solidarity with marginalized peoples throughout the world and witness the immense suffering that is often created by continuous damage to the environment. We believe that God’s creation is sacred and should be protected, and urge you to vote against advancing the Keystone XL Pipeline, which each day is projected to carry 830,000 barrels of harmful tar sands oil from Alberta, Canada to the Gulf Coast.

We are especially concerned about the ramifications of increased extraction of tar sands oil on areas of the world most impacted by carbon pollution. Tar sands extraction releases higher levels of carbon dioxide than conventional oil, and thus has greater impact on our partners and the ecosystems on which they depend throughout Africa, Latin America, the Middle East, and the Asia-Pacific. Our partners share stories about how their lives are already touched by climate change. Intense hurricanes, rising sea levels, and severe droughts are causing the loss of livelihoods and land and increasing incidences of disease.

We are also alarmed by the impacts of current tar sands extraction on the environment and peoples of Alberta, Canada. These include deforestation of the ecologically diverse Alberta Boreal forests, which are a symbol of God’s gifts to us; and we believe that the delicate balance of this ecosystem should not be up-ended for the extraction of more tar sands oil. Indigenous communities who live in this region of Alberta have already begun being displaced from their lands. The tar sands are also linked to increased cancer rates, as well as circulatory, respiratory, and gastrointestinal health conditions among the indigenous communities in the region. These health concerns will inevitably worsen if the demand for oil rises with the construction of Keystone XL.

The health of communities and ecosystems surrounding the Keystone XL Pipeline in the United States is also at risk. We have seen with past pipeline projects that oil spills are always possible, and in this case would threaten one of the main rivers that run through the U.S. as well as the Ogallala Aquifer, a major source of irrigation and drinking water for eight states in the Great Plains region. Low-income communities of color surrounding refineries in Texas will be increasingly at risk for asthma, cancer, neurological and reproductive health challenges as the refining of tar sands emits high levels of sulfur and nitrous oxide. We believe that all of God’s people, especially marginalized communities, deserve protection from toxic chemicals.

Our faith traditions call us to protect God’s earth and all of its inhabitants. It is especially critical at this time to reverse the effects of climate change by reducing our consumption of fossil fuels. Rejecting the Keystone XL Pipeline, and investing instead in more clean energy technology, is a step in the right direction.

Please vote against the Keystone XL Pipeline, regardless of what amendments are attached to the bill, and begin to work toward a sustainable future for all of God’s creation.

Sisters of Charity of Saint Elizabeth Office of Peace, Justice and Ecological Integrity

Sisters of Mercy of the Americas’ Institute Justice Team