Making UN “leave no one behind” principle a reality 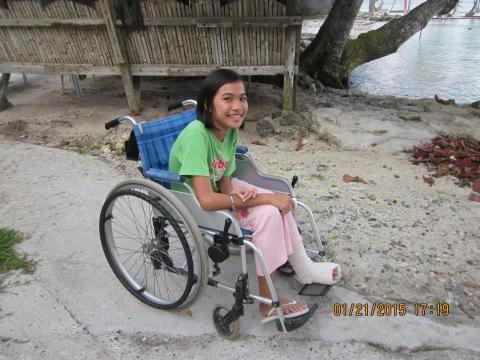 Reducing inequality is a top priority for the UN Social Development Commission. The following article was published in the March-April 2019 issue of NewsNotes.

Inequality – the state of not being equal in status, rights, and opportunities – is recognized by the UN Department of Economic and Social Affairs as a central concept in every social justice discourse. Growing disparities between access, opportunity, wealth, and gender undermine social, environmental and economic sustainability and fuel inequality, poverty, insecurity, crime, and xenophobia. Addressing rising disparities within and among countries is seen as a requirement for sustainable development.

Income inequality – the gap between the wealthiest and everyone else – is one of the most persistent challenges in the fight to eradicate poverty. According to new research by Oxfam International, the world’s 26 richest people own the same wealth as the 3.8 billion poorest half of humanity. The report also said women and girls are the hardest hit by rising inequality, as men own 50 percent more of the total global wealth and control 86 percent of corporations.

The 2018 World Inequality Report found that the wealthiest 1 percent of humanity acquired 27 percent of the world’s income between 1980 and 2016 – more than twice the rate of the bottom 50 percent, who acquired only 12 percent. This has resulted in a steady decline of public capital and stagnation among the global 50 percent poorest while private equity continued to increase. Various analyses by experts shows that these gaps are brought on by the dominance of neoliberal policies, the speed of technological change, weak global and national tax policies, the erosion of labor rights, and the corporate control of political processes and state institutions.

Neoliberal policies such as austerity measures and budget cuts in the social sectors hit women the hardest. In his independent expert statement to the UN General Assembly last October, Juan Pablo Bohoslavsk said, “Women carry most of the burden of austerity measures, fiscal consolidation and other economic reform policies. These measures, instead of promoting women’s human rights, add to existing structural inequality, and further entrench discrimination against women.”

In July, the High Level Political Forum on Sustainable Development will review Sustainable Development Goal 10 (SDG 10): “Reduce inequality within and among countries.” One of the targets for SDG 10 is for countries to adopt fiscal, wage and social protection policies that progressively achieve greater equality. Two commissions of the United Nations, the Commission on Social Development (CSocD57) and the Commission on the Status of Women (CSW63) have chosen this important target as a priority theme, as has the Economic and Social Council (ECOSOC) Fourth Financing for Development Forum.

Policies on fiscal, wage and social protection offer a systematic approach to lessen inequalities within countries and among countries and align with the UN 2030 Agenda for Sustainable Development’s ambitious principle to “leave no one behind.” In particular, social protection is key to sustained inclusive economic and social development, for individuals, communities and nations. In February, the UN relaunched the Global Partnership for Universal Social Protection to increase the number of countries that provide Universal Social Protection (USP). Some examples of good practices towards USP are universal old age and disability pensions by Timor Leste, China, South Africa; cash transfers by Brazil, Philippines and Colombia; and unemployment benefits by France, Malaysia and Romania.

The 57th Session of the Commission on Social Development submitted a resolution to ECOSOC on tax and wage reform to combat inequality within countries. The resolution also encourages developed countries to fulfill their development assistance commitments as a means to reduce inequality among nations.

Photo: A girl receives services at Our Lady of Victory Youth Training Center, founded by Maryknoll Sister Cecilia Woods, MD, in the Philippines in 1983. The center promotes social inclusion for people with disabilities. Photo by M. Misolas, MM.