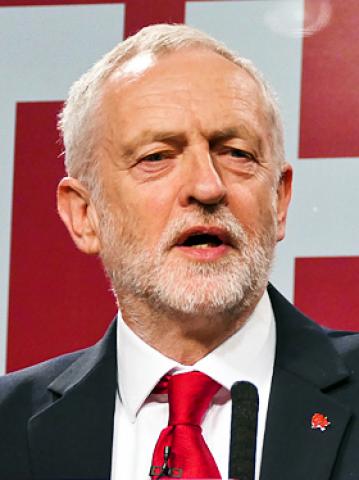 In a stunning turn of events, the Labour Party in the U.K., led by Jeremy Corbyn, defied expectations in a snap general election on June 8 and gained 30 seats in the House of Commons. The following article, published in the July-August 2017 issue of NewsNotes, examines Labour’s proposal for ownership reforms, which, if implemented, could have a profound impact on the U.K. economy.

The Labour Party’s recent electoral victory in England surprised many media commentators with some pointing to the release of its manifesto, similar to a party platform in the U.S., as the beginning of the rise of the party’s popularity. The platform contains many popular items, like stepping back the austerity measures of the current Tory government with increased spending in health, education, and infrastructure, paid for by increasing taxes on wealthy individuals, corporations, and speculators. One plank that received less attention but could bring about profound structural changes in British society is “widening ownership of the economy.”

“While Britain is a long-established democracy,” the platform states, “the distribution of ownership of the country’s economy means that decisions about our economy are often made by a narrow elite. More democratic ownership structures would help our economy deliver for the many and lead to a fairer distribution of wealth.”

Numerous studies have shown that corporations, whose primary goal, by law and tradition, is to provide returns to stockholders, are increasingly focusing on short-term profits at the expense of long-term investments and research and development. This has been tied to declining rates of productivity, an important component of economic well-being, especially in the long run. A report prepared to assist the Labour Party in forming its platform proposes “reassigning responsibility for running companies away from those with an interest in extracting value towards those whose interest lies in their long-term viability and growth, such as the workforce or other stakeholders, will help to tackle these problems.”

Collective forms of ownership will also help reverse increasing levels of inequality and financial insecurity, as “wage gaps tend to be lower in cooperatives, and, during periods of economic difficulty, [and] cooperatives tend to reduce labour costs by wage reductions/time off rather than job losses, boosting security.”

While media has focused mostly on Labour’s proposal to (re)nationalize the postal and rail services, their proposals go far beyond that, focusing more on cooperatives and municipal and locally-led forms of ownership. The platform aims to “give more people… a say in our economy by doubling the size of the co-operative sector and introducing a ‘right to own,’ making employees the buyer of first refusal when the company they work for is up for sale.”

The platform also calls for using government purchasing to favor cooperatives and employee stock ownership plans. The preparatory document elaborates on the idea of developing community wealth through anchor institutions - organizations with important links to a place, such as local authorities, hospitals, universities, trade unions, local businesses, and housing associations. These are important for a local economy because, “while many corporations may be able to move, an airport or a hospital probably will not.”

Labour’s platform also points to privatization of water, energy, and other services in England as the cause of rising prices and poorer quality service, a reality experienced around the world. They propose re-nationalizing the postal and rail services while energy, water, and many other services would likely be turned (back) over to municipal and regional entities that tend to be more responsive to customers. Hundreds of cities worldwide have done the same in recent years.

Finally, moving to more collective forms of ownership is especially important for the future as automation begins to replace more human work. “The goal,” according to the preparatory report “should be to embrace the technological potential of modernity… with all its liberating possibilities, while building new institutions around ownership, work, leisure and investment, where technological change is shaped by the common good.”

Instead of increasing inequality and raising unemployment, increased automation can benefit all. With democratic decision-making in the marketplace and policies such as higher minimum wages to encourage automation, shorter work weeks, shifting education to promote creativity and skills that compliment machines, and perhaps a universal basic income to supplement labor income, the future could be as imagined by John Maynard Keynes who in 1930 predicted that by 2030 the average work week would have shrunk to 15 hours and technology would give birth to a new “leisure class.”