Kenya: The voice of the people 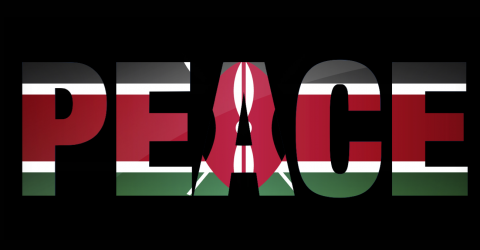 The following article was written by Sr. Teresa Hougnon, MM, who lives and works in Kenya, where elections took place on Monday, March 4, in mostly peaceful conditions, though some violence did occur. According to the New York Times, "The worst violence erupted on Kenya’s coast, but it was not clear how connected it was to the voting. Police officials said that a large gang ... ambushed a patrol in the port city of Mombasa ... and killed four officers with machetes. At least two other police officers were killed elsewhere, and the authorities immediately blamed the Mombasa Republican Council, a fringe separatist group that opposed the elections and believes Kenya’s coastal zone should be a separate country." At press time, it appears that Uhuru Kenyatta is ahead with 53 percent, followed by Raila Odinga, with 42 percent of votes.

On March 4, Kenyans [went] to the polls to choose not one leader, but six different agents to represent them in the new democratic structure of their government. The new constitution, ratified in August 2010, will be fully implemented by this new government. But moving a population of 40 million from electing a central government (one president and one minister of parliament) to electing a decentralized and more representative government will be a process that takes longer than the past two and a half years. And inspiring a country that has voted along tribal lines since multiparty politics in 1992 to now vote for candidates based on character and potential will take even longer.

The major concerns leading into the election have been documented by many credible sources including Amnesty International, International Center for Reconciliation, and the Kenya National Human Rights Commission. The concerns are the unpreparedness of voters to properly understand the process, the failure of the Independent Electoral and Boundaries Commission to complete its own preparation, the primaries that were fraudulent and violence provoking, the International Criminal Court cases hanging over Uhuru Kenyatta and William Ruto, and the training of tribal militias. I am concerned by all these indicators, but I want to offer another perspective, the voice of the people.

We work with the citizens of Kenya, the common wananchi, as they say, in Nairobi, Kisumu and in North Kuresoi District where the citizens have experienced cyclic election violence since 1992. Their voices, their stories, infuse hope into my analysis of the situation.

As results of the primaries came in and news of protests in constituencies were reported on January 18, I became quite discouraged. People were protesting for their democratic rights, not because their candidate lost. In some cases, the protester’s candidate had won, and the party denied the certificate. In other situations the candidate was denied a place on the primary ballot. Such cases happened in both the major parties, TNA (Uhuru Kenyatta’s party) and ODM (Raila Odinga’s party). A positive sign is that people are speaking up even within their own constituency for their right to be represented, indicating that they do not blindly support their party leaders, as before. In the past five years, and more so in the last three, people have been speaking out, calling out injustice or corruption on the part of their leaders. People of Kenya are beginning to take their rightful ownership of the country and government.

The desire for a peaceful election is in the air. People remember what happened in 2008, and do not want to repeat that. In Kuresoi, people tell us there is no tension. There is mistrust, yes, but not the tension of the past. People are wiser, more aware of their own part in creating their future. What gives me hope is that people are making choices. Some [traveled] to their ancestral homes to be safe, others [sent] their families to safe places. These are good choices, but for me, it is an indication that people are taking control of their own lives and not looking to leaders for direction. The protests indicate for me that people are speaking up for their own rights, not letting their leaders make the decisions for all.

I have seen civil society grow in power and influence in the six years I have lived in Kenya, and I know this trend began long before I arrived. Despite the mayhem and corruption that followed the 2007 election and continues today to some degree, many of the power-grabbing tactics of the politicians have been foiled by a strong civil society that has spoken out, organized the citizens in nonviolent protests, and demanded justice. One such example was the outcry following the Parliament’s late night attempt to give themselves lucrative severance packages, including a state funeral, upon dissolving the 10th Parliament. Following a full media backlash, President Mwai Kibaki refused to sign the measure. The wananchi took the opportunity to send a clear message to their politicians by sending the 10th Parliament out with a mock state funeral, burning 210 coffins outside the Parliament building.

Efforts were stepped up by civil society agencies, preparing the citizens for the election through civic education. I was privileged to be present during a presentation by one lawyer, educating her fellow citizens on the ballots and the new government structure. She made a commitment to herself and her country to use every day until March 4 to educate people, to get the information out to the citizens, to make their vote count. She was not alone in this effort. People educated their fellow citizens because they want a free and fair, peaceful election, and did their part to make it happen.

Peace was promoted by every agency, every church, every institution, and every person I met on the street. The Catholic Church launched its Lenten Campaign for Peace, and the Anglican Church [held] a Peace Walk on February 23, one week before elections. The media published issues and aired broadcasts dedicated to promoting peaceful elections. Even corporations promoted peace through their advertising. For example, a Crown Paint advertisement depicted a man and woman with a banner "Peace, Love, Unity," under the words "Uniting the colours of Kenya."

I believe sincere efforts have been made [to ensure] a free and fair election. Corruption will still be present to some degree, and it will take years to change that behavior. But I believe in the power of intention and in the voice of the people. Violence [is still here], as we see in the Tana Delta, but what we experienced in 2008 will not happen again. The people in Kenya will not participate.