Japanese bishops: Peace must not depend upon weapons 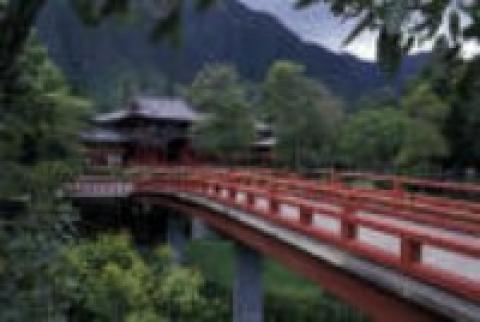 In commemoration of the 70th anniversary of the end of World War II, the Catholic bishops of Japan released the following statement. It was printed in the July-August 2015 NewsNotes.

1. The Church cannot remain silent in the face of threats to human life and dignity

For the Catholic Church, this is a noteworthy year because it marks the 50th anniversary of the closing of the Second Vatican Council (1962-1965). In the first half of the 20th century the Christian Church centered in Europe experienced two world wars and genocide against the Jews by Nazi Germany.

Reflecting on these tragedies, the Church cannot close itself up with merely "religious" concerns. We have realized that the problems of humanity are our problems. The Pastoral Constitution on the Church in the Modern World, Gaudium et Spes, issued at the end of the Second Vatican Council, is a clear example of this insight, opening with the following words.

From the end of the Second Vatican Council up to the papacy of Pope Francis today, the Church has actively faced the issues of human life and dignity, especially of those who are excluded or oppressed.

2. The decision to renounce war

Japanese colonial rule on the Korean Peninsula until 1945 as well as acts of aggression against China and other Asian countries caused great suffering and sacrifice among people. The Second World War was a horrible experience for the Japanese people as well. Beginning with the Tokyo air raid of March 10, 1945, large-scale air raids struck many cities in Japan. In addition to the many Japanese and foreign troops who became casualties during land combat on Okinawa, many civilians suffered as well. Then finally there were the atomic bombings of Hiroshima on August 6 and Nagasaki on August 9, 1945. These experiences gave birth to a desire for peace that was codified in the Constitution of Japan promulgated in 1946 based on the sovereignty of the people, the renunciation of war and respect for basic human rights. Following this peace constitution, Japan has striven to build relationships of trust and friendship with the nations of Asia.

Against the background of the Cold War and the subsequent fall of the Berlin Wall, the Catholic Church throughout the world has made increasingly clear its opposition to the arms race and the use of weapons to resolve disputes.

In his encyclical Pacem in Terris, Pope John XXIII said, "in this age which boasts of its atomic power, it no longer makes sense to maintain that war is a fit instrument with which to repair the violation of justice" Vatican II in Gaudiam et Spes opposed the arms race, and urged peace that does not rely upon military force. In his Appeal for Peace in Hiroshima in 1981, Pope John Paul II demonstrated this clear renunciation of war when he said, "War is the work of man. War is destruction of human life. War is death."

Given this historical background, it is a matter of course that we Japanese bishops respect the ideals of Japan’s no-war Constitution. For Christians, the renunciation of war is demanded by the Gospel of Christ. It is a respect for life that cannot be abandoned by religious people and an ideal that is held firmly by the whole human race.

The Catholic Bishops’ Conference of Japan knows that it has a special vocation to work for peace. It is not based upon any political ideology. We continue to appeal for peace not as a political issue, but as a human one. Our awareness of this vocation is, of course, influenced by the horrors inflicted by nuclear weapons on Hiroshima and Nagasaki, but it is also born of deep remorse when we reflect upon the attitude of the Church in Japan before and during the war.

During a Mass celebrated on September 26, 1986, at the plenary meeting of the Federation of Asian Bishops’ Conferences (FABC) held in Tokyo, Archbishop Shirayanagi of Tokyo made the following declaration. "We Catholic bishops of Japan, as Japanese, and as members of the Catholic Church in Japan, sincerely ask forgiveness from God and from our brothers and sisters of Asia and the Pacific Region for the tragedy brought by the Japanese during the Second World War. As parties involved in the war, we share in the responsibility for the more than 20 million victims in Asia and the Pacific. Furthermore, we deeply regret having damaged the lives and cultures of the people of these regions. The trauma of this is still not healed."

These words were not those of a single bishop. He spoke as president of the bishops’ conference, conveying the opinion of the whole conference. As mentioned above, in their messages on the 50th and 60th anniversaries of the end of the war, the bishops continued to reflect upon the issue of the Church’s responsibility before and during the war and from that standpoint have expressed their determination in favor of peace.

4. Problems such as recognition of history and the exercise of collective self-defense

Seventy years after the war, memory of it is fading along with memories of Japanese colonial rule and aggression with its accompanying crimes against humanity. Now, there are calls to rewrite the history of that time, denying what really happened. The present government is attempting to enact laws to protect state secrets, allow for the right of collective self-defense and change Article 9 of the Constitution to allow the use of military force overseas.

At the same time, we cannot overlook growing nationalism not only in Japan, but among the governments of other countries in this part of the world. As tensions rise between nations, a strong commitment to improved relations through dialogue and negotiation rather than increased militarization becomes more important for regional stability.

Domestically, the situation in Okinawa presents a particularly serious problem. Compared to the rest of the country, the number of military bases there is especially high. New base construction is underway, contrary to the wishes of the citizens of the prefecture. This demonstrates an attitude that puts priority on armaments while ignoring people and efforts to build peace.

5. Amidst the serious crises facing the world today

Viewing the world today, the tragedies of military conflict and terrorism occur over and over again in many places. In addition to conflicts between nations and ethnic groups, now violence in the name of religion makes it increasingly seem as if throughout the world dialogue has become impossible. In that situation, women and children as well as ethnic and religious minorities are especially threatened and many lose their lives.

In the face of such worldwide destructiveness, Pope Francis has expressed concern that some people seem to speak of a "Third World War" rather than making sure we do not repeat the mistakes of the past. The world faces the sorts of crises that cannot but cause people to wonder if force is the answer. What has become of respect for humanity? However, repeatedly answering violence with violence will only lead to the destruction of humanity. The world is dominated by the globalization of companies and the financial system.

Disparities continue to widen and the poor are excluded. Human economic activity is causing climate change and the destruction of biodiversity. If we wish to realize peace, this situation must change. We cannot ignore the problems of poverty and the environment that produce disparity and exclusion. We are each called upon to overcome our indifference to the world’s problems and change our lives. We cannot solve all the world’s problems at once, but we can patiently continue to work toward peace and mutual understanding.

We recall the words of Pope John Paul II in his Appeal for Peace in Hiroshima: "Peace must always be the aim: peace pursued and protected in all circumstances. Let us not repeat the past, a past of violence and destruction. Let us embark upon the steep and difficult path of peace, the only path that befits human dignity, the only path that leads to the true fulfillment of the human destiny, the only path to a future in which equity, justice and solidarity are realities and not just distant dreams." We are encouraged by the words of Jesus Christ, "Blessed are the peacemakers" (Mt. 5:9). Seventy years after the end of the war and 50 years after the end of the Second Vatican Council, let us renew our determination to seek peace and to work for peace. We Catholics in Japan are small in number, but in union with other Christians and along with believers of other religions and those throughout the world who wish for peace, we renew our commitment to work to make peace a reality.