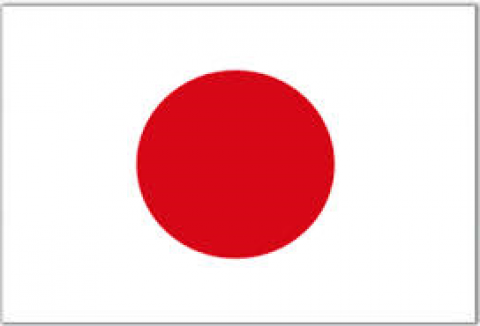 In the January-February 2014 NewsNotes, Fr. James Mylet contributed Japan: Constitution’s Article 9 revisited, which gave a brief update on the troubling possibility that the anti-war components of Japan’s constitution could be annulled. On July 1, the government of Prime Minister Shinzo Abe approved changes that could lead to Japan’s use of military force in overseas missions and to allow Japan to exercise the right to collective self-defense.

According to a Union of Catholic Asia News (UCAN) article on July 4, Japan’s Catholic bishops issued "a strongly worded statement addressed to Prime Minister Shinzo Abe" and "called on the government to ‘review and repeal the cabinet’s decision at once’ to allow Japan’s Self-Defense Force to carry out military operations with other nations."

The bishops released their statement on July 3, two days after Japan’s cabinet had announced its "reinterpretation" of the constitution.

"In their statement," continued the UCAN article, "the bishops pointed out that previous governments had recognized that participation in collective self-defense was ‘constitutionally unacceptable.’

"The bishops claimed that the Abe government’s decision ‘trampled on the constitution’ and was ‘a denial of constitutionalism.’ The bishops said that for the nearly 70 years since the end of World War II Japan’s citizens have respected and taken pride in the Preamble and Article 9 of the constitution that call for peace and renounce war.

"’We, the Catholic Church, are convinced that it is false to think that security can be ensured by military buildup and the use of force,’ said the [Catholic Bishops’ Conference of Japan, CBCJ] statement. The bishops went on to say, ‘Moreover, the latest backtracking on the principles of the Peace Constitution obstructs the easing of tensions in East Asia so that dialogue and trust among nations will be beyond our reach.’

"The bishops emphasized that peace ‘can be built by sincere reflection upon history and apology followed by forgiveness’ and ‘We must not abandon the hope to avoid war and armed conflict through dialogue and negotiation.’ However, at a July 1 press conference, Prime Minister Abe expressed the government’s view that ‘this cabinet decision does not in any way change the principles of the constitution.’"

Pax Christi, the international Catholic peace movement, also posted a statement expressing its very strong regret of the decision. "Pax Christi International and many of its Member Organisations, including the Japan Catholic Council for Justice and Peace (CCJP) [and the Maryknoll Office for Global Concerns], have been campaigning for many years in keeping the original wording of the Constitution which reads: ‘Aspiring sincerely to an international peace based on justice and order, the Japanese people forever renounce war as a sovereign right of the nation and the threat or use of force as means of settling international disputes. To accomplish the aim of the preceding paragraph, land, sea, and air forces, as well as other war potential, will never be maintained. The right of belligerency of the state will not be recognised.’

"Now, with the changes to the interpretation of Article 9," the statement continues, "a Cabinet-approved document allows for the use of force as a means of self-defense not only when Japan comes under military attack, but also when a nation with a close relationship to Japan comes under attack. This move taken by the present Japanese government means a historical turning point in post-war Japan and a weakening of its commitment to constitutional nonviolence.

"[We are] deeply concerned about this decision .... Article 9 has been a sign of hope for a world that yearns for deep, inclusive and lasting peace. It has encouraged dialogue and diplomacy, helping Japan to become a stabilizing factor in East Asia rather than a threat to neighboring countries. We strongly encourage the Japanese government to address ‘territorial disputes’ in accordance with the spirit of Article 9 rather than to revise such an important and visionary article from the Japanese Constitution. ...

"We affirm our conviction that amending Article 9 from the Japanese Constitution or changing its interpretation is disrespectful of the will of the majority of the Japanese people and it would be a significant step in the wrong direction. Rather, the commitment represented by Article 9 to build peaceful international relations based on reconciliation, equality, and mutual respect should serve as a model for the world.