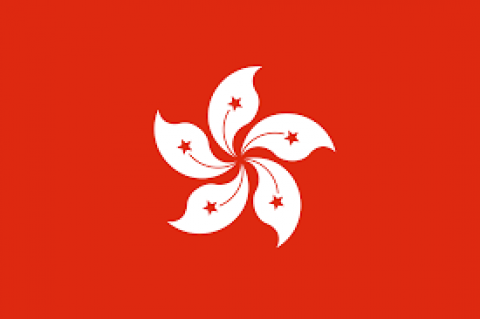 Over a month after they started their pro-democracy street occupations on September 28, the most surprising thing about the “umbrella movement” campaigners in Hong Kong is that they are still there. Using their umbrellas as frail shields against the pepper spray of the police confrontations, the activists have weathered not only attacks from police but also merchants and residents angry at the obstruction of traffic and commerce. Moreover, they have remained in the streets in spite of predictions that the students would lose interest and notwithstanding divisions within the pro-democracy movement over how to respond to the Hong Kong government’s refusal to negotiate on the protesters’ core demands.

When these street protests, originally known as Occupy Central, began, many politicians and business leaders predicted chaos and a violent crackdown by Chinese authorities. Neither has happened. A largely polite and even festive protest has endured, even with the numbers of pro-democracy protesters ebbing from the high of over 10,000 camped out in the streets to only several hundred in three encampments blocking the central business and government district of Hong Kong. Hundreds of multicolored tents fill the highway in front of Hong Kong’s government buildings. In the evenings students work on their homework at specially built desks while pro-democracy leaders give speeches.

Even smooth-jazz icon Kenny G stopped by to lend support to the crowds. Hugely popular in China, his 1989 tune “Going Home” has for decades blared at closing time in public spaces. His visit to Occupy Central quickly turned controversial, however, when Chinese authorities denounced “foreign interference” and Kenny G reversed himself, apologizing to Beijing and using Twitter to send messages that he did not support the demonstrations. He played four concerts in China in September, and apparently did not want to jeopardize future business opportunities.

In contrast to their harsh crackdowns at home, China’s Communist Party leaders seem to be following a strategy of ignoring the pro-democracy demonstrators, while nonetheless watching them closely. The day the massive demonstrations began, Chinese President Xi Jinping met with Hong Kong’s business elite in Beijing and advised them to refrain from public statements about the pro-democracy movement. Consequently, while some of them are supportive of the demonstrators, the tycoons have been silent over the last month. Some are afraid of the undercurrent of economic discontent in the Occupy movement, with students complaining about the high cost of housing, scarcity of jobs and lack of economic opportunity.

Authorities are also closely monitoring the internet, as evidenced by the arrest by the Technology Crime Division of the Hong Kong Police of a student who posted a “call to action” on a popular online forum. While they seem to be waiting for the demonstrations to peter out, the Beijing authorities are clearly not about to back down from their pronouncement in August setting strict guidelines for the 2017 election of Hong Kong’s next leader – which set off these mass demonstrations to begin with. The main demand of the pro-democracy activists, civic nomination – that the public be able to nominate the candidates for Hong Kong’s chief executive – seems no more likely to be granted after weeks of mass protests. And Leung Chun-ying, Hong Kong’s unpopular chief executive, still retains the support of Beijing, in spite of his clumsy handling of the protests and a public scandal over millions in secret payoffs from an Australian engineering firm.

On October 23 the United Nations Human Rights Committee in Geneva called on China to allow free elections in Hong Kong, rejecting Beijing’s establishment of a 1,200 person nominating committee as “not satisfactory” and undemocratic. It gave the Hong Kong government two months to comply. Before it was returned to Chinese sovereignty in 1997, Hong Kong became a party to the International Covenant on Civil and Political Rights, a UN treaty that commits signatories to respect civil rights such as freedom of speech, right of free assembly and of free elections. While China never ratified the treaty, it did agree that the treaty would apply to Hong Kong after it assumed control of the territory. The Human Rights Committee reviews signatory states’ compliance with the treaty.

While it is unclear how the pro-democracy movement will achieve its goals in Hong Kong, it has emphatically shaken up the political status quo in this city of 6.9 million, and has presented China’s Communist Party leadership with its greatest political challenge since it crushed the pro-democracy protests in Tiananmen Square in 1989.