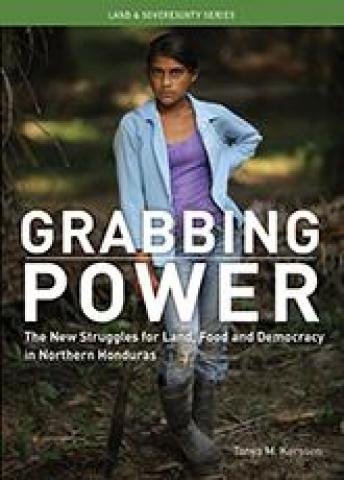 Over the past year, Honduran indigenous and peasant people have been caught between the land grabbers and the "war on drugs." In May 2012, four indigenous villagers, including a 14-year-old boy, were killed and three wounded during a drug raid in Honduran indigenous Moskitia land. The New York Times stated that Honduran police agents involved in the operation reported to government investigators that they took their orders from the U.S. Drug Enforcement Agency (DEA). In late January paramilitary units assassinated two more peasants in Ahuas, another indigenous village, bringing the murder of subsistence farmers and indigenous leaders to at least 60 since the 2009 coup.

In early February, the U.S. Food Sovereignty Alliance (USFSA) condemned the killings of peasants by paramilitary forces and urged the U.S. administration to end its support of the Honduran government. The USFSA noted that most of the killings of small scale farmers and indigenous leaders took place in areas where large land grabs displaced Honduran small scale farmers, and it urged the administration to investigate. This follows a January 25 letter from 58 members of Congress to the U.S. Departments of State and Justice, calling for a credible investigation into the DEA-instigated killings of Honduran civilians.

Although Latin American governments heatedly denounced the Honduran coup in June 2009, several months later, amidst a political environment tainted by repression and fear, where mass arrests, illegal detentions and violence suppressed political organizing, Porfirio "Pepe" Lobo became president of Honduras. Since his election, Lobo has pushed through legislation favoring investments in agro-fuels, tourism, forestry and mining while continuing a reign of repression on those who would protest. During this time, security in Honduras deteriorated to the point that during 2011 and 2012 Honduras became and remains the most dangerous country in the world, with homicide rates over 85 per 100,000 habitants.

In Honduras one quarter of the most productive arable land is monopolized by less than one percent of farmers, the wealthy large producers, who would like nothing more than to acquire land still owned by small scale farmers. In the 1990s land grabbing attempts were foiled when peasant organizations fought back through legal means. Under President Zelaya, small scale farmers were making progress at reclaiming land but all these gains were reversed once Lobo came to power.

In January, the Honduran Congress passed the Charter Cities law which will establish specialized development zones administered by more industrialized third-party donor governments and Honduran citizens. This essentially gives Congress the ability to transfer control of land (including specialized tourist zones) to foreign investors and ensures that land-grabbing will continue.

This is the second version of this legislation, and was passed after Congress fired four Supreme Court judges who had ruled the original law unconstitutional.

The Charter Cities law targets "uninhabited" lands, but these lands are actually the ancestral territories of Honduras’ Afro-Indigenous peoples. FoodFirst reports that one of the most attractive factors motivating the land-grabbing in Honduras is the global demand for palm oil. Thanks to renewable fuel targets in the U.S. and Europe, over the past decade annual demand tripled from two million to over eight million tons.

Honduran small scale farmers losing land ownership coincides with the intense militarization of the country over the past half a century. During the 1980s thousands of subsistence farmers were violently displaced when the U.S.-backed contras – at war with the Sandinista government of Nicaragua – occupied massive areas of the border zone. The militarization continues under the guise of the "war on drugs." In 2011 the Pentagon increased its contract spending in Honduras by 71 percent. Five more military bases have since been upgraded, spreading the U.S. military presence to the entire country. This wave of militarization and increased foreign investment brings with it a growing number of paramilitary units at the service of those who will pay.

For more information, see FoodFirst’s new publication, Grabbing power: The new struggles for land, food and democracy in Northern Honduras, written by Tanya M. Kerssen. The book unravels the history of agribusiness in northern Honduras, from the United Fruit Company’s dominance in the early 20th century to the rise of landowner Miguel Facussé, the "oil palm grower of death." 188 pages, $14.99; available as an Ebook on Amazon. Download the table of contents and introduction, or buy a copy of the paperback version, on FoodFirst’s website.