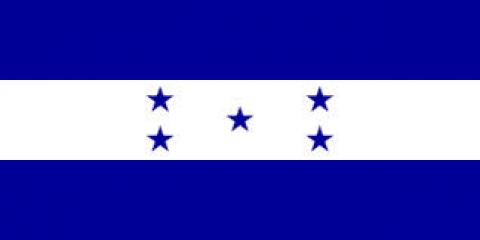 The following article, which appears in the November-December 2013 NewsNotes, was written by Eben Levey, whose internship with the Maryknoll Office for Global Concerns focuses on Central America issues. Eben will participate in an election-monitoring delegation in November.

On November 24, Honduran citizens will go to the polls to elect a new president. As the date rapidly approaches, there is much doubt that the current situation in Honduras will permit free and fair elections. From violence and intimidation to institutional impediments to justice, the closely contested presidential race will occur in a context far from conducive to democracy.

Since the military coup in 2009 that overthrew President Manuel Zelaya, Honduras has become one of the most violent countries in the world. As reported by CNN and NPR, San Pedro Sula, the second largest city in the country, has claimed the title of murder capital of the world for two years running. Yet much of the violence is far from random. The government that illegitimately replaced President Zelaya has embarked upon a course of militarization of police forces and criminalization of social protest, a course that has seen political opponents and social activists systematically targeted for prosecution, armed attacks, and assassinations.

In October, current President Porfirio Lobo deployed over 1,000 military members into the streets to act as law enforcement. These are forces that are trained to fight and kill, not to provide law enforcement. Furthermore, supervising the military police operations are individuals such as Juan Carlos "El Tigre" Bonilla, widely known for human rights violations such as extra-judicial assassinations. Many in opposition to the current government have decried the militarization of the country as a tactic to intimidate social movements and civil society opposition to the current government.

In fact, the number of social movement leaders that have been arrested and assassinated since 2009 continues to rise. A report recently released by Rights Action documents that the largest opposition party (Libertad y Refundación, LIBRE), which is fielding Xiomara Castro de Zelaya (President Zelaya’s wife) as a presidential candidate, has already suffered 15 armed attacks and 18 assassinations of their candidates and activists. In the first half of October, LIBRE lost one congressional candidate, the son of a congressional candidate, and a municipal campaign coordinator in three separate attacks. The Lobo government and the police forces have done little to investigate the attacks against LIBRE, instead claiming that the attacks have been random acts of gang violence rather than systematic targeting of political opponents and social activists.

At the moment, the most recent polls show that two candidates have separated themselves from the rest of the field: LIBRE’s Xiomara Castro and Juan Orlando Hernandez, the current president of the National Congress and handpicked successor to President Lobo. While Castro and LIBRE are hoping for a transformation of Honduran society through democratic elections, Hernandez is running a campaign around the theme of law and order, promising to continue the work of his predecessor President Lobo in militarizing the police, cracking down on social dissent, and proclaiming Honduras open for business to multinational companies.

Hernandez is the only candidate who has not signed a pact put forward by the congressionally created Commission for Reform of Public Security. The Commission was created to analyze the grave public security in the country and has proposed a number of reforms that revolve around a "reaffirmation of the civil role of the national police and the revamping of police on a community policing model." Hernandez has called the pact unacceptable because "it isn’t clear that the Armed Forces should play a role as protagonist in recovering the peace and tranquility of the country." In other words, he advocates further militarization of Honduras as a solution to violence and crime.

Beyond militarization and crime, a recent letter from U.S. Representatives Raul Grijalva (D-AZ), Hank Johnson (D-GA), and Mike Honda (D-CA) to Secretary of State John Kerry has outlined the concerns over institutional impediments to functioning democracy. The letter states that "the State Department has largely countenanced the concentration of institutional power in Honduran government in the past year, in the hands of the ruling party candidate, through illegal means." President Lobo has unconstitutionally removed opposition members of the Honduran Supreme Court and replaced the Attorney General with a party loyalist, all but promising victory to Hernandez should LIBRE protest election results through the judicial institutions.

We hope that the presence of international election observers will mitigate the worst cases of electoral intimidation and violence. Fundamentally, this election will decide the future of Honduras, whether it can begin to rebuild democracy after a military coup or if those in power will continue the path of militarization and silencing social protest.