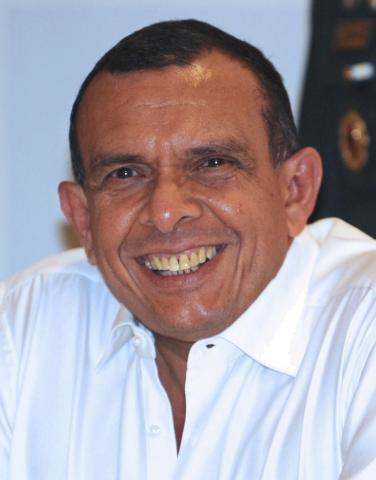 Honduras continues to experience the highest levels of violence in the world – 92 deaths per 100,000 people (compared to a global average of 6.9 per 100,000). Sadly, members of the Honduran police and military not only have been unable to decrease it, but are often themselves perpetrators of the violence. The country’s National Autonomous University has documented 149 civilians killed by police in the last two years.

Concerns over such human rights abuses are leading governments and multilateral lending agencies to reconsider their financial support to Honduras. A controversy currently rages between the U.S. State Department and Congress over security aid to the country, and a growing global campaign is pressuring the World Bank to cancel a loan to a company involved in the killing of farmers in order to take their land.

Honduran president Porfirio Lobo Sosa generated controversy in May 2012 when he appointed Juan Carlos Bonilla, known as "El Tigre," to be the chief of police despite numerous allegations against him for corruption and involvement in extra-judicial murders. According to the Associated Press, a 2002 report by police internal affairs accused then police prison inspector Bonilla of three extrajudicial killings — and linked him to 11 more deaths and disappearances that it said were part of a police policy of "social cleansing." He was tried and acquitted on one of the three charges in a process where prosecutors experienced threats and intimidation. "The rest of the cases, like most crimes in Honduras, were not investigated." Three months after Bonilla’s appointment, the U.S. Congress froze an estimated $30 million in security assistance to Honduras due to concerns over Bonilla as well as the lack of investigations into killings by police and military. The Leahy Law – named for Vermont Sen. Patrick Leahy – prohibits U.S. military assistance from going to foreign military units that violate human rights with impunity.

The State Department responded with a report assuring that it had "established a working group to examine thoroughly the allegations against (Bonilla) to ensure compliance with the Leahy Law," and that, "While this review is ongoing, we are carefully limiting assistance to those special Honduran law enforcement units, staffed by Leahy-vetted Honduran personnel who receive training, guidance, and advice directly from U.S. law enforcement, and not under Bonilla’s direct supervision." Based on these guarantees Congress restored most of the assistance.

But a March 30 Associated Press article titled "U.S. aids Honduran death squads" showed that the State Department may have lied about Bonilla’s connections with groups receiving U.S. funds for security assistance. The article states that, according to a top Honduran government security official, "‘Honduran law prohibits any police unit from operating outside the command of the director general.’ He said that is true in practice as well as on paper."

According to the article, some of the assistance "will go to the Gang Resistance Education and Training program under the director of community policing, who also told the AP that he reports directly to Bonilla." "‘I only report to the director general, all of the programs of the Honduran police are directed personally by him,’ said Otoniel Castillo, a police sub-commissioner. ‘He has a personal and intense closeness to all projects of international cooperation, especially because of his good relationship with the U.S. Embassy.’"

With this new information, Sen. Leahy and others have demanded and are waiting for an explanation from the State Department. Depending on the response, Congress may freeze the assistance once again.

Not only U.S. security assistance but also private investments and international loans are being withdrawn from Honduras because of concerns about the human rights situation. The region experiencing the highest levels of violence is the Bajo Aguan in the north of the country where at least 91 people have been killed over land disputes in the last three years. Alternative fuel mandates in the European Union and United States have created massive global demand for agrofuels. In Honduras, the result has been huge growth in the number and size of palm oil plantations and increasing conflicts over land. Miguel Facusse is the owner and CEO of Grupo Dinant, a palm oil company notorious for perpetrating violence against farmers in the region.

The German development bank DEG cancelled a loan to Grupo Dinant in 2011 due to concerns about the assassinations. The same year a wholly owned subsidiary of French energy company Electricité de France, SA cancelled a contract to buy carbon offsets from the company.

Yet the International Finance Corporation (IFC), a part of the World Bank, continues to provide a $30 million low-interest loan to Dinant. The first half of the loan was given in 2009 with the second disbursement scheduled to go out later this year. An alliance of human rights and environmental organizations has launched a campaign to convince the IFC to cancel the rest of the loan. More than 66,000 people have signed a petition to the World Bank asking to rescind the loan.

Faith in action: Sign this petition to the World Bank demanding that it cancel the loan to Grupo Dinant.