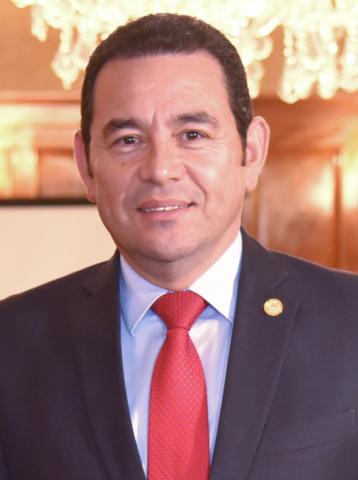 In the past few months, Guatemala has seen dangerous efforts to rollback key human rights protections instituted after the Guatemalan Civil War. The following article was published in the March-April 2019 issue of NewsNotes.

On January 7, President Jimmy Morales expelled the UN-supported Commission Against Impunity in Guatemala (CICIG). The CICIG investigations had led to the arrests and convictions of prominent military officers, politicians, businessmen and others engaged in corruption and human rights violations from the Civil War from 1960 to 1996 and up to present day.

What led to Morales turning on the CICIG

Morales supported the CICIG when he began his presidency in 2016, until the CICIG charged his brother and nephew in a fraud scheme one year later. CICIG soon began investigating Morales for campaign finance violations. These actions precipitated the Morales administration to deny visas for CICIG officials and find other ways to stifle the CICIG’s efforts. Other prominent politicians such as the former president Otto Perez Molina were brought down by CICIG corruption investigations. The former Guatemalan dictator Gen. Efraín Ríos Montt was also convicted for war crimes through a CICIG investigation. His conviction was later overturned.

With elections approaching in June, when Morales will lose immunity to the corruption charges, he and his party are doing what they can to tamp down institutions of accountability. Maryknoll missioners in Guatemala are deeply concerned about these efforts to erode the institutions and the small gains that have been made under the CICIG for accountability and justice.

The CICIG’s expulsion has been widely condemned by the international community including the Organization of American States and the UN. The U.S. Embassy released a statement in support of CICIG. CICIG international staff had to leave the country immediately.

Pressure on the Court

The Guatemalan Constitutional Court has ruled on separate occasions that this move to abolish the CICIG’s mandate is unconstitutional. The CICIG agreement functions like a treaty.

Now the court faces political retaliation. Congress plans to vote on a bill that would strip immunity from three of the Court’s judges and call for an investigation into whether or not the judges “exceeded their functions”. The Guatemalan congress is currently controlled by the president’s party.

Some analysts point to certain corporate interests supporting the CICIG’s departure. An op-ed by Action Aid and Friends of the Earth cite that the Guatemalan palm oil industry federation applauded the decision. There have been cases of human rights abuses and corruption on the part of palm oil companies in the past few years such as by REPSA in the Petén region. Maryknoll missioners have voiced concern about this project. Pesticide runoff from a palm oil plantation led to a large fish kill. One activist was killed, and others have been threatened for bringing attention to the contamination. The Roundtable on Sustainable Palm Oil is currently considering expanding membership to Guatemalan palm oil companies despite these controversies.

Two pieces of legislation considered by the Guatemalan Congress will further erode rights. One bill, the National Reconciliation Law reforms, known as 5377, would grant blanket amnesty to convicted perpetrators of crimes against humanity. This policy, if passed, would apply immediately and retroactively.

Another bill, the Law on Nongovernmental Development Organizations (5257) would limit the activities of NGOs in the country. The law would likely limit freedom of expression and action by NGOs and their staff. The law could restrict the processing of international funds to Guatemalan NGOs unless they can show it is only for charitable assistance.

The bills were supposed to have another “reading” in mid-February but they have now been delayed.

For more details and updates on these events, visit Peace Brigades International at https://pbiusa.org/tags/guatemala

View a recording of a presentation by Guatemalan human rights lawyer Ramon Cadena hosted by the Guatemalan Human Rights Commission on February 15 to better understand the current socio-political context and hear about ways to support at-risk human rights defenders in Guatemala. http://bit.ly/GuatemalaHR