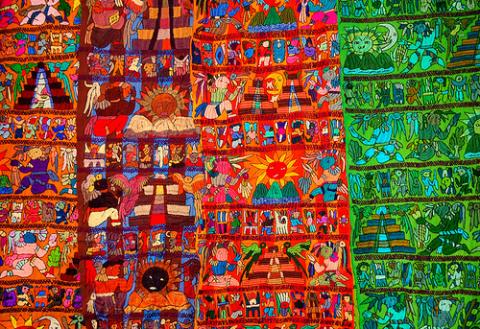 Earlier this year, as the trial of former president and army general José Efraín Rios Montt spun into chaos, Armstrong Wiggins, the director of the Washington, D.C. Indian Law Resource Center (ILRC) and a Miskito Indian leader, wrote to newly appointed Secretary of State John Kerry. On behalf of the ILRC, Wiggins urged Kerry to raise awareness and to hold the state of Guatemala accountable for unjust actions against indigenous nations with a focus on the tremendous struggles indigenous Maya, Xinka, and Garifuna people in Guatemala currently face.

Secretary Kerry’s awareness of the situation of indigenous peoples dates back to the 1980s when, as a senator, he worked to gain bipartisan support for the human rights of indigenous peoples at a time of extreme conflict in Central America. As was true then, the Maya people represent a majority of the population in Guatemala, consisting of 22 different indigenous nations; but the political, economic and social landscape of the country continues to be governed by a minority. Wiggins refers to this as "a de facto apartheid in our own hemisphere."

The fact that a majority of people living in Guatemala are not politically represented by their government has led to grave human rights violations, especially with respect to natural resources, most of which are located in indigenous peoples’ lands and territories. Wiggins reminds Kerry of his own words: "Values are not just words, values are what we live by. They’re about the causes that we champion and the people we fight for." He petitions the U.S. to "demonstrate once again that it is an international human rights leader and to make clear, through bipartisan action, that it will not tolerate any state’s continued human rights violations. These violations are not only affecting whole communities, but they are threats to regional stability, democracy, and the rule of law."

Due to a controversial decision to throw out the case in May, the fate of Rios Montt remains on hold until April 2014. With the hopes for justice for millions of indigenous peoples in Guatemala ripped away and in response to this social and political instability, the administration of President Otto Perez Molina has systematically increased militarization. Throughout Guatemala mostly indigenous human rights defenders who raise concerns about development projects and unjust legislative reforms are being killed, criminalized, and persistently threatened. Wiggins puts names and faces on these occurrences, identifying five prominent leaders killed this year, as well as four kidnapped, three threatened, and others who were wrongfully jailed, and illegally detained after peaceful protests.

Evictions from indigenous lands are common throughout Guatemala – most of these are linked to oil and mining concessions, palm oil plantations, and other energy development projects. As of April 2013 22 evictions were approved from the area of Livingston alone, potentially impacting both Q’eqchi’ and Garifuna peoples. "Communities across Guatemala such as San Rafael Las Flores, Santa Rosa; Santa Cruz Barillas, Huehuetenango; Nebaj, Quiche; Santa Maria Xelapan, Jutiapa; El Estor, Izabal; San Miguel Ixtahuacan, San Marcos; San Juan Sacatepéquez, Guatemala; Livingston, Izabal and others have requested that the State comply with its domestic and international human rights obligations as it relates to their rights to land, territory, a clean environment, and natural resources."

Many of these evictions stem from the lack of recognition and protection of indigenous peoples’ collective rights to hold land while the government pursues an expansion of natural resource extraction and development projects. Ignoring indigenous land rights, the Ministry of Energy and Mines (MEM) granted 276 exploitation licenses, 111 exploration licenses, 734 pending licenses, and most recently seven exploration licenses without consulting the affected indigenous peoples. What is deeply disturbing from a human rights perspective is that all of this expansion resulted in further violence and the criminalization of indigenous and other leaders when they raise their voices in protest.

In their letter, the ILRC makes clear to Secretary Kerry that indigenous peoples are not against development, but are opposed to the continued "disregard of their self-determination in decision making processes over their lands, territories and natural resources. Even though much of the remaining natural resources are on their lands, they are not consulted on processes specific to development projects in their lands and territories, not considered rights holders or development partners."

The ILRC makes several recommendations for existing policy objectives to guide U.S. State Department policy and actions. First, to encourage respect for human rights and the rule of law through continued support of the International Commission Against Impunity (CICIG). This commission prosecutes war criminals, organized crime, drug traffickers, and works to ensure respect for the rule of law in Guatemala.

Secondly, the State Department should continue to support the institutionalization of democracy and implementation of the peace accords. Next, though business is important, it should not be conducted at the expense of human rights. In all of its trade relations and development programs, the U.S. should respect indigenous peoples’ self-determination and self-government, including their rights to their ancestral lands, territories, and natural resources. Companies must abide by Guatemala’s domestic and international human rights obligations, including those found within the ILO Convention 169 and the UN Declaration on the Rights of Indigenous Peoples.

Finally, regarding international security, the region of Central America is seen as politically unstable due in large part to the presence of narcotics traffickers, gangs, organized crime, transnational crime and other factors. "Though there is growing instability—especially in border departments like San Marcos and Petén—this cannot and should not be the basis and/or pretext for increasing military presence." Among other recommendations, the Center highlights that Department of Defense military assistance for counternarcotic programs require the imposition of human rights; and that the U.S. support Guatemala in its effort for sustained democratic reform, including the promotion of exchanges with Indian tribes and nations in the U.S. who can facilitate through their own institutions and practices a real alternative for democratic and economic development.