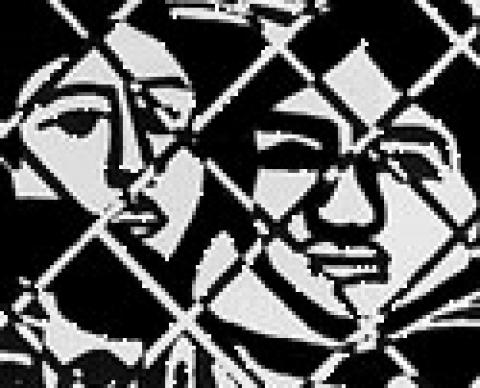 The U.S. immigration detention rates are spiraling out of control, reinforcing what advocates have been saying for years: Immigration detention is unfair, unnecessary, and too costly. The following article was written by Alfonso Buzzo, Peace Fellow with the Maryknoll Office for Global Concerns and published in the November-December 2016 issue of NewsNotes.

The Obama administration is finishing its final months with record-level immigration detention rates.  According to the Immigration and Customs Enforcement (ICE) of the Department of Homeland Security (DHS), since early summer 2016, average daily population has exceeded 37,000.

In addition, the agency estimates they will have roughly 42,000 detainees by the end of October. This shatters all prior detention records and far surpasses the congressional imposed detention bed quota of 34,000 per day.

Beyond these record-high numbers, the composition of the detainee population has dramatically changed in recent years.  Previously, the majority of detainees had some type of criminal conviction.  But since May 2016, the bulk of new detainees have no convictions whatsoever.  These recent border crossers, many of whom are asylum seekers from Central America and Haiti, are detained for prolonged periods while pursuing their claims in the immigration courts, which remain backlogged.

At the same time, the DHS is facing an emergency crisis over immigration detention funding – $136 million shortfall in the short-term.  DHS has asked the White House to quickly transfer money to continue detention-related costs.

According to the Wall Street Journal, if DHS does not receive more funding by early November, it will be forced to curtail detention. Beyond the short-term budget impact, ICE has reported that it will need significantly more resources in fiscal year 2017 to continue detention.

The Advisory Committee on Family Residential Centers, established by DHS in July 2015 and comprised of education, health, and immigration experts, was tasked with recommending best practices for implementing family detention. After thorough research, much deliberation, and visits to all three existing family residential centers in Texas and Pennsylvania, the Advisory Committee announced during a public meeting on October 7, that their primary recommendation is to “end family detention altogether, and that profound, fundamental changes must be made to family detention if it is to continue at all.” In particular, they assert that the current conditions in detention are not sufficient for ensuring the basic rights and well-being of children and families.

However, according to a statement by 27 advocacy organizations, including the Maryknoll Office for Global Concerns, ICE Director Sarah Saldaña responded by accusing the committee of going beyond their mandate by recommending the closure of family detention facilities. She told the committee that she had not read their full report, and would “put it in a binder” for the next administration.

Three weeks later, on October 25, the U.S. Conference of Catholic Bishops launched a communications campaign in support of immigration reform. Bishop Eusebio Elizondo, Chair of the USCCB’s Committee on Migration and Auxiliary Bishop of the Archdiocese of Seattle, wrote the campaign’s first blogpost. In it the bishop highlights the position of the Catholic Church on migration.

“Catholics know that every person is made in the image of God,” Bishop Elizondo writes. “Everyone is due our respect and our love. We're called to care especially for those who most need our welcome, including newcomers to our country. Because the Church in America has always been an immigrant Church, Catholics feel this responsibility in a particular way … The language we use in the public square matters. It should reflect the best of our American traditions – traditions of welcome; of unity in diversity; of care for those in need.”

Faith in action: Read the blogpost by Bishop Elizondo http://www.usccb.org/media/blogs-and-columns/entre-amigos/english/entre-...