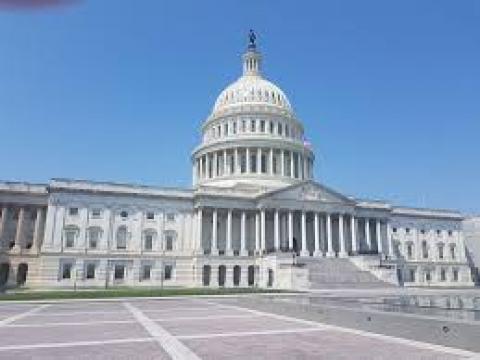 Faith groups sent the following letter to Members of Congress on March 5, 2018, to urge them to reject H.R. 4519, a bill to repeal Section 1504 of the Dodd-Frank Act, also known as the Cardin-Lugar Anti-Corruption Amendment.

We represent faith-based organizations, religious institutions, and investors working to alleviate poverty in countries across Africa, Asia, and Latin America. We have witnessed first-hand how proper stewardship of financial revenues and of God’s creation are critical drivers of development.

Too often, mismanagement and corruption disenfranchise impoverished communities by diverting funding from schools, health clinics, and basic infrastructure. In many resource-rich countries, the majority of people subsist on just two dollars a day. Resource revenue corruption is rampant in countries with great natural resource wealth. These same countries thus also have some of the highest rates of economic inequality. This paradox is often referred to as the “resource curse.”

When Congress passed Section 1504 of the Dodd-Frank Wall Street Financial Reform and Consumer Protection Act (also known as the Cardin–Lugar Amendment), it set a gold standard for addressing the “resource curse.” Since 2010, the European Union, Canada, and Norway have since established laws modeled on Dodd-Frank Section 1504.

The vision of this law has long enjoyed bipartisan support. That is why it was disappointing when Congress struck down the implementing rule for Section 1504 in February 2017 by way of the Congressional Review Act. This action was a blow to U.S. leadership on fighting corruption and promoting transparency. It also is a loss for impoverished communities across the world.

Pope Francis declared February a month of prayer against corruption and urged material, political, and spiritual leaders to resist the lure of corruption. After prayerful reflection on the harmful impacts of corruption, we urge you to not further erode U.S. leadership on resource revenue corruption.  Please vote “no” on H.R. 4519 if it comes to a House floor vote.  H.R. 4519 would repeal outright the Section 1504 law.

We support Section 1504 because it will enable affected communities to better assess the benefits of revenues from the extractive sector against the associated environmental and social impacts of resource extraction. By shedding light on this revenue, citizens will have access to information they need to ensure revenues go towards infrastructure and public services that serve the common good. In addition, this valuable information will allow people and governments to make informed choices about a project based on its expected impacts on the ecosystem which pastoralists and forest peoples depend on for their survival. Increased transparency and citizen engagement- shared values across our traditions- can also prevent mistrust and grievances that generate and prolong resource-related conflicts.

Some of the world’s largest extractive companies, such as BP, Shell, Rio Tinto, BHP Billiton, and Total, have been reporting under international requirements for several years. State-owned Russian firms Rosneft and Gazprom, and the state-owned Chinese company CNOOC Ltd. have reported their payments consistent with the international standard. After multiple years of compliance, companies have reported no negative impacts whatsoever from disclosing their payments. In fact, many companies have called for global consistency on extractive industry payment transparency. Additionally, investors worth $10 trillion, including faith-based investors, support the Cardin-Lugar amendment.

We urge you to protect this common-sense law, which if allowed to be fully implemented, will help improve the lives of impoverished communities around the world and restore U.S. leadership on this vital issue. Please vote no on H.R. 4519 when it comes to a vote on the House Floor.