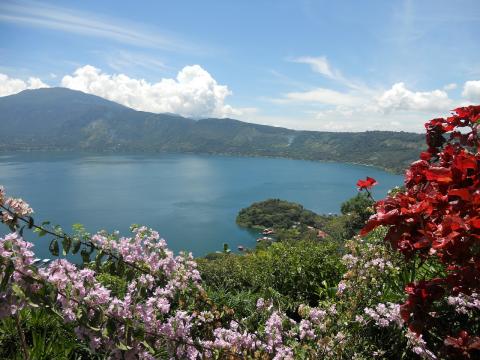 The government of El Salvador recently won a long-running legal battle when an international trade tribunal ruled that it did not have to pay compensation to a mining company that was denied a permit to drill for gold. El Salvador declared a moratorium on mining concessions in 2009, in an attempt to protect its water supply from being pollution, despite having previously signed international trade agreements. The following article was published in the November-December 2016 issue of NewsNotes.

One of the most controversial aspects of trade agreements signed over the last 22 years has been the right granted to individual companies, acting as foreign investors, to sue countries for alleged discriminatory practices in court-like international tribunals. Known as investor-state dispute settlements (ISDS), these cases challenge national laws and regulations that protect public health, the environment, and human rights.

In one such case, the Canadian mining company Pacific Rim, under the Central America Free Trade Agreement, filed a grievance against the country of El Salvador in 2009 for $314 million in compensation for the loss of expected profits from a proposed gold mine. El Salvador had stopped issuing new mining permits just months earlier, after mining operations polluted the water supply in San Sebastián. The case was heard at the tribunal housed at the World Bank in Washington, D.C. before a three-judge panel of corporate lawyers. Sometimes these same judges represent corporations or governments in other ISDS cases.

Surprisingly, on October 14, the tribunal ruled in favor of El Salvador, stating that  the company had never acquired the rights to all the land it wanted in its concession, which the government rejected in 2005.

Civil society groups have been arguing for decades that private companies are using the dispute settlements to avoid regulations and to bully governments. Manuel Pérez-Rocha, an associate fellow of the Institute for Policy Studies in Washington D.C., said: “The fact that it took more than seven years to release the ruling, and that a country like El Salvador, with so many economic difficulties, has had to pay millions for its defense, is immoral. … It shows the complete discretion with which these tribunals operate.