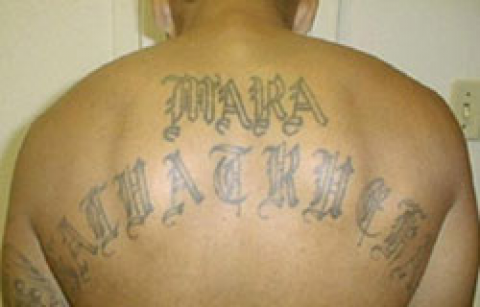 In an unsurprising decision, El Salvador’s Supreme Court has decreed that gangs and their “apologists” are now legally defined as terrorists under El Salvador’s Special Law Against Acts of Terrorism (LECAT). The ruling comes amid skyrocketing violence in recent weeks, especially as security personnel suffer higher than usual casualties. The following piece was written by Sustainable Pathways to Peace and Security intern Nicholas Alexandrou and was published in the September-October 2015 NewsNotes.

Excessive use of the law against protesters and gangs alike has raised concern since it entered into force in 2006. In 2007, Human Rights Watch (HRW) identified needlessly draconian sentencing for protesters fighting against decentralization measures for water distribution, noting that the “provision [of the law used against the protesters] covers a wide variety of acts that do not fall within any reasonable definition of terrorism.” However, in the 2007 case, the court intervened and ruled that the protesters’ actions did not merit terrorism charges.

What has made the ruling in August particularly potent is that it deems illegal any negotiation with gangs. The Gang Prohibition Act of 2010 made the act of being a gang member “illegal,” although implementation remained half-hearted, especially after the 2012 truce. The 2010 act was noted in the court’s decision, validating an otherwise dubious law. The court established four criteria to define an apologist: S/he directly incites someone to commit a crime, publicly; refers to specific crimes and not vague suggestions; and is motivated to incite public unrest.

Why now? The skyrocketing violence explains only part of the problem. The larger underlying problem stems from a combination of indecision under President Salvador Sanchez Ceren and resistance from the ARENA-dominated legislature and judicial institutions. For the president, his stance on the violence wavers between the carrot and the stick, much of which is driven by political necessity. The National Council on Citizen Security and Coexistence (CNSCC) which he created as part of a security initiative provides no space for gang negotiation.

Political influence over institutions, primarily the Supreme Court, prevented the CNSCC from being fully realized; in June, the court froze US$900 million in government bonds intended to be used for the security plan, yet on April 18, it allowed the president to form a special army unit of 1,200 troops to combat gang violence. The court has ultimately shepherded the administration away from the social programs and instead towards the old ARENA policy of mano dura or “heavy handed” policing tactics.

The overall measures by the court appear to be political and the decision open to abuse. NGOs and other organizations working with at-risk youth and gang members could potentially face the brunt of this ruling. The emphasis on militarization and degradation of policing safeguards will only augment the violence, ignoring the underlining social causes in the process.