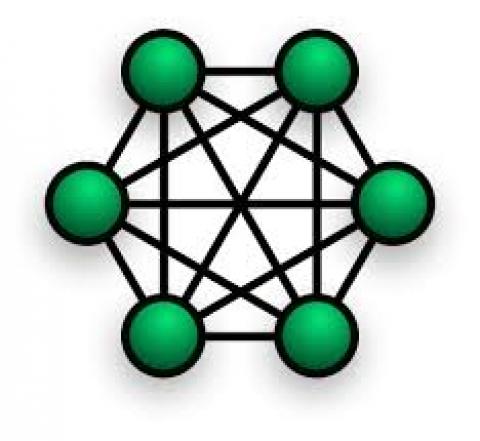 Ecuadoran social movements have successfully pressured their government to embark on a historic process to "remake the roots of Ecuador’s economy and thereby begin the transition into a society of free and open knowledge." The process, called FLOK, for Free/Libre Open Knowledge, is part of Ecuador’s five-year strategic plan called the Plan of Good Living. It aims to undo the antiquated patent and copyright systems that create monopolies over essential items, resulting in huge social and economic costs. By providing legal and societal mechanisms to free knowledge from individual control, Ecuador will allow for more innovation and more equitable distribution of its benefits. The following article appeared in the May-June 2014 NewsNotes.

Most countries pay for creating knowledge through patents, copyrights and other policies that establish monopolies, which are often inefficient and result in unnecessarily expensive technologies. This system is especially problematic in the field of medicine as patents significantly drive up prices for life-saving cures, making them unaffordable for millions of low-income families.

Contrary to what proponents argue, patents also limit innovation by making access to and use of information more difficult for other inventors. Unfortunately, instead of moving toward more efficient and equitable ways to reward innovation, major trade agreements currently being negotiated (the Trans-Pacific Partnership between 12 countries and the Trans-Atlantic "Free Trade" Agreement between the U.S. and Europe) aim to strengthen these failed policies by extending monopoly periods and allowing companies to re-patent products whose patents have expired by simply making minute, often insignificant, changes to the original product.

Meanwhile, the government of Ecuador has initiated a process to free up knowledge from these constraints. As noted by Michel Bauwens, leader of the FLOK process and founder of the P2P Foundation, "The global economy treats nature and material resources as if they were infinite, and knowledge as if it was scarce. We have to swap those two around." For example, in the area of education, proponents estimate that by providing openly available textbooks and other educational resources free from copyrights or patents, users would spend one-eighth the amount to buy the same materials under the copyright model. Or, perhaps more importantly, eight times more students will gain access to the materials.

A problem faced by many, especially indigenous, communities in Ecuador, is biopiracy, where the communities provide knowledge about natural medicines or processes for free to all who ask, but then for-profit companies take that knowledge, patent it, and reap the monetary benefits without including the communities who provided the original information. One solution proposed by the FLOK Society is "reciprocity-based licenses" which allow other commoners or non-profit enterprises to use the information freely, but if someone were to use the information to make a profit, those earnings would be shared with the original communities.

As peer-to-peer (P2P) networks grow around the world, an increasing problem is the corporate usurpation of the knowledge generated by members of these networks. An example is Facebook, which is an empty platform, built by a corporation, meant for information sharing. The value of Facebook is not in the platform, but the information in it, which is created by its users and then sold to other corporations by Facebook. It is the owners of Facebook who gain all of the monetary benefit.

The FLOK Society is also studying platforms such as FarmHack, Open Source Ecology, Wikispeed and other open hardware projects that gather innovators from around the world to produce free or cheaper-than-market priced goods and services that are available to anyone connected to the Internet. Instead of a centralized owner of the platform reaping any monetary rewards, the platforms would be designed to distribute them amongst the innovators themselves. These platforms also provide for heavy physical production to be localized while knowledge is free and globalized.

While the FLOK Society is the first time a nation state has begun a process to move toward a peer-to-peer economy, the P2P movement has a longer history. The website Shareable.net documents the numerous non-governmental peer-to-peer initiatives taking place within the growing "sharing economy."

The FLOK process is not a governmental initiative, but began with an open group of academics, mostly from Ecuador, and members of various social movements. This group submitted a proposal to two ministries asking for funding of the project, which is currently being hosted by the National Institute for Higher Studies, a public post-graduate university. From the beginning, according to FLOK Society member George Dafermos, they have worked to "involve not only public policy actors but also social movements and activist organizations in the project and in the policy proposals we’re developing so as to create a strong base that no government shall want or be able to destroy, thus ensuring that these policies will not be terminated if or when there is a change of government."

The FLOK initiative by Ecuador is an important one to follow since it comes at such a critical time in human history. As Bauwens writes in the book The wealth of the commons: A world beyond market and state, the current system "discourages human cooperation, excludes many people from benefiting from innovation and slows the collective learning of humanity. In an age of grave global challenges, the political economy keeps many practical alternatives sequestered behind private firewalls or unfunded if they cannot generate adequate profits."