COP19, Warsaw: An invitation to fast in solidarity with victims of climate change 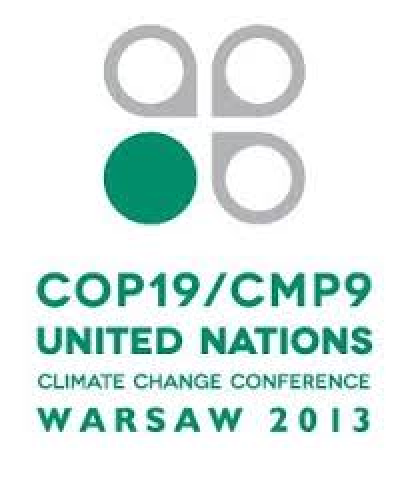 The following message was sent by two staff members of the United Methodist Church General Board of Church and Society (UMC-GBCS) who are attending the UN climate change meeting in Warsaw, Poland this week (COP19).

Greetings from Warsaw, Poland and the COP19 Climate Conference,

We are here as part of an interfaith witness to ensure the global community hears the cries of creation and responds to the urgent realities of a changing climate.

The tone of conversations at this gathering was set on day one when Commissioner Yeb Saño of the Philippines made a heart-felt and impassioned plea on behalf of his people - our Filipino brothers and sisters - devastated by Typhoon Haiyan. As part of his statement he announced that he was beginning a voluntary fast until such time as the global community made significant progress in responding to the global climate crisis.

Commissioner Sano's speech has inspired delegates from around the world to fast in solidarity with the people of the Philippines and for all those devastated by a changing climate. The ecumenical youth presence here has formed a "fasting chain" until the end of the COP - next Friday, November 22 - with at least one youth delegate fasting each day.

... Here at COP19, the fasting commitment has taken many forms - some are fasting for a day, others for the week, and some from sun up to sun down (which at this time of the year is quite early here in Warsaw).

The point for us is one of sacrifice and solidarity [mindful that the U.S. and the EU delegations remain impediments to progress on such critical issues as mitigation, adaptation, and loss and damage.]

If you feel called to join us or know others who would, please let us know. We are compiling a list of names to ensure we have someone fasting (in whatever form they choose) through next Friday, November 22. If you have any questions, don't hesitate to ask and if you are not called to fast, please continue to hold the delegates, these negotiations and our brothers and sisters in the Philippines in your prayers.

We will post new information about participating in the rolling fast as we receive it.