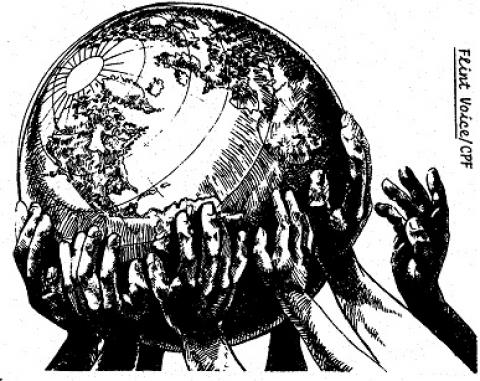 As green bonds approach their tenth anniversary as a capital-raising and investment tool for projects that have positive environmental or climate benefits, questions remain over how well they are managed. The following article was published in the November-Devcember 2016 issue of NewsNotes.

To avoid the worst of climate change and prepare for its effects globally will require trillions of dollars in investment in coming years. Not only will governments need to increase investments in mitigation and adaption, but also private investors will need to participate.

An increasingly popular way for investors to participate is to buy green bonds, which are similar to traditional bonds but with the caveat that the money raised be earmarked for projects that benefit the environment. The past three years has witnessed an explosion in the number of green bonds available to investors. While they can be a useful way to raise money, the lack of clear rules and verification processes for green bonds currently leave many investors wary.

The World Bank issued the first green bonds in 2008 to “raise funds for projects seeking to mitigate climate change or help affected people adapt to it.” In 2013, municipal and state governments began to issue green bonds as well, to raise money for a host of activities from buying more fuel-efficient buses to improving energy efficiency in public buildings, to improving sewage and waste treatment. Utility companies also entered into the market that year in an attempt to finance replacing coal plants with greener options and improve efficiencies.

Since then, more and more corporations, banks and investment firms have started issuing green bonds. In just three years’ time, three key actors – state and municipal governments, utility companies, and the corporate sector – have grown to dominate the impressive market growth. Market analysts expect that more than $100 billion of green bonds will be issued during 2017.

While green bonds are an important tool for addressing climate change and environmental destruction, there are some major concerns that need to be resolved to ensure that they are truly effective. First, the market needs a standard definition for “green.”

“Any company or municipality that wants to raise money by means of a green bond can do so,” Sophia Grene, asset management reporter for the Financial Times, recently wrote, “and all it has to do is convince the buyers it is justified. If those buyers are fund managers attempting to fill up their sustainable investment quota, they may not be motivated to be hypercritical. After all, building a motorway could be justified as ‘green’ if it is intended to cut congestion.”

The lack of clarity of what “green” means has already allowed some environmentally and socially destructive projects to be funded by “green” bonds. In 2014, French energy company GDF Suez issued a green bond of 2.5 billion Euros to fund, among other initiatives, the Jirau hydropower mega dam in Brazil. This project displaced tens of thousands of people, mostly indigenous families, without their free, previous and informed consent, as required by law. Also, while hydropower is often considered to be a green energy alternative, numerous studies have found that, especially in tropical areas like the Amazon region, dams actually create large amounts of greenhouse gases through the flooding of dense jungles and deforestation for power lines and roads.

In addition to the lack of consensus on the definition of “green,” the fact that there is no requirement for verification of green bond projects by outside parties concerns many investors. The Environmental Defense Fund reports that “while roughly two-thirds of global green bonds issued in 2015 received either third-party verification or second-party opinion, only two U.S. municipal offerings received any external review, casting doubts on the U.S. market’s credibility.”

In response to these concerns two groups created standards for green bonds in 2014. First, a group of issuers, investors and environmental groups created the Green Bond Principles (GBP), a set of voluntary standards designed to reassure participants that the bonds are legitimate and effective in benefitting the environment. Each year since they have updated the principles based on feedback from the public. While not perfect, the GPB addresses most concerns. Second, the Climate Bonds Initiative developed a similar set of standards as well as a list of independent verifiers prepared to certify the bonds.

The hope is that these two efforts will mature into a universal set of definitions and requirements for green bonds.   Until then, it is important for interested investors to do their own due diligence to determine if a green bond has outside verification and supports legitimate environmental projects.