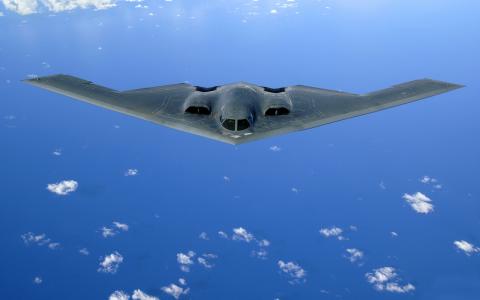 President Biden’s proposal to increase the military budget comes at a cost for other integral human security needs. This article was published in the May-June 2021 issue of NewsNotes.

President Biden’s budget proposal for 2022 includes a $13 billion increase in defense spending. In a year when the White House has already introduced nearly $4 trillion in spending packages for urgent needs, such as addressing the COVID-19 pandemic and responding to natural disasters, climate change, and crumbling infrastructure, cutting military spending offers a clear opportunity for massive, badly needed savings. Instead, the president’s budget further increases debt while funding nuclear and other weapons programs that make people and the planet less secure.

On a positive note, Pres. Biden’s budget eliminates the Overseas Contingency Operations (OCO) fund – a kind of slush fund for war spending that faith groups had long lobbied to get rid of. However, the funds previously included in the OCO have simply been folded into the president’s baseline budget.

On April 26, MOGC joined with 37 U.S. advocacy organizations in a statement calling on Congress to “significantly decrease spending on the military and nuclear weapons for FY2022 and to reallocate that money into true national priorities like public health, diplomacy, infrastructure, and addressing climate change.”

The statement comes as part of the annual Global Days of Action on Military Spending April 10 to May 17, and coincides with the release of the Stockholm International Peace Research Institute (SIPRI) annual report on world military expenditures, according to which the United States spent more in 2020 than any other country in the world – a whopping 39% of all global military expenditures, more than the next twelve countries combined – once again topping “one of the world’s most infamous ranking lists.”

Lindsay Koshgarian, director of the National Priorities Project for the Institute for Policy Studies, a co-sponsor of the Days of Action, writes in Market Watch that “Biden’s jobs plan is intended to address climate change, economic inequality, and racism” and asks, “Why is he also increasing the military budget, which will make all these issues worse?”

With slogans such as “Defund the Military; Defend People and the Planet,” and “Healthcare Not Warfare,” the Days of Action campaign draws a direct link between underfunded needs and the bloated military budget, an outsized investment in an armed defense model of security that fails to address – and exacerbates – the most immediate threats to integral human security.

In doing so, the campaign highlights a connection Pope Paul VI made over 50 years ago in Popularum Progressio, when he called for a “World Fund” by which all nations would take money originally designated for military spending and put it toward development and the needs of impoverished people. The pope reasoned not only that war was wrong and helping the poor was good, but that investing in development and addressing the root causes of conflict would promote peace and reduce the perceived need for more weapons.

Pope Francis renewed this call for a global fund in his 2020 encyclical Fratelli Tutti, and again in his 2021 World Day of Peace message: “How many resources are spent on weaponry, especially nuclear weapons, that could be used for more significant priorities such as ensuring the safety of individuals, the promotion of peace and integral human development, the fight against poverty, and the provision of health care. Global problems like the present Covid-19 pandemic and climate change have only made these challenges all the more evident.”

In February, MOGC and 30 other faith groups echoed Francis in a letter to Congress: “Instead of spending money on weapons and war, we [must] address… climate change and build resilient communities,” and fund “public health - an especially essential investment in this time of pandemic.” In turn, over 50 members of Congress wrote to President Biden on March 16, urging a similar re-allocation of funds as part of his “build back better” plan.

The same week, MOGC and 27 other organizations wrote to members of the House and Senate appropriations and armed services committees outlining $80 billion in specific programs to cut, including the controversial F-35 fighter jet and replacement of intercontinental ballistic missiles.

At a moment when human security is threatened like never before, we need to end wasteful spending on military projects and invest in human needs. The answer is clear: Congress must cut the military budget. §