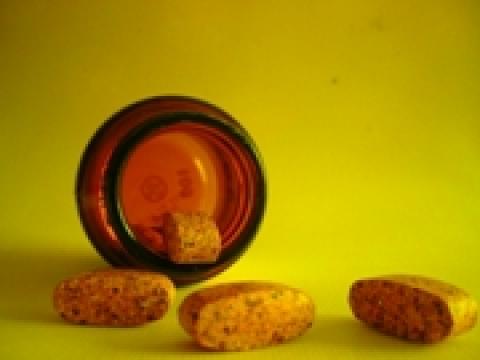 The following article, published in the March-April 2014 NewsNotes, was written by Cathy Rowan, who has contributed dozens of articles on the topic of corporate accountability to NewsNotes over the years.

The last few months have seen important developments in the efforts to increase access to medicines for people living with HIV and AIDS. The Medicines Patent Pool Foundation is experiencing a significant uptick in the number of brand-name pharmaceutical companies agreeing to license their patents for the production of generic versions of needed, new formulations of medicines to treat HIV and AIDS.

The Medicines Patent Pool (MPP) is a UN-backed initiative that negotiates voluntary licenses based on a public health perspective and creates a pool of relevant patents to enable the manufacture and sale of generic medicines in developing countries. The licensing agreements it negotiates are transparent and posted on the MPP website. They are also consistent with the use of World Trade Organization TRIPS flexibilities for protection of public health.

In December 2013, Bristol-Myers Squibb signed a licensing agreement with the MPP for the generic production of a key HIV medicine, atazanavir (ATV). The new agreement will allow for the manufacture of the drug by generics manufacturers anywhere in the world and for its sale in 110 countries, which is expected to cover 88.4 percent of people living with HIV in middle- and low-income countries. It is the first drug in the Patent Pool for second-line treatment (given when the virus no longer responds to first-line therapies).

Members of the Interfaith Center on Corporate Responsibility (ICCR), including the Maryknoll Sisters, played an important role in brokering the relationship between the drug company and the MPP as representatives from both organizations attended a multi-stakeholder roundtable on "New Mechanisms to Promote Access and Innovation to Medicines in the Development World," that ICCR convened with Oxfam International, Doctors Without Borders and Knowledge Ecology International in 2011.

According to Greg Perry, executive director of the MPP: "This agreement will allow manufacturers worldwide to produce more affordable versions of ATV, and to combine ATV with other medicines to make treatment easier and more accessible in developing countries. WHO [World Health Organization]-recommended second-line treatments such as ATV are becoming increasingly important, with over one million people projected to be on them by 2016 and many more needing access to them. All of our partners are essential to ensuring the Medicines Patent Pool concludes agreements that increase access to important HIV medicines, and we are grateful in particular for the support of investors and members of ICCR."

ICCR has been a vocal supporter of the MPP since its founding in 2010. Gilead Sciences became the first company to join the Patent Pool, sharing licenses with generics manufacturers for its vital HIV and Hepatitis B drugs.

After ongoing encouragement from ICCR shareholders, ViiV (a joint venture of Pfizer, GlaxoSmithKline and Shionogi) joined the pool in February 2013. ViiV’s licensing agreement will allow for the generic production of a key pediatric HIV medicine, abacavir, which is recommended by the WHO for the treatment of infants and children with HIV. ViiV also agreed to negotiate further licenses for the manufacture of new, better-adapted pediatric medicines that ViiV is currently developing, once regulatory authorities approve those drugs.

In August 2013, Roche and the MPP announced an agreement to increase access to and reduce the cost of valgonciclovir, a medicine that treats a viral infection that can lead to blindness in people living with HIV. Currently, the most widely used treatment for this virus in developing countries requires injections directly to the eye. Valgonciclovir is an oral medicine that up until now has been unaffordable. The Roche-MPP agreement lowers the price and creates a market for the generic production of the drug, further reducing its cost.

AbbVie (which spun off from Abbott Laboratories in 2013) is in negotiations with the MPP for licenses for its pediatric formulations. What makes this news significant is that AbbVie/Abbott has never granted a voluntary license for a generics manufacturer to make any of its HIV medicines for use in the developing world.

Merck and Johnson & Johnson are the only two major U.S.-based pharmaceutical companies that make medicines to treat HIV and AIDS that are not in formal negotiations with the MPP.

In addition to its work with brand-name companies, the MPP now has six generics manufacturer-partners, who are working on 26 projects developing generic HIV medicines.

According to the MPP, 23 developing countries are already benefitting from access to more affordable, quality-assured first-line treatment regimens as a result of Patent Pool licenses.