Bread is life – Fast for a just peace in Syria 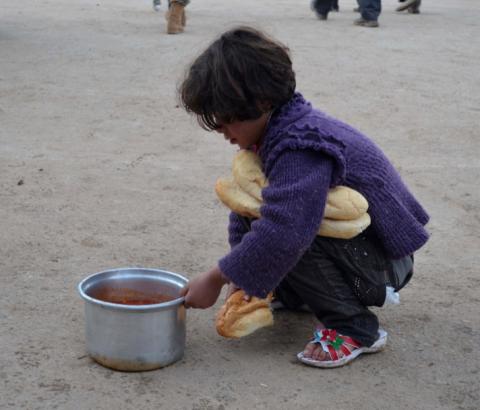 The Maryknoll Office for Global Concerns is a member of Pax Christi International (the Catholic peace movement), which is promoting a new campaign to educate about the violence in Syria.

Pax Christi International is launching a “bread is life” campaign during Lent 2013 to raise awareness about the suffering of civilian communities in Syria and to express solidarity with those who are trying to survive in Syria and as refugees in surrounding countries.

The Bread is Life campaign will take place from February 13-March 31, 2013, to coincide with the Christian observance of Lent.The acute suffering of civilian communities has been made immeasurably worse by a shortage of bread, Syria’s staple food, caused in part by the deliberate bombing of bakeries.

We call on all Pax Christi members and friends worldwide to raise awareness about the plight of the Syrian civilian population, who feel abandoned by the rest of the world; to join in a global act of solidarity through prayer and fasting; to send the Syrian people messages of support; and to advocate for effective humanitarian assistance.

We invite all Pax Christi member organizations and people of good will to: