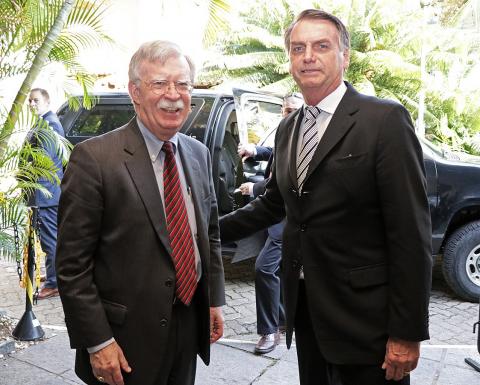 The following article examines the actions of Jair Bolsonaro as president-elect and on his first day as president of Brazil to get an indication of what a Bolsonaro administration may look like. It was published in the January-February 2019 issue of NewsNotes.

Jair Bolsonaro was sworn in as Brazil’s president on the first of the year after running  a campaign focused on radically changing governance in order to “save Brazil from socialism.”  Bolsonaro provided few concrete policy proposals during his campaign, resorting mostly to catchphrases such as “a good bandit is a dead bandit" and avoiding policy debates with other candidates. Even in his two priority areas, anti-corruption and anti-crime, Bolsonaro gave few details of what he would do as president, saying that he would appoint qualified ministers to define and carry out specific policy prescriptions.

Corruption in the Cabinet

Though Bolsonaro repeatedly stated during the campaign that “our ministers will not be composed of those condemned for corruption as it was in previous governments,” half of his Cabinet are under investigation or have been found guilty of corruption. There is not one black person in Bolsonaro’s cabinet in a country where 54 percent of the population is black. Ten percent of the ministers are women and 40 percent are current or former members of the military. Also, for the first time in history, there is no minister from the north or northeastern regions, the poorest in the country, where Bolsonaro received little support from voters. 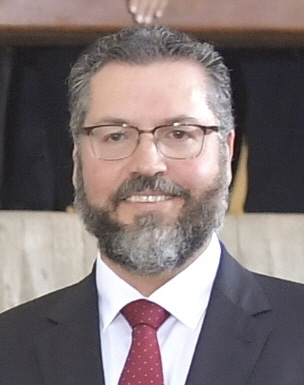 Some of his ministers show strong ideological tendencies. His Foreign Relations Minister Ernesto Henrique Fraga Araujo, a 28-year career diplomat, has written that “globalism is economic globalization that became controlled by cultural Marxism… It is an anti-human and anti-Christian system,” as well as writing that climate change is “an ideology of the left.”

Araujo has also stated that Brazil will withdraw from at least two international treaties – the Global Compact for Migration and the Paris Accord on Climate Change – because they infringe on Brazil’s sovereignty even though both agreements are voluntary and have no enforcement mechanisms. Bolsonaro already withdrew Brazil’s offer to host COP-25, the continuation of the Paris climate agreement negotiations in 2019.

Under Foreign Minister Araujo, Brazil will move its focus away from alliances in the Global South, including Mercosul, to strengthening ties with the United States. It will be interesting to see how Bolsonaro resolves the conflict between his ideological distaste for Arab countries and China and the fact that these countries are major trading partners. His announcement to move the Brazilian embassy in Israel to Jerusalem caused serious concern among Arab countries that are important customers of agriculture companies that support the new president.

Bolsonaro has also expressed concerns regarding privatizations and the fact that China would likely be an important buyer, while his Economic Minister Paulo Guedes, has stressed the importance of privatizing as much as is possible. Guedes, a 1978 graduate of the University of Chicago in economics, was an active part of the “Chicago Boys” that helped create and implement Augusto Pinochet’s economic policies during his brutal dictatorship. Under the leadership of Milton Friedman, they oversaw extensive privatization of government-owned companies and services, including the pension system, things he hopes to repeat in Brazil.

The new Agriculture Minister Tereza Cristina, was a representative from the state of Mato Grosso do Sul and president of the Agriculture and Livestock Parliamentary Front, a congressional caucus aligned with agricultural corporations. Her appointment was especially worrisome when Bolsonaro announced that her ministry would now be responsible for defining borders of indigenous and other traditional communities’ land as well as resolving land conflicts. After a strong reaction from civil society, Bolsonaro stepped it back within hours, stating that sensitive issues will be resolved by an inter-ministerial committee of some sort.

Threats to the opposition

A strong concern for many is how Bolsonaro may use the government to persecute his opponents. On his first day in office Bolsonaro’s Chief of Staff Onyx Lorenzoni, announced the “de-PT-ization” of the government, referring to the Worker’s Party, the former ruling party in Brazil which in Portuguese is known as Partido dos Trabalhadores (PT). Lorenzoni said he would remove close to 320 employees who have “ideological ties” to the Workers’ Party from his ministry and he suggested that all other ministers do the same.

Also, for the first time, the Government Secretary will have the responsibility to “supervise, coordinate, monitor and accompany the activities and actions of international organisms and non-governmental organizations,” a worrisome change that has provoked reactions from around the world. Bolsonaro also said that social movements will be considered as terrorist organizations, a threat he did not act on in his first day, but will likely follow through in coming weeks.