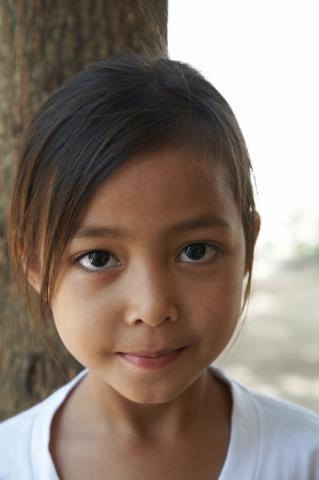 The following article appeared in the May-June 2013 issue of NewsNotes. Photo courtesy of Maryknoll Fathers & Brothers.

On April 2, the Arms Trade Treaty (ATT) passed with an overwhelming number of United Nations’ member states voting in its favor (154), including the United States. The U.S. encouraged the General Assembly vote after consensus had been blocked. The three nations that voted against the Treaty and that had blocked consensus are Iran, Syria and North Korea, all consistently tied to human rights violations and atrocities.

A particular element of the Treaty that is cause for much celebration is the inclusion of language that protects women and girls from armed gender-based violence (GBV). In the Preamble of the ATT, it states "that civilians, particularly women and children, account for the vast majority of those adversely affected by armed conflict and armed violence."

In the United Nations Declaration on the Elimination of Violence Against Women, violence against women and girls is defined as "any act of gender-based violence that results in, or is likely to result in, physical, sexual or psychological harm or suffering to women [or girls], including threats of such acts, coercion or arbitrary deprivation of liberty, whether occurring in public or in private life."

Under Article 7.4 of the Arms Trade Treaty, GBV is included as a binding criterion for considering whether or not to export arms. The exporting party must consider the overriding risk of potential violations of international humanitarian law (IHL), international human rights law (IHRL) and must take into account the risk that the transfer will be "used to commit or facilitate serious acts of gender based violence or serious acts of violence against women and children."

Ray Acheson notes in the Arms Trade Treaty Monitor (6.9) that the binding criterion in Article 7 of the Treaty "requires states to act with due diligence to ensure the arms transfer would not be diverted to non-state actors such as death squads, militias, or gangs that commit acts of gender-based violence."

Despite success in officially and explicitly linking GBV with the global arms trade, much work still needs to be done to improve the overall status of women and girls around the world. In Paragraph 118 of The Beijing Declaration and Platform for Action, it is noted that

... violence against women throughout the life cycle derives essentially from cultural patterns, in particular the harmful effects of certain traditional or customary practices and all acts of extremism linked to race, sex, language or religion that perpetuate the lower status accorded to women in the family, the workplace, the community and society (page 11, Article 39 of the Report of the Expert).

Unfortunately, even within the final text of the ATT, a perpetuation of patronizing language and concepts continues. The Women’s International League for Peace and Freedom (WILPF) and Global Action to Prevent War are among the groups lamenting the language used in the Preamble of the ATT, which lumps women and children into the same category, ignoring the distinction and insinuating that women are vulnerable by their very nature. It is telling that it must be stressed that women in and of themselves are not vulnerable, but rather become so under horrific circumstances -- particularly in areas where illicit arms trafficking and trade occur, and armed individuals and groups use weapons to terrorize communities, and to rape and assault women and girls.

Also, and most unfortunately, the above organizations note that women’s participation and agency within the political, disarmament and peace processes is omitted from the Treaty’s final text and that this perpetuates the notion that women are only victims, vulnerable in and of themselves, which continues a patronizing tone and attitude toward women.

WILPF and Global Action to Prevent War voice their disappointment that GBV was not linked to IHL and IHRL in the final text of the ATT, although it had been included in an informal draft from March 22, 2013 which stated that "recognizing acts of gender based violence may constitute violations of international humanitarian law and human rights law." (http://gapwblog.wordpress.com/2013/04/08/gender-based-violence-in-the-arms-trade-treaty/)

If the above statement had been made in the final text’s Preamble, it would have strengthened the case not to export arms where GBV was likely to occur because it would have been linked directly to a violation of IHL and/or IHRL. Having noted this, another critique the organizations point out is that the term "overriding risk" (instead of "substantial risk") that is used in Article 7.3 could allow the exporting party to go on with an arms transfer due to other factors that may be deemed more important than the risk of violations of IHL and IHRL.

Despite the above-mentioned critiques, the organizations celebrate and applaud that GBV is now a binding criterion that States must consider before exporting arms. This Treaty has the potential to positively impact women and girls around the globe. The fewer arms that get into the wrong hands will allow for women and girls to more easily and safely engage in social and political spheres of life. The struggle for gender equality continues, but the Arms Trade Treaty is another piece that helps strengthen the overall global empowerment of women and girls.

Call on President Obama to sign the ATT. The first day for UN member states to ratify is June 3; encourage the president to be among the initial signatories.

A number of U.S. senators are in the same company as Syria, Iran and North Korea, opposing the ATT. Contact them and voice your disappointment in their present dissent of the ATT and encourage them to ratify the Treaty. Senators James Inhofe (R-OK), Jerry Moran (R-KS) and Max Baucus (D-MT) are among those opposing the Treaty.