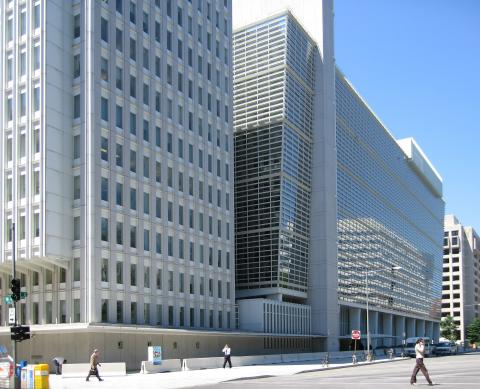 This article, written by Amadou Sy, was originally published on the Brookings Africa Growth Initiative’s Africa in Focus blog. It was reprinted in the May-June 2014 NewsNotes.

[In early spring in Washington, D.C., delegations from ministries of finance and central banks from around the globe come] to the World Bank-International Monetary Fund Spring Meetings. You can recognize them as the men and women in black outfits walking briskly on ... their way to meetings. Some of them will be from Africa, and I am betting that they will be discussing the following three issues.

The impact of fed tapering: The IMF has warned that although the global economy has broadly stabilized, new obstacles have emerged. One of the major roadblocks the IMF has recently mentioned—the risk of heightened market volatility associated with the tapering of quantitative easing—has already had an impact on some African countries. In a recent blog, I discuss how Ghana, Nigeria and South Africa are the African countries most at risk from the February market turmoil. These economies are experiencing capital flow reversal and weakening currencies in addition to domestic challenges, such as higher-than-targeted fiscal deficits, an electoral cycle or structural deficiencies. I would now add Zambia to this list, as the country is being hit by portfolio reversal and lower copper prices.

For these countries, discussions with IMF experts about which instruments for managing the effects of capital flows reversal will take center stage. Such discussions will also include macroeconomic and structural policies to address existing longer-term challenges. Now, how about on the other side of 19th Street?

A bigger World Bank: World Bank President Jim Yong Kim recently announced a $100 billion increase in the lending capacity of the Bank’s lending arm for middle-income countries (MICs) over the next 10 years. This move follows a record $52 billion replenishment of the International Development Association (IDA), the Bank’s fund for the poorest countries, following the IMF-World Bank Annual Meetings last year.

These African MICs and soon-to-become MICs may become eligible to new loans, but should recognize that the larger lending capacity of the Bank will come at a higher cost. For instance, the Bank is restoring its 25 basis point commitment fee that it used to charge on undisbursed balances. This means that a country borrowing $100 million and not using the money will have to pay a fee of $250,000.

Given Africa’s large infrastructure funding gap, a bigger World Bank may be good news, as it will bring in not only more financial resources but also more technical assistance. But the World Bank is not the only one with an increased interest in Africa. These days, everybody from Beijing and Tokyo to Washington D.C. to Brasilia via Brussels is interested in Africa. The real issue is, therefore, whether African policymakers will make the best out of this growing interest.

I would suggest that, in parallel to the spring meetings, top African policymakers (not the governors and ministers but technocrats such as chief economists and reform team leaders) meet to compare notes and discuss the best way to refine current strategies to transform the continent’s economies. At least, meetings along the lines of existing regional economic communities would be useful. ...

Conflicts: Finally, I suspect that delegations will discuss the dire situation in the Central African Republic (CAR) and South Sudan. It is not at all premature to start preparing now for the economic engagement of the Bretton Woods Institutions once peace resumes. These will require a long-term re-engagement of the international community with not only well-targeted technical assistance but also sufficient funding to kick-start the economy and rebuild institutions. The work should not wait for the arrest of hostilities.

There is a consensus on both sides of 19th Street that growth in sub-Saharan Africa will continue at a strong pace in the short term. African governors may therefore be tempted to start the spring meetings with a sense of accomplishment. That would be the wrong attitude. Africa’s growth is still jobless and its youth bulge shows no clear sign of becoming a youth dividend. The current positive growth prospects should be seen as windows of opportunity to lay the basis for a higher, sustainable, and more inclusive growth. The policies to achieve this goal should be homegrown and the Spring Meetings provide a good opportunity to test them.