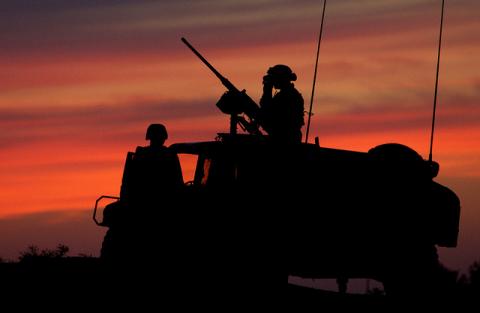 An emerging ecumenical paradigm called “justpeace” offers a fresh way to view and analyze conflicts. This gives rise to the realization of a broader set of smart, effective nonviolent practices to engage hostile conflicts. See below for a recent example of this approach initiated by the ecumenical Faith Forum for Middle East Policy. The initial number of signers to the letter was 53; as of September 15 the total is 65.

A PDF of this letter is found at the bottom of the page.

As religious communities, leaders, and academics, we write to express our deep concern over the recent escalation of U.S. military action in Iraq. While the dire plight of Iraqi civilians should compel the international community to respond in some way, U.S. military action is not the answer. Lethal weapons and airstrikes will not remove the threat to a just peace in Iraq. As difficult as it might be, in the face of this great challenge, we believe that the way to address the crisis is through long-term investments in supporting inclusive governance and diplomacy, nonviolent resistance, sustainable development, and community-level peace and reconciliation processes.

Pope Francis has affirmed that “peacemaking is more courageous than warfare,” and more recently said that “it is licit to stop the unjust aggressor. I underscore the verb ‘stop;’ I don’t say bomb, make war -- stop him.” But how, we ask?

In addition to the complex factors spilling over from the civil war in Syria and pressure from other neighbors, decades of U.S. political and military intervention, coupled with inadequate social reconciliation programs, have significantly contributed to the current crisis in Iraq. More bombing will ultimately mean more division, bloodshed, recruitment for extremist organizations, and a continual cycle of violent intervention.

The current state of crisis and the breakdown of state institutions in Libya provide another stark example of the failure of a militarized strategy. Like Libya, the air strikes in Iraq will ultimately fail to build and maintain sustainable peace in the long-term.

We understand and deeply share the desire to protect people, especially civilians. However, even when tactics of violent force yield a short term displacement of the adversary’s violence, such violence toward armed actors is often self-perpetuating, as the retributive violence that flares up in response will only propitiate more armed intervention in a tit-for-tat escalation without addressing the root causes of the conflict. We see this over and over again. It is not “necessary” to continue down this road of self-destruction, as Pope Francis called the hostilities of war the "suicide of humanity."

There are better, more effective, more healthy and more humanizing ways to protect civilians and to engage this conflict. Using an alternative frame, here are some “just peace” ways the United States and others can not only help save lives in Iraq and the region, but also begin to transform the conflict and break the cycle of violent intervention. To begin, the United States should take the following steps:

With hope, deep-felt prayers, and a splash of courage, we ask you to move us beyond the ways of war and into the frontier of just peace responses to violent conflict.

Provincial Council of the Clerics of St. Viator (Viatorians)

Jude A. Huntz, Director
Office for Peace and Justice
Archdiocese of Chicago

Photo of U.S. infantry in Iraq (2004) used courtesy of Creative Commons on Flickr.