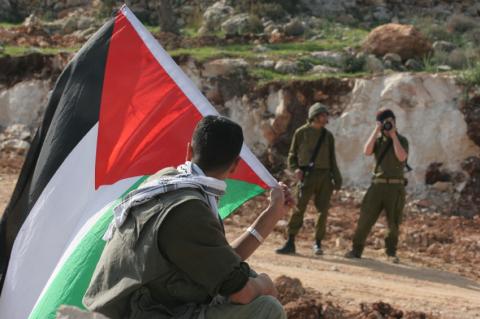 Monday, November 19: This morning’s Washington Post reports that 91 people have died in the most recent Israel-Palestine conflict. Our hearts break with the families and loved ones of those who have been killed, and we lift our prayers that this latest round of bloodshed will end soon.

The U.S. Campaign to End the Israeli Occupation writes, “Israel’s attacks against the Gaza Strip are being committed with U.S. weapons given to Israel as military aid by the U.S. taxpayer. These weapons are being misused by Israel in violation of the U.S. Arms Export Control Act to commit grave human rights abuses of Palestinians.”

• Join an emergency demonstration or organize one yourself. Use the link to find emergency actions planned across the country.

• Write and call President Obama demanding that he exert diplomatic pressure on Israel for an immediate cease-fire and initiate an investigation into Israel’s misuse of U.S. weapons to commit human rights abuses of Palestinians.

• Visit the U.S. Campaign to End the Israeli Occupation to learn more.

These are a few of the many websites that have information and analysis on the current situation:

The real enemy in Gaza, a reflection by A. Daniel Roth, posted on Waging Nonviolence, November 20